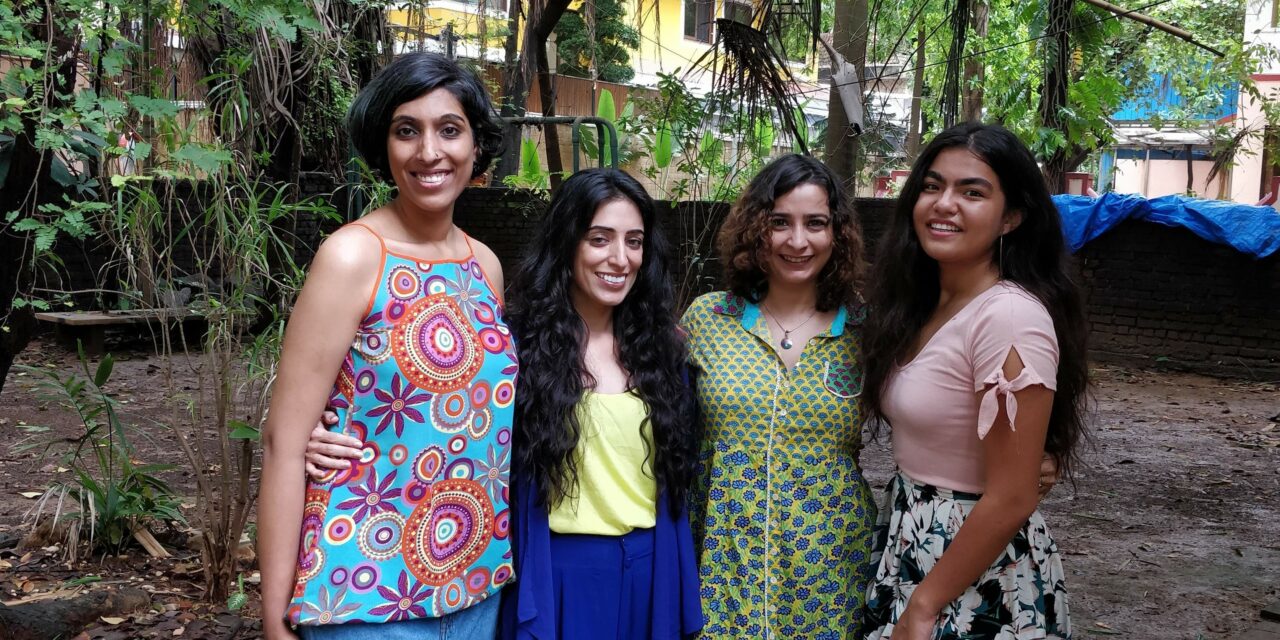 Change matters: The Mumbai cast of "When The Rainbow Is Enough."

That theatre is a tool for social change is an idea implicit in the workings of many groups, but there are some practitioners who might make it their raison d’être. The Bengaluru-based Sujatha Balakrishnan’s company is titled rather self-explanatorily, Theatre for Change. It is a not-for-profit initiative that she began in 2015, inspired by the methodologies of such visionaries like the Brazilian theatre activist Augusto Boal, whose work is known as the Theatre of the Oppressed (TO). This form is notable for the manner in which it inspires members of an audience to become agents of change- from spectators they are transformed into “spect-actors”.

As Balakrishnan puts it, “The purpose of an art form is defeated if there is no underlying social criticism of political outlook”. Boal set up performances in which social dilemmas in need of resolution were presented, so that the audience and actors together formed a “forum”, with the players stepping in and out of a scenario to transform its outcome. While Balakrishnan doesn’t take up these elements of forum theatre in her work, When the Rainbow is High Enough, the show is invariably followed by an interactive and often revealing session.

The title of the piece comes from Ntozake Shange’s For Colored Girls Who Have Considered Suicide/ When the Rainbow is Enuf, which also informs Balakrishnan’s play structurally. Shange’s seminal work premiered in 1976, and is an important signpost in the representation of marginalized voices- here, African-American female survivors of racism and sexism- on stage. She combined “real speak” poetry with lyrical movement to create what she termed a “choreopoem”. This form of dramatic expression, now found in the works of other dramatists as well, “[focuses] on creating an emotional response… rather than relying on plot, characters, and structure,” wrote artist Rory Dean. Similarly, Balakrishnan’s piece harnesses music, text, and dance to create her own choreopoems, albeit with newly written material suitable to Indian contexts. Most importantly for her, and in a departure from Shange, the “actors” on stage perform their own stories- an important tenet of contemporary documentary theatre.

Theatre for Change’s journey began with a 15 minute performance piece called Udaan, in which a borderline autistic person took the stage as part of a choreographic interlude, even as spoken passages detailing events from her own life accompanied the performance as a voiceover. “As a former teacher and counselor for children with learning disabilities, I have been appalled at the way special needs children are isolated from society, in their so-called special schools,” says the 62 year old director.

The first work, written by Rebecca Ananya Mathias, sought to create awareness for the “invisibilized people” at its focus. But it also provided, in many ways, a space for validation and affirmation for those who participated in its making, which included both care-givers and children living with such debilitating conditions as Down Syndrome.

When the Rainbow is Enough, of which Balakrishnan has staged 12 shows, similarly seeks to bring to the surface repressed identities and emotions. Each show is performed by a different selection of performers, many of whom might be setting foot on stage for the first time. For instance, in its earliest iterations, Balakrishnan only auditioned women who were above the age of 50, as the project stemmed from her response to age-unfriendly casting for television and film. The presentation, while implicitly a comment on ageism, also benefited from the richness of experiences contributed by its players, which the director compiled into short monologues. Another edition was based on the impasse between grandparents and grandchildren. Earlier this year, a performance in Bengaluru featured female cabdrivers and a transgender activist. While the choreopoems in each performance are sometimes not thematically linked, Balakrishnan states that they are bound by the strand of sisterhood. This is a maker for proudly wears her social conscience on her sleeve.

This article was reposted with permission from The Hindu. It was first published on August 13th, 2019.