“To the Steel-Helmet Wearers,” or, an Invocation of “Mother Courage” 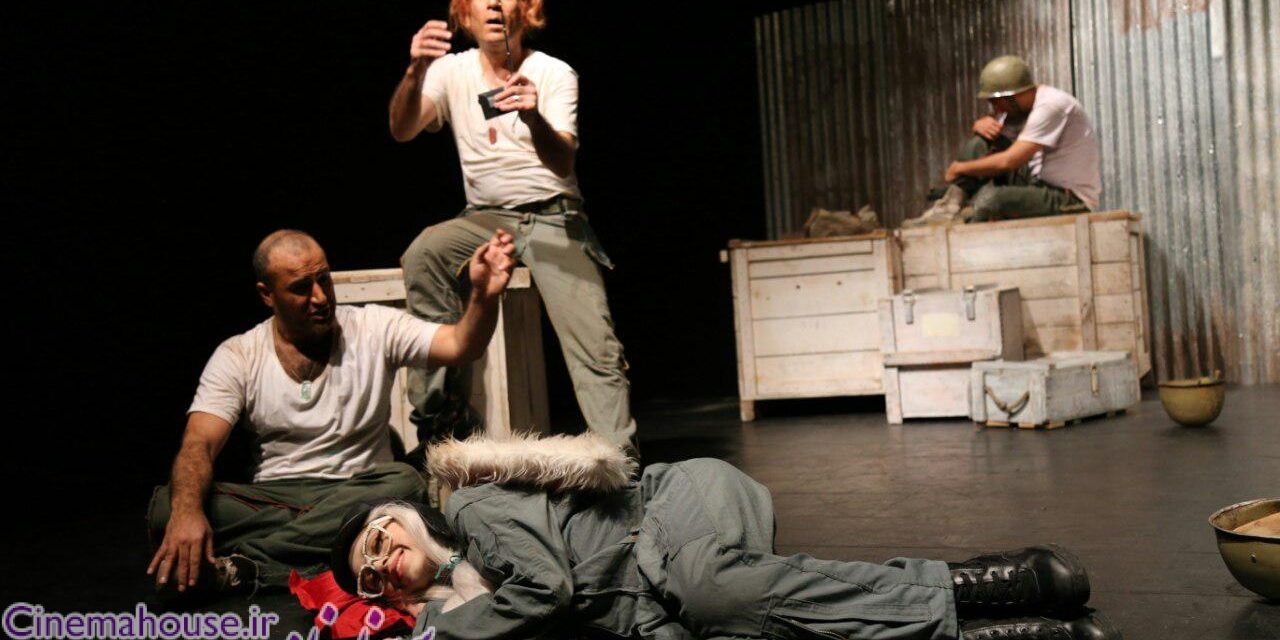 To the Steel-Helmet Wearers, written and directed by Pejmān Abdi, is a tragi-comic fantasy about war which succeeds in keeping the audience fascinated throughout the one-hour performance. It was on stage in Bārān Venue, Tehran, in February and March 2017.

Three soldiers who are killed in the war are waiting to board a spaceship. The machine, according to the Angel of Death, is supposed to transfer them to the Hereafter. However, their trip will only be possible if all the seats on the vehicle are filled. Therefore, the three are waiting impatiently for the number of casualties to rise to 200, and desperately looking forward to more reports of new deaths. This seemingly never-ending wait, along with the soldiers’ conflicts with each other and with the Angel of Death, creates a grotesque limbo full of suspense, absurdity, and paradox, suggesting the meaninglessness and stupidity of war.

The first half of the play consists of conflicts between the two ghost-soldiers from opposing sides. Arpiagee is a representative of a country superior to that of Kalashinkenov’s in terms of civilization and culture, so he tries to prove his higher position by belittling and mocking the latter. It is as if the war between the countries, fought over the ownership of an island, continues between these two ghosts in miniature. Meanwhile, employing bitter sarcasm, the Angel of Death unmasks the seemingly heroic deeds of the soldiers and exposes their selfish and spurious motivations. The soldiers, who have sacrificed themselves to defend their country, are now counting the seconds for the battle to get worse and the number of casualties to grow. Victory or defeat no longer matters to them; their sole wish is that the spaceship be filled with more and more killed soldiers. That is, their freedom from the situation they’re trapped in will happen on the condition that the war continues as bloodily as possible. This condition puts the play into an intertextual dialogue with Bertolt Brecht’s Mother Courage, in which war is a gift from God for the antihero, and her prosperity depends on it.

The most outstanding feature of the play is the highly effective use of humor, abundant in dialogue and actions but employed in an admirably controlled way. This humor is not driven to horseplay and buffoonery in any part of the play. While making the audience laugh, the sarcasm and humor keep their minds active and alert. Humor creates a distance between the audience and the stage, giving them the chance to think about the absurdity of war. The absurdity is epitomized in the soldiers’ anger at hearing the news of an unexpected truce, which to them means only that there’s no longer a chance of their leaving limbo.

The cast has been selected based on sound judgment. Mahtab Shirvāni, Mohammad Ali Hosseinpour, Misāgh Zāreh and Pejmān Abdi all have the outstanding verbal and physical skills needed for their roles, and are quite capable of performing humorous actions and dialogue. The cast’s high proficiency and control testified to a rigorous rehearsal schedule.

Each of the four characters has a distinct individual identity and is characterized as much as needed. The director is sensitive enough to keep the beat of the action high throughout the play. One of the best examples is introducing the third ghost, Doshenkov, after a large portion of the play has passed between the two enemy ghosts, and when the audience is not expecting a new character. Doshenkov’s introduction to the play breathes new life into it and drives the dramatic action in a new direction.

The play has other strengths, such as the effective use of music and minimalist decoration. The sole props on the stage are a rough metallic wall separating limbo and the world of the living, and the white wooden boxes, which seem to contain ammunition and are also used as seats.

Overall, none of the dramatic elements imposes themselves on the audience, and all are in service of the play’s main goal, which is to depict the absurdity and meaninglessness behind the soldiers’ heroic bravery and patriotism. Even Arpiagee, who throughout the play boasts of the bravery of Arthur, his country’s legendary hero, realizes the hollowness of this myth. 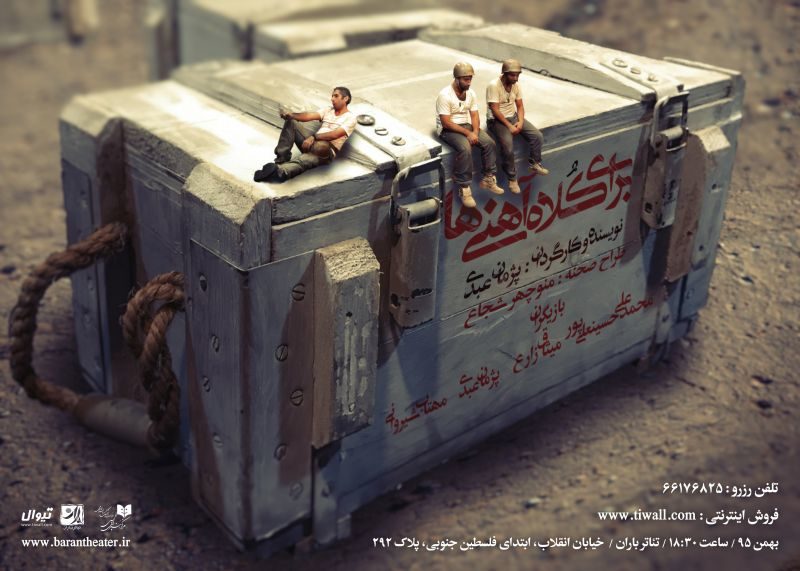 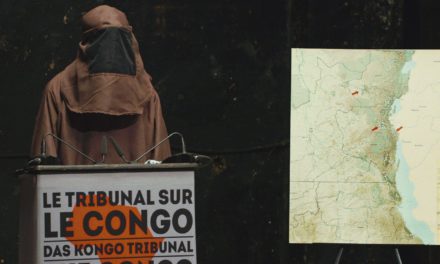 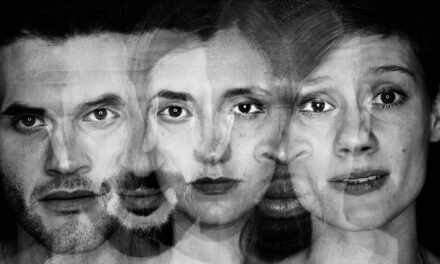