Six Must-Watch Plays At The Theatre Olympics In Mumbai 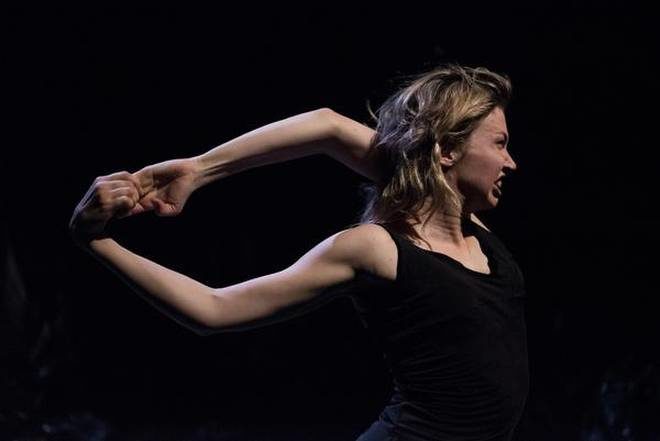 The Mumbai tour will be its final leg, with the closing ceremony slated for April 8 at Worli’s Nehru Centre.

Finally, the juggernaut hits Mumbai. The eighth Theatre Olympics, organized by the National School of Drama, and supported by the Ministry of Culture, opened last month in Delhi with much fanfare and equally, manifold murmurings of discontent. Past editions have been organized in cities like Shizuoka, Seoul, Beijing, and Wrocław, and this year’s slate of productions is certainly humongous, spanning 17 Indian cities with 465 performances (almost a mind-boggling ten-fold increase from the Beijing edition in 2014) from more than 35 countries (although the huge bulk of performances are from the host nation). This immediately conjures up notions of excess and indulgence, of quantity rather than quality, of wasteful public spending, of an insular state player trampling willy-nilly over a fragile arts eco-system that it otherwise does little to nourish or sustain. However, the bewildering abundance of theatre to wade through could well have proved to be rewarding for some people, but the verdict is still out on that. The Mumbai tour will be its final leg, with the closing ceremony slated for April 8 at Worli’s Nehru Centre, one of the festival’s two venues in the city—the other one being the Ravindra Natya Mandir in Prabhadevi.

Here are some choice picks from the Mumbai itinerary.

Directors Atul Tiwari and Saba Zaidi Abdi collaborate on an Indian production of Molière’s masterful comedy Tartuffe, which will unfold in the mien of a rip-roaring Parsi theatre production. Tiwari has adapted the original text into Hindi, with a nod to the Indian audiences in Australia, where the play opened under the aegis of the Sydney-based Adakar Theatre and Cultural Group. The “social comedy” draws from the Indian cinematic canon, such as Raj Kapoor’s Shri 420, and peppers the source material about a common swindler in the garb of a religious ascetic, with observational satire about diaspora living.

Abhilash Pillai’s Avudai introduces us to the eponymous character from 18th-century Tamil Nadu, who was widowed at just seven. A chance encounter with Hindu saint and composer Sridhara Venkatesa Ayyaval, allows Avudai to immerse herself into Vedanta, and emerge as the famous poet-saint of Senkottai, who has left behind a legacy of more than a 1,000 devotional compositions in Tamil. It is a collaboration with Delhi-based dancer Seema Agarwal, percussionist Jijo K Mathew (who plays the mizhavu) and actor Dilip Shankar, each of whom brings out myriad facets of Avudai’s life in a non-linear telling.

An intense physical performance from Sabine Molenaar, Almost Alive is an excursion into the possibilities and paradoxes of her own body. Against a backdrop of black plastic sheeting, Molenaar tries to unleash the beast within, while providing a sense of its fragile beauty, in a solo-work that demands an utmost level of concentration and focus and is a feat of physical endurance. It draws us into an inner world that is a dark universe in itself, but also unremittingly liberating. It is a piece that has done the rounds of several international festivals but is of fairly recent provenance.

The Restaurant of Many Orders

Back in India after a run in 2013, The Restaurant Of Many Orders was noted Japanese auteur Hiroshi Koike’s first production after he disbanded his international performing arts company, Pappa Tarahumara. The play is based on Miyazawa Kenji’s short story for children and fuses text with a sweeping score and both contemporary and traditional expressions and movements. Men and animals roam the turf to create a profound yet accessible dance theatre performance that plays well to children and their adults alike. The cast of three—Tetsuro Koyano, Sae Namba, and Ayako Araki—are hunters looking for food in a storm.

The Walkabout Theatre Company from Chicaho has a signature style which will be more than amply exhibited in The Brink! or Nobody’s Ever Kissed Me Like That, directed by Thom Pasculli. The blurb intriguingly reads, “In a cafe at the edge of the world, on the brink of existence, the Walkabout ensemble is dying to sing and dance, to draw the curtain on our last-ditch desires, and to reveal the transformative beauty of our shadow selves.” The performance draws from iconic American pop music and jazz standards, the poetry of Gertrude Stein and Ann Carson’s essay The Gender Of Sound.

Both theatrical minimalism and an opulence of expression are the hallmarks of the late Kanhailal’s spell-binding adaptation of Rabindranath Tagore’s Dakghar, in which the 70-year-old Sabitri Haisnam plays the role of the young terminally ill patient, Amal. Haisnam’s delineation of the part relies not only on the sparing use of text but also on a powerful non-verbal and somatic evocation that provides compelling expression of a young man’s soul, especially one who is at the very cusp of existence. Kanhailal weaves in the socio-political, as he creates a stirring metaphor for Manipur’s colonization by the mainland.

The article originally appeared in The Hindu on March 23, 2018, and has been reposted with permission.