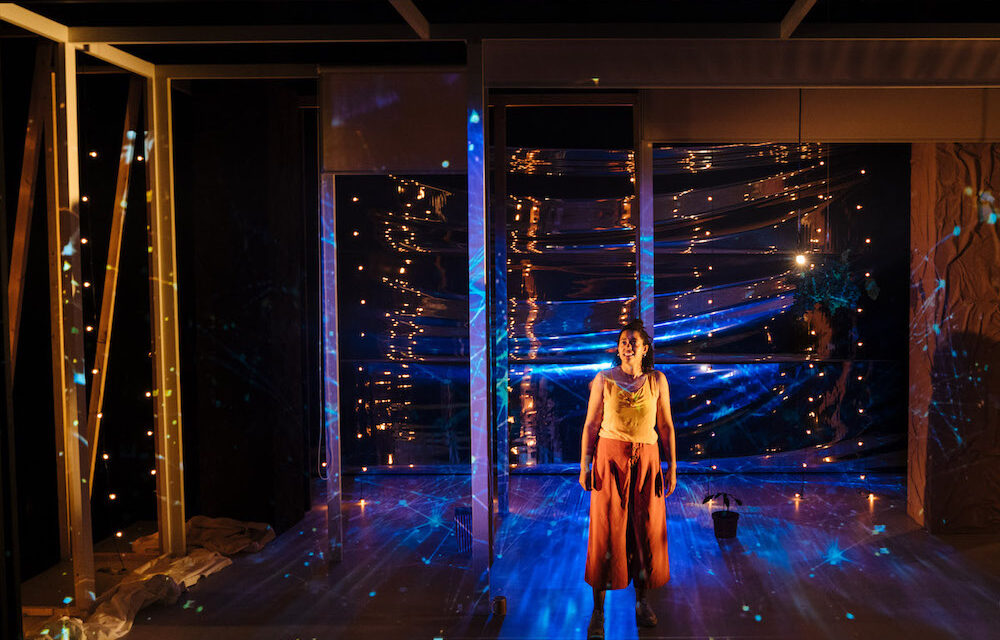 Love is the most difficult four-letter word. And platonic love is perhaps the hardest kind of emotion to write about well. But it’s the central subject of Amanda Wilkin’s Shedding a Skin, and she describes it beautifully. This 2020 Verity Bargate award-winning one-woman show, which has also been shortlisted for the Susan Smith Blackburn prize, had a sell-out run in the summer of 2021, and now the Soho Theatre brings back this heartwarming story, whose effect is heightened because the playwright herself takes centre stage.

Wilkin plays Myah, a mixed-race thirtysomething who loses her temper at work when she is enlisted by her unsympathetic “biscuit bossman” for a photo shoot in which the tiny number, three in fact, of black and brown workers in this huge company are being used as evidence of the success of the enterprise’s diversity policies. Myah’s passionate criticism of the fakery of this gesture leads to her being sacked, and the crass reaction of her “swamp man” boyfriend results in an immediate split up. After a short pause at home, and some sofa surfing, she moves into a rented room on the 15th floor of a tower block, sharing the flat with her landlady, an elderly Jamaican woman called Mildred.

Despite its feel-good comedy–and Wilkin makes sure that satirical laughs come thick and fast–this is quite a serious story about human connection. At the start of her monologue, Myah really does not know what to do with her life: she is alienated from her family, alienated at her dead-end jobs, alienated from her more mainstream friends, and alienated from the unsuitable men she dates. Her loneliness is mirrored, in a different key, by Mildred, who came to London from Jamaica in 1962, but whose flat — with walls empty of photographs — suggests an absence of close relationships. To Myah, it also implies her landlady’s unspoken griefs.

What Mildred does have is a rapport with members of her community, and Myah gradually begins to learn the names and characters of the other residents, as well as those of shopkeepers, street folk and other locals. Having cut herself off from her former friends, she strikes lucky when Kemi, a co-worker in her new job, turns out to be a fun character. She is definitely beginning to heal, but Wilkin’s point is that reconnecting to other people is not easy. In order to connect, you have to tell the truth, however ugly or unpalatable. But telling the truth hurts. And it rubs people up the wrong way. Shedding your skin can sometimes feel like shredding your feelings.

So the relationship of Myah and Mildred has to confront the conflict of their initial prejudices about each other. Both women have to get over the rough love of truth telling in order to reach the embrace of friendship, the chance of a real connection. As the adverts say, what doesn’t challenge you won’t change you. If the course of platonic love does not run smooth, Wilkin shows how rich the emotional rewards of human connection can be. And there is a wonderfully warm pulse of positivity in this evening, which appealingly mixes laughter and tears.

The main problem for me was that this show is so more-ish that I wanted more than Wilkin can give in its 80 minutes of running time. Firstly, I wanted to know what happens next to Myah, Mildred and Kemi, and secondly, bearing in mind the racial implications of the piece’s title and Wilkin’s passing mentions of skin colour, I would have loved to know more about Myah’s experiences of being mixed race. But these are small grumbles about a show that is written in a brilliantly engaging way, with sharp insights peppering the comedy and vivid incidents thrillingly recounted.

Director Elayce Ismail stages the show with a compelling sense of control and visual beauty. Along with designer Rosanna Vize, she begins the story with a picture of Myah confined in a narrow opening of the beige set, an excellent image of her loneliness and the desperate constraints of her existence. Gradually, as Wilkin lovingly performs the monologue, the set opens up while her character grows in confidence. At the same time, the narrative is punctuated by several mini-moments, each of which is an example of human connection, given a spacey excitement by Nina Dunn’s projections. Yes, connection really can turn your head.

Wilkin has an attractive stage presence because she is unafraid to suggest Myah’s vulnerability without exaggeration, as well as her defiant charm, and she also enacts the other characters — mainly Mildred and Kemi — with cool composure and complete conviction. As the story widens to embrace the past struggles of black people in Britain during a time of sexual experimentation and liberation, there is a distinct pulse of gender fluidity in the show. In the end, Wilkin’s charm and sincerity carry the evening, which climaxes in a brilliant image that combines platonic love with political defiance. You won’t regret, if you can pardon the wordplay, shedding a tear.

This article was originally published on sierz.co.uk on March 7, 2022, and has been reposted with permission. To read the original article, click here. 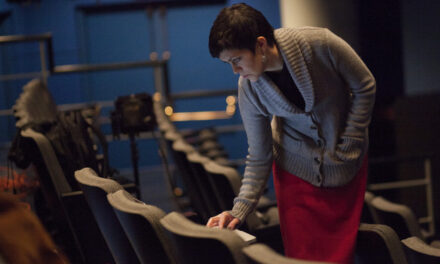