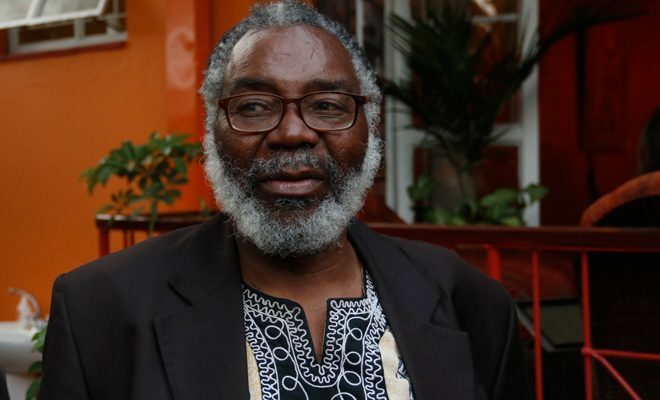 The late Stephen Chifunyise rarely wrote about politics. He was more fascinated with social issues that take place within a domestic setting. Even where he attempted to meddle in politics such as in Love at Crossroads, the main focus was on love with politics remaining incidental. Chifunyise’s post-2008 plays, Ritual, Waiting for Constitution and Heal the Wounds are deliberately political, but restorative. This preponderance with politics was because he had left government employment and found it easy to speak back to power without the limits offered by his diplomatic obligations.

Having said this, much of Chifunyise’s dramatic oeuvre is preoccupied with domestic themes centering around traditional issues such as herbal charms in Medicine for Love, lobola in Not for Sale, chiramu (sexual innuendoes with one’s wife’s younger sisters) in Muramu and erectile dysfunction in Wedding Night. Never has Chifunyise given himself so much poetic license as in the play Intimate Affairs. Here he talks about a tabooed subject in most African societies – sex. And he is explicit.

The subject of sex cannot be brought into the public sphere in most African societies including some Asian cultures. It can only be tackled in appropriate circumstances such as zvirevereve/madanha emumugudza (sexual poetry) where a Shona wife chants explicit poetry in praise of her husband’s sexual prowess in bed. Only these two can partake in this art form under the cover of their blankets. 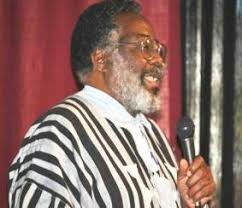 The subject could also be tackled at the gender-segregated meeting place, dare/enkundleni where a more elderly man would advise younger men on how to charm a wife. When the issue of sex had to be brought on Zimbabwean radio under the program, chakafukidza dzimba matenga, the program anchor, the late Jabulani Mangena, politely asked listeners to be circumspect by listening to it separately or switching off their radio sets.

The subject of sex was also not permissible on North American and European stages until the emergence of early theatrical modernists of the late nineteenth century. Playwrights such as Ibsen in Ghosts, Strindberg in Miss Julie and Wedekind in Spring Awakening touched on thematically taboo topics such as sex and they were banned and/or fined in Europe and the United States where censorship laws were still operational at the time. For using a sexually explicit language, Dambudzo Marechera’s novel, Black Sunlight, was banned in Zimbabwe in August 1981 by the censorship board. This ban was lifted after Antony Chennells and Musaemura Zimunya appealed citing the existence of even more sexually explicit material in Zimbabwean oral literature such as madanha emumugudza.

The play opens with a psychologist, Dr. Mukuru, in his consultation room. He is talking to his secretary, Fadzai, who is offstage. As soon as he puts the receiver down, he dials his girlfriend, Susan, and they flirt on the phone preparing the audience for more explicit details. Mrs. Muto comes into the room and requests to speak to Dr. Mukuru privately in the absence of her husband. Mukuru insists that it is standard practice that he speaks to a couple.

Finally, Mr. and Mrs. Muto come into the consultation room. Mr. Muto immediately complains that nothing works in his marriage. On being probed further, he is reluctant to disclose the cause of marital problems. This hesitance is to underline the sensitivity of the issue of sex.

After beating about the bush, Mr. Muto finally complains about his wife’s private anatomy. He complains that she doesn’t have ‘dolls.’ This is a euphemistic name to refer to labia minora. In Shona, sexual organs cannot be stated by name in the presence of a company. Mr. Muto wants his wife to have them manually extended.

About half of all women have ‘dolls’ (labia minora) that naturally grow longer than the labia majora at puberty. However, for some women considered to have ‘innies,’ labia minora is covered by labia majora. Mrs. Muto apparently does not have ‘outies’ but ‘innies.’ This is a condition that Mr. Muto would like to have artificially changed by pulling them for three months. This, according to Mr. Muto, will make her “a real woman and making love will be great joy” (p. 8).

The psychologist prescribes a sex therapist to teach Mr. Muto how to practice foreplay. Muto rejects that and even the idea of being taught how to have sex by a female sex therapist. He wants Dr. Mukuru to prescribe his solution of growing labia minora. Muto thinks that his solution is in tandem with “our [Shona] traditions, customs and way of life” (p.9). Mrs. Muto’s views on the matter are not important. Muto wants it his way and tells Dr. Mukuru not to “mind what she thinks. Don’t listen to her. Don’t give her room to…” (p. 10). When Dr. Mukuru rejects patriarchal views, Muto storms out of the consultation room. At that very time, there is a knock at the door and another couple, Mr. and Mrs. Gumbo, enters the consultation room. The story that was unfolding is suspended and another episode begins.

This is episodic writing on the part of Stephen Chifunyise. This resembles Arthur Schnitzler’s writing in Anatol where each episode is a standalone story linked together by the main character, Anatol, who is present in all episodes. In this case, the linking character is Dr. Mukuru while the rest of the characters keep on changing and bringing in new stories. The beauty of this writing is that the stories relate to one thematic preoccupation – sex.

The next couple begins the conversation with the psychologist with the same hesitancy of Mr. Muto. In this episode, again, a male character is the complainant. It is as if women are inherently satisfied by their men all the time and have nothing to complain about. Mr. Gumbo complains that his wife’s vagina is “too cold and too wet” that he feels she is “like a flooded river” (p. 12).

The psychologist thinks that this is a good sign of foreplay lacking in the previous couple. However, Mr. Gumbo dismisses this wetness of the vagina and like Mr. Muto, he has a solution. He would like his wife to take some traditional herbs that would make his wife’s vagina hot, tight and dry. Mrs. Gumbo is against this idea for the reason that those herbs had been proven to cause cervical cancer.

Dr. Mukuru concurs with Mrs. Muto setting the stage for a major conflict between the two sides – tradition and science. The idea of pleasure is contested. Mr. Gumbo derives sexual pleasure when he has dry sex while Mrs. Gumbo and Dr. Mukuru insist on learning to appreciate the goodness of nature which allows glands to lubricate the vagina when a lady is sexually stimulated by a man. Purporting to speak for all men, Mr. Gumbo shouts “who is that man who enjoys making love in a cold or flooded …eh…eh? [vagina]. I mean you may call it dry sex, but every man prefers it” (p. 11). Like in the previous episode, there is an underlying assumption that sex is for the pleasure of men and not women. Mrs. Gumbo breaks her silence and complains that Mr. Gumbo has premature ejaculation. As soon as he has his orgasm he sleeps. “He never allows me to have an orgasm. He thinks wives should not have an orgasm” (p. 12).

Failing to get his way Mr. Gumbo storms out of the consultation room. Although nothing has been resolved, the happiest person is Mrs. Gumbo because she has finally opened out to her husband. The episode comes to an end with nothing solved. Dr. Mukuru’s girlfriend, Susan, comes into the consultation room and Dr. Mukuru wants to find out if Susan has expanding labia minora. This is an attempt to tie the loose ends. The play comes to an end with Susan lying on top of Dr. Mukuru on the consultation bed. Never in Stephen Chifunyise’s writing has he been so direct and explicit. Chifunyise had been widowed in 2004. He actually dedicates this play and the book to his late wife, Tisa.

What is interesting about the subject of sexual orgasms and pleasure is that it is contested. In parts of central and east Africa, some ethnic groups require that the ‘dolls’ (labia minora) be cut off from every woman in what the West calls Female Genital Mutilation (FGM). In these spaces, men prefer sex with women without labia minora. In much of southern Africa, men prefer women with outies or extended labia minora. I have also learned that some women in Western countries who develop too big labia minora at puberty may choose to go to a plastic surgeon to have them right-sized and tighten the vagina. This is not given the pejorative term, FGM.