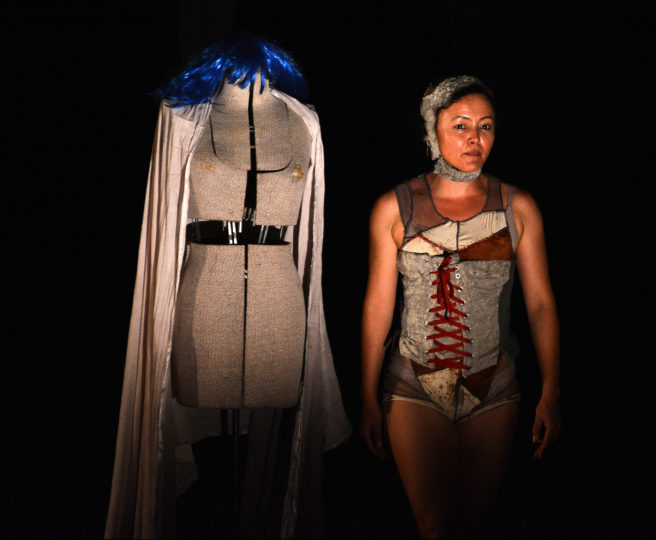 The provocative one-hander Womb Of Fire by The Mothertongue Project recently had a three-week run at Cape Town’s Baxter Theatre. The play won prizes at the Stellenbosch Woordfees for Best Actor (Rehane Abrahams), Best Director (Sara Matchett) and Best Play (Womb Of Fire).

The Mothertongue Project started when Abrahams and Matchett came together over a cup of chai in a Mumbai kitchen in 1999. Actress/writer Rehane Abrahams persuaded Dr. Sara Matchett to direct a piece she was writing. She described the work as seminal and that it would mark a transition into a new way of being for her.

Back in South Africa a few years later and after a rewarding run of What The Water Gave Me in Cape Town, they were faced with a choice: to either continue and grow their organization, which had been established for funding purposes or abandon it and carry on with their individual lives. “Rehane and I chose the former.” 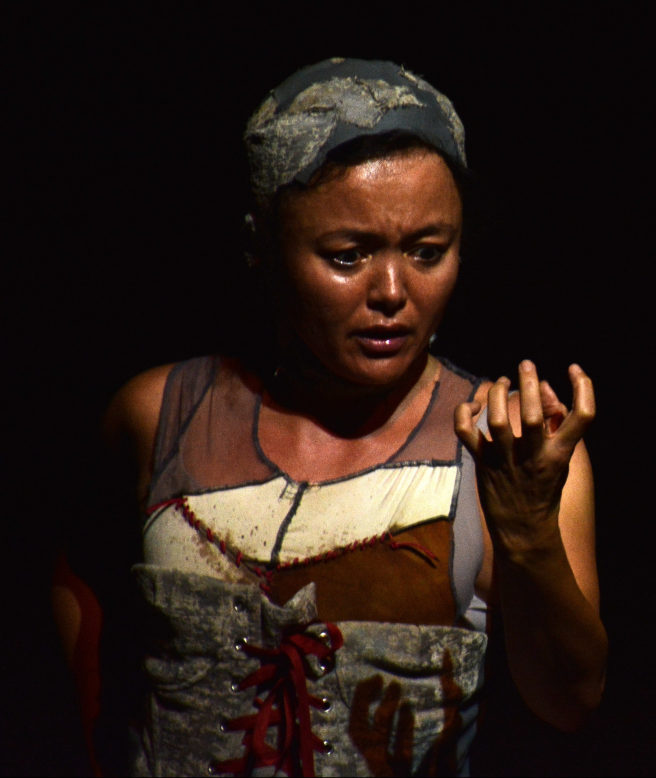 “The need for a women’s arts collective–one that focused on women creating and performing theatre inspired by women’s personal stories–became apparent in terms of the role it would play in redressing gender imbalances historically prevalent in South African theatre.”

“The necessity to challenge the silencing and marginalization of women’s voices in theatre was evident. The Mothertongue Project was officially formed in 2000.”

In 2010, while visiting her parents in Cape Town, Abrahams ended up staying longer than intended and with her mother (Cass Abrahams) grieving the death of her own mother developed an interest in her maternal ancestry – her grandmother’s grandmother.

“My mother writes in her most recent book, how her mother finally admitted Khoekhoen (or “Hotnot” as she said) ancestry as she was in the process of dying. It moved my mother and she herself expressed a strong desire to connect with her Kat Rivier ancestors and retrieve a long denied and erased Khoekhoen connection.”

Abrahams was hospitalized at the time and with a lot of time on her hands, she began writing and dreaming.

“The time in hospital delirious with pain medication gave me some of the text used in Womb Of Fire–a corn kernel if you will of the text–that had to do with blood, and the stories carried by mitochondrial DNA which is passed from daughter to daughter.” 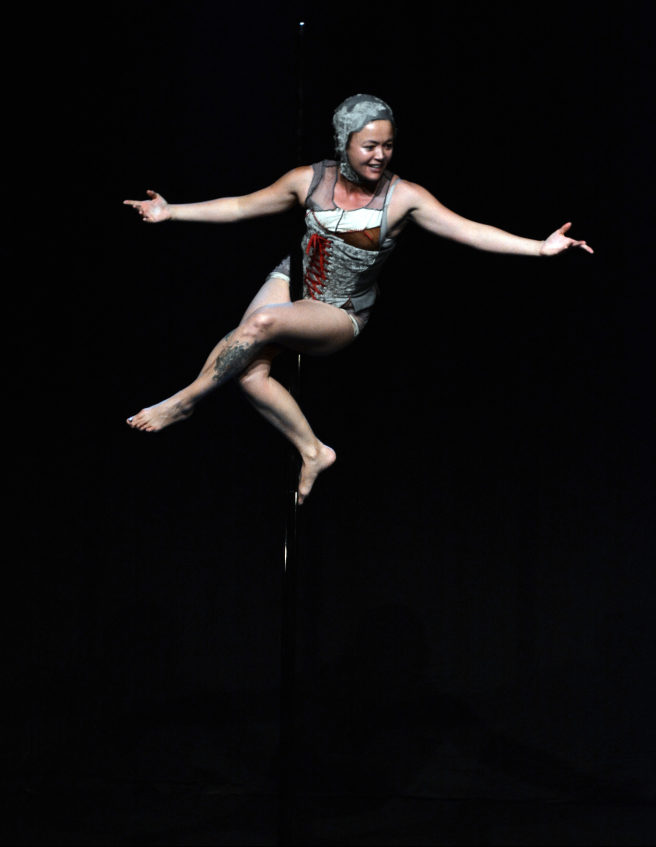 “Of course, I told Sara about this and we talked about making a play that would pull me closer to the earth where I was born, through my motherline in a sense. In a way, I was growing tired of drifting untethered from the South African soil.”

Matchett tells of yet another connection in the multi-layered play.

“I had the fortunate opportunity of spending a week at Kalakshetra Manipur in October 2012, as part of a Ph.D. research visit to India.  My experience was a deeply transformative one on many levels.”

Kalakshetra Manipur is a theatre company founded by Heisnam Kanhailal, the husband of Ima Sabitri, who started as a child star of Manipuri Opera theatre in the 50s, but later joined her husband and devoted herself to experimental theatre best described as “a fusion of instinctive physical movements with a hard-hitting political aesthetic.”

“The experience of living in residence with the couple and the company of young actors, afforded me the opportunity to engage with them beyond the theatre practice.  I felt that the sense of community that they inculcate, deeply informs the work that they make. I was particularly struck by Ima’s sense of playfulness coupled with deep wisdom.

She and Abrahams later saw more work by the company together and the issues raised in their piece had profound resonances with women’s experiences in Southern Africa.

“I encountered the stories of Grote Katrijn van Pulicat and Zara, who are the other two characters in the play through the research of a remarkable man called Mansell Upham, who came to a rehearsal while he was visiting from Japan where he now lives; he gave us valuable insights and corrected misconceptions. He is also a descendant of Grote Katrijn and has conducted the most thorough research of her story, so it was imperative that he give his blessings.”

“The story unravels the first years of the [Cape] colony–our birth, our country’s Womb of Fire.”

“The two characters were based on my mother’s two grandmothers; one a Khoe woman from the Kat Rivier, who was a difficult person apparently, racist, vicious, and sexy, even into old age; and Zara written with my mother’s description of Mama Hendrika Jeggels in mind. My mother’s other granny was Catherine Prins who was half Scottish, half Tamil. She was sweet and dignified, the first certified midwife of color on the Rand and she gave us the sweetness, the love, and the tenacity of Grote Katrijn. Her journey also drew on my own experiences of India and Indonesia–Jakarta or Batavia in particular.”

The language also plays an important role and is selected for the audience it plays to.

“I wanted to express something of the polyglot nature of the first years at the Cape with the different languages. I speak Indonesian, which we used for Katrijn’s time in Batavia and baby words from Malayalam for India. For Zara, we use a smattering of Khoekhoegowab or Nama for words of deep significance. For the Woordfees run, we decided to try Afrikaans and asked Jason Jacobs to translate and it foregrounded different aspects in the text and deepened the characterisation. I loved the richness of switching linguistic registers.” 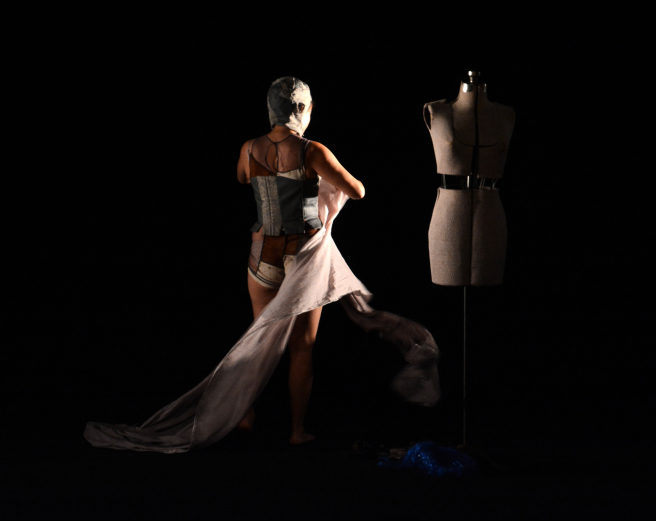 In its finality, Womb Of Fire, set against an episode of Indian epic The Mahabharata, interweaves personal narrative and contemporary realities with the lives of two women from the founding years of the Cape Colony to interrogate the Womb of Fire that birthed South Africa. Grote Katrijn (1681-1683) journeys across India to Batavia and then to Cape Town as the first female bandit slave; and the life of Zara (1648-1671), a Khoekhoen servant who was violently punished posthumously by the VOC for the crime of suicide, is explored. In performance, the power of the performing female body challenges the pornography of Empire, in the process decolonizing and retrieving itself. The play reaches back and forward across time to reassemble the dismembered body allowing it to speak.

“It is a roar, not a lament,” says Matchett.

And so much more. It’s a play of and for our time, exquisitely executed and accessible to everyone.

Womb Of Fire has been invited to the SA Women’s Arts Festival at the Playhouse in Durban in August as well as Afrovibes in the Netherlands in October and there’s also the possibility of an Indian City tour at the end of the year.

Read more from Diane at https://debeernecessities.com 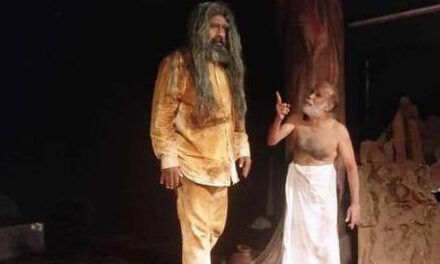 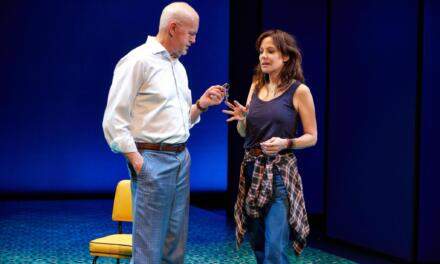