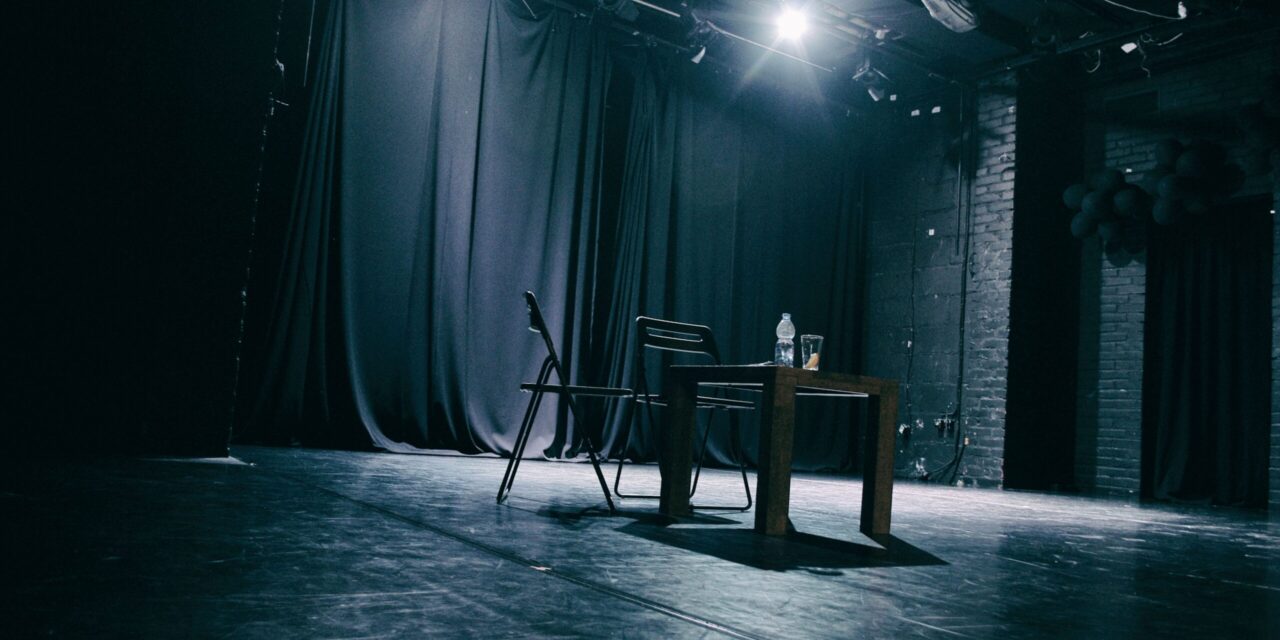 Can we be in two places at once? Can an event happen online and offline simultaneously? The current pandemic situation has taught us that we can overcome many problems. We can flourish despite all the apparent contradictions. We can be equally absent and present, in a classroom and in the garden at the same time. Even though the last year was extremely challenging in terms of the situations the pandemic generated, there has been a general technological advancement in society. And we have grown to explore the new circumstances. As a society, as students and teachers, we have learned to navigate the rough and unpredictable seas of the internet and technology. This year, the Between.Pomiędzy festival was a living proof that artistic events can happen simultaneously online and offline – we can be separately together. Despite physical longitude and latitude, researchers, students, and artists can meet with each other, all across the globe. If something good stays with us after the pandemic times, it could be the feeling that we can prosper even in the most difficult circumstances.

The Between.Pomiędzy Festival of Literature and Theatre in 2021 happened between 10 and 16 May. This is the second Between.Pomiędzy online festival. The events offered brought intellectual inspiration against a background of spring weather, singing and chirping birds, and the smell of flowers in full bloom. A feeling of hope for the future was strengthened by active student participation. The festival was supported, attended, and celebrated by students. They took part in a conference, presented their artistic work and research projects, and actively participated in all the events. Students from Arts Management and Theater Studies courses were engaged in organizing the festival as part of their internship practice. This year, the festival organizers – Tomasz Wiśniewski, Katarzyna Kręglewska, and David Malcolm – divided the events into three main parts: Youth, Literature and Theater, and Research. The three parts were interwoven with each other so the audience could freely choose their favorite events. The festival was free for participants, with the underlying message to support the local culture.

The first part of the festival – Youth – is mainly about education and students. The first events after opening the festival were aimed at high school and university students. The Island of Youth conference, organized mainly by Ewelina Stefańska and Małgorzata Woźniak, gathered over 50 speakers, across various levels, as BA, MA, and Ph.D. students presented the research they conduct at several universities across many countries. The students organized and attended the conference, and the panels were supported by the academic faculty from the University of Gdańsk and SWPS University of Social Sciences and Humanities (Uniwersytet SWPS) in Warsaw.

During the conference, members of the Student Association “Projector” presented artistic work made by Arts Management students. Other student artwork from the Arts Management course at the University of Gdańsk included a happening (offline) and a display of artistic projects (BA Practice as Research). In the online gallery, we could also see artworks of professional painters and photographers. The festival gathered together many events, such as an event about social inclusivity in the theater, the project Najdziwniejszy Androgyn (The Strangest Androgyn). In this part, we also had an education project about Tadeusz Różewicz, conducted by Joanna Lisiewicz, and a seminar offered by Ewelina Stefańska about local, regional literature from the Kashubia region in northern Poland. The festival is diverse and in a search for the meaning of the human condition in the context of contemporary times, the subjects shift from the regional to the global. Another speaker was Izabela Witoszko, an artist and entrepreneur who does research into Artificial Intelligence in Silicon Valley, California. She helped students to consider and answer questions about technology and creativity in the context of changing times, which was particularly relevant after over a year spent in front of the computer because of online classes.

Another significant part of the festival was literature and theater. This part gathers together literature, theater, and academic research. Exciting theater events were accessible online in the form of recordings, time-limited events, and online/offline performances. Pre-recorded events included professional theater companies and performances such as Anty-Gone (Part 2) by Song of the Goat Theatre, a premiere of Reality Disappears After Walking by DzikiStyl Company, Anhelli. The Howl by Teatr ZAR, and Beton by Teatr Miniatura. The last performance was not only an online event but could be accessed as an online/offline performance. Beton (Concrete) by Teatr Miniatura was a performance about an in/famous building and the architect who created and lived inside a particular massive communist-era block of flats. The building is situated in the Przymorze district in Gdańsk, and as a spinoff from the online recording, a performative journey around the physical space was organized. All the participants met online and followed the narrative and interactive tasks set by the actors. This part of the festival also included performances by the George Enescu National University of Arts in Iaşi (Romania), pieces such as Karnal, a physical theater performance, a musical entitled Tropical Phenomena, and an installation called Pan-Demon.

Time-limited events included a performance, Jak ocalić świat na małej scenie? (How to Save the World on a Small Stage) by Teatr Powszechny from Warsaw. This performance about the importance of ecology, ancestry, and microhistories was available for only 4 hours on the online theater platform. It was a personal production, as the narrative was constructed out of the personal stories told by the actors and the director. After the performance, there was a conversation with the director and the actors. They explained in detail the process of making this performance, how the stories developed, how the performance was composed, etc. Perhaps, this almost two-hour conversation would not have been possible if the meeting had been offline. Suddenly, the inconvenience of the technical glitches was minimized in comparison to the benefit that we could be together but in separate contexts (at home, in a studio, in a car, etc.). There was also the premiere of an entertaining radio play by Teatr Miniatura – Silna grupa ze śmietnika (The Strong Team from the Refuse Dump) directed by Iwona Borawska, and a time-limited premiere of a performative reading – Teatr BOTO Reads: Sybilla – where the sounds of voices and of intriguing narratives are interwoven with the sound of musical instruments.

Apart from online performances and poetry, this part of the festival also included Poems and Plays for These Days: An Academic Conference. For a couple of days, there were several Theater Studies and Literary Studies seminars. To begin with Theater Studies, there was a significant meeting with Kalina Stefanova and Marvin Carlson, who have recently published an important book about the region of Eastern Europe entitled 20 Ground-Breaking Directors of Eastern Europe (Palgrave, 2021). This meeting gathered researchers from the USA, Romania, the Czech Republic, and Poland, who discussed the role of theater in this region. Another influential meeting was about Theatre as a Social Institution led by Michał Lachman, with theater educators and practitioners from Poland, Germany, the Czech Republic, and the UK, sharing ideas and thoughts about the importance of the interaction between society and theater. Other events included a conversation with Jarosław Fret (Teatr ZAR, the Grotowski Institute in Wrocław) led by Octavian Saiu from Romania, as well as a conversation with Alicja Bral (Song of the Goat Theatre) conducted by Tomasz Wiśniewski.

The events about poetry and literature presented the work of world-class poets and artists. The key speakers were: Jen Hadfield, a British poet and visual artist, who read selected poems and presented how poetry can be merged with visual art; Paula Meehan, a major Irish poet, and playwright, and Mimi Khalvati, an important Iranian-born British poet. During the festival, there were many poetry seminars led by academics who specialize in poetry, such as David Malcolm and Monika Szuba. They were joined by Wolfgang Görtschacher from Salzburg and Jerzy Jarniewicz from Łódź. Seminars were held about Scottish poetry, about Reading Leśmian in English by Alan Lockwood and Żaneta Nalewajk, as well as Reading Różewicz in English by Joanna Lisiewicz and Jean Ward.

Academic research was strongly represented by the Beckett Research Group in Gdańsk. The organizers of the conference prepared international seminars, with participants from around the globe. The key focus of the meeting was a short play text by Samuel Beckett – Ohio Impromptu, written at Stanley Gontarski’s request in 1981. During the research group meeting, short films that illustrated the play were presented, as well as a thought-provoking presentation by Stanley Gontarski about reading Beckett’s work. The Research Group gathered international academics and artists, and the discussion was about the contemporary aspects of Samuel Beckett’s work. One of the adaptations discussed was an online performance of Waiting for Godot in Wuhan (China), directed by Wang Chong, a performance that was a tremendously successful event.

The festival happened between two languages; some events were in Polish and other events were in English. Selected seminars were delivered simultaneously in both languages, as interpretation was available during live transmission on Facebook. The majority of the events could be accessed either from the festival website or from its Facebook profile in the form of a live transmitted event. The festival was a fascinating maze of thought-provoking and inspiring events, from artworks, performances, and poetry to academic seminars. They were easily accessible everywhere around the globe. At the same time, the festival was local, as we could be in our gardens, our homes, on our balconies and still join in. The festival was free, so everyone could participate and, with the message to support local culture, the audiences could make a difference globally in their local communities. The Between.Pomiędzy Festival has become a platform where academic research merges with the world of art, and a global community is invited to participate. Research is current and asks questions about the contemporary world, so not only does research inform society, but society influences research. Therefore, over the years the festival continues to invite all participants to a productive conversation between the arts and theater, between research and society. Between people. Who are separate yet together. 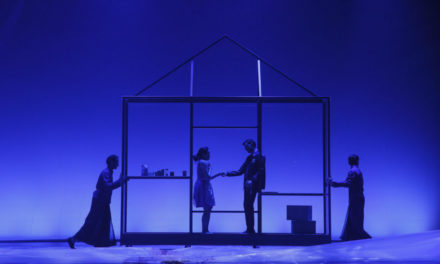 The NAC Comes Up Trumps With “carried away”