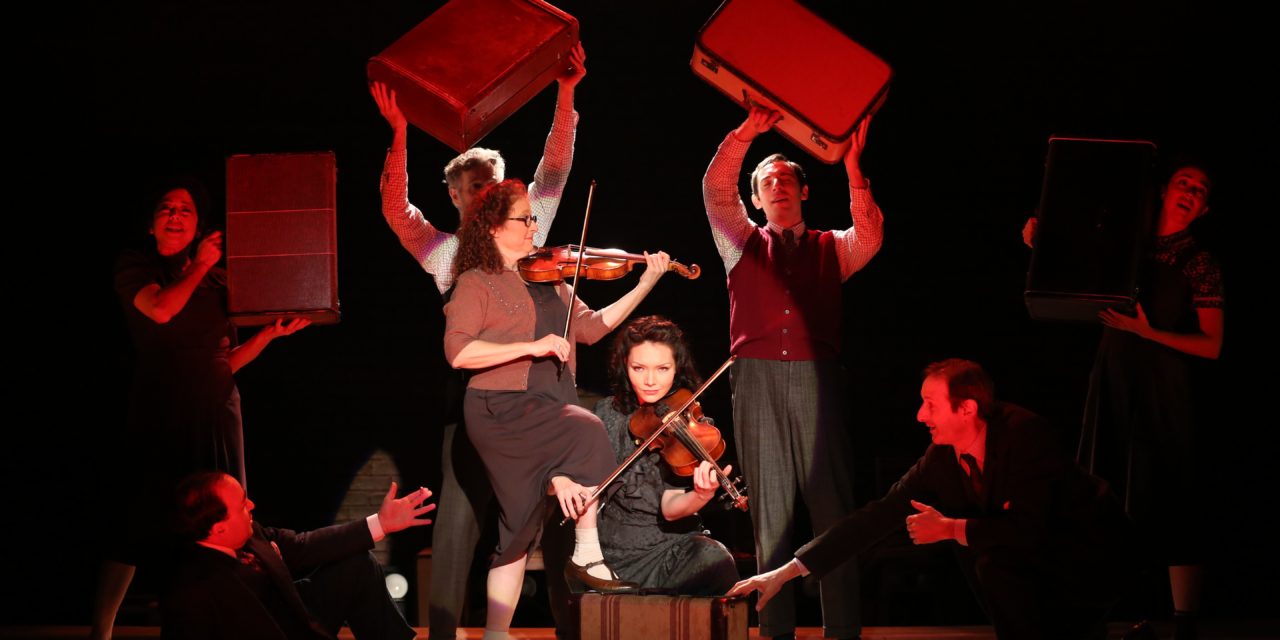 Indecent is the new play by Pulitzer Prize-winning playwright Paula Vogel, belated making her Broadway debut. The play is billed as “created by” Vogel with Rebecca Taichman, director of the current New York production. The play is moving, funny and always entertaining, dealing with anti-Semitism and homophobia on the cusp of World War II. The play also happens to have one of the most sensual moments recently seen on a Broadway stage.

Set alternately in early 20th Warsaw and New York City, Indecent depicts a Yiddish theatre company rehearsing the controversial new play God of Vengeance in which the daughter of a man running a brothel in his basement falls in love with a prostitute who works there. The play is set to open on Broadway. The actresses playing both prostitute and daughter have to perform a kiss while in rehearsal. Adina Verson, who plays the daughter, and Katrina Lenk, who plays the prostitute, stand at center stage, discussing the way the kiss should be done, when in mid-sentence, Lenk rushes to Verson and suddenly kisses her. The impulse seems natural and spontaneous and the result is riveting. Their bodies awkwardly locked together, the actresses looked like two people who have never kissed one another before. Fully clothed, surrounded by the director, stage manager and other actors, neither woman flinched, as both looked flushed and amazed by their own actions. Witnessing the actors enjoying the kiss made it that much more authentic to the audience.

The nonchalant dialogue and matter-of-fact attitude the actors adopted immediately after the kiss, when discussing if they should rehearse the kiss again or leave it for the performance, added not only to the charm but also to the sensuality of the action.

Clearly, the characters felt self-conscious and at the same time seemed surprised by the electricity they had experienced. This duality was exactly what was required to enhance the sexual charge. As the women lingered face to face, unable to look each other in the eye, the moment grew ever more sensual. The moment was only, and at last, broken by a line of dialogue and a chuckle; however, that brief, potent experience was just the beginning of the relationship between the two women.

It’s difficult to define what “chemistry” is but when we see it, we know it. As Justice Potter Stewart said in the landmark Jacobellis v. Ohio pornography case in 1964; “I know it when I see it.”

The kissing scene in Indecent is far removed from being pornographic; it is exhilarating, transportive, profound. The scene makes you care about the two characters and, more importantly, you feel what they feel. That is what theatre is at its best and when it works; “they” are us up on stage, and “we” are them.