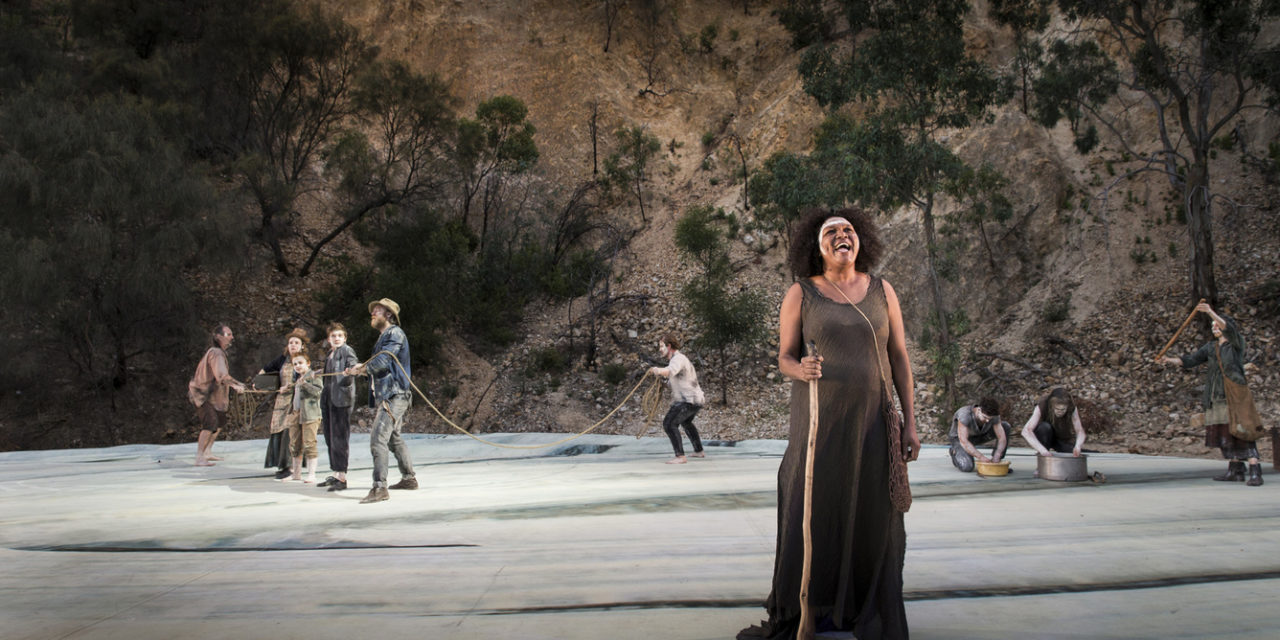 One way of looking at a story is as a mental suitcase that brings together a bunch of actions that would be unintelligible as disparate events. Its basic job is twofold: first, to name them, then to order them.

The naming can be confronting, akin to a biblical judgment. But if it doesn’t take place, then the story isn’t told. What happens then? Nothing good. Which is why one of the most powerful lines in this extraordinary play is when William Thornill, ex-convict lag and born riverman, takes part in a massacre of Hawkesbury Aboriginals, then tells his family with sepulchral finality “we will not speak of this again.”

His words kill more than a single narrative. They kill the ability to make sense of the past.

It’s been four years since The Secret River premiered and since then thousands of Australians have seen it and come to terms with the moral and political facts it puts on stage. Rather than offering the usual review comments, it’s more fitting here to reflect on the nature of the achievement in this, its final incarnation, before it slips into the void of time.

The play begins with Thornhill receiving a royal pardon for the unconscionable capital crime for which he was transported to Australia – stealing a plank of wood. Together with his wife Sal, and his two young sons, Willie and Dick, he moves to the Hawkesbury River and lays claims to a hundred acres of fertile ground for his own use – “Thornhill Point”.

Interesting phrase, “lays claims to.” In reality, it means, “takes.” Thornhill tills soil that for thousands of years has been the ancestral home of the Dharug people. The corn he plants in neat rows is sown over the yams of the Dharug, and the bushfire he fears as an all-destructive force they skillfully harness to replenish the land.

In Kate Grenville’s novel, the Aboriginal characters are distant figures. In Neil Armfield’s masterful production they are present in equal numbers to the white cast, the story mediated by a female narrator, Dhirrumbi. In a program note, the adaptor Andrew Bovell, writes

In effect, she is the river, a witness to history, present before, during and after the events of the play. She knows from the start how the story ends and it falls upon her to recount the tragedy of it.

The production is presented in Anstey quarry, its red, scrabbled rock face marked by evenly spaced gums and topped by perfect blue sky. The declination of the evening sun eerily parallels Thornhill’s journey into frustration, fear and the fateful decision to take part in the massacre. Darkness covers all, but also says everything. The indefensible only has one ally: oblivion.

Thornhill is a good man. This is a crucial feature not only of the story, but its wider implications. He is quite unlike the other white-faced Cockney grotesques – Smasher Sullivan, Loveday, and Sagitty Birtles – who inhabit the Hawkesbury banks like so many escapees from an Ensor painting.

While the novel’s blood-chilling descriptions of 18th-century London are absent – a London of hanging judges and ruthless class divisions, of unprecedented squalor and endless, endless misery – it’s there in the music, in Ian Grandage’s omnipresent, heart-stopping score, that swirls around the action like an invisible intelligence.

The end of the first Act, when the singing of these bottom-rung British rejects mixes with the chanting of the Dharug is indescribable. It is as if two sets of souls stand revealed simultaneously, in perfect symmetry.

Every part of this production shows evidence of the highest degree of collaboration and the greatest subtlety of decision. The set is a huge disk of floor canvas, a flat earth, framed by gigantic, rust-painted scaffold towers, drawn on by the actors with fire-blackened sticks.

Simple props enable perfect moments: a bucket of mud for stepping through the river; two closely-held branches for a journey up a hill; most terrifying of all: a pinch of lime powder blown into the air for musket fire.

The costumes are a graceful mix of period detail and present feature, as if the play were set not 200 years ago, but in a temporal interstice, a fold in history where what happened then is still happening now. As if Thornhill’s bad decision were fated to be made over and over, its consequences begetting more consequences, like ripples in an endless pool of water.

The cast are uniformly excellent, presenting miracles of character construction in the scenes allotted to them. They speak and move with the spirit of a closely connected ensemble. Bovell’s magnificent script is in two languages, English and Dharug and the decision not to use surtitles, as has sometimes happened in the past, is surely the right one. Thornhill didn’t have them in 1806, after all.

The adaptation, the direction, the design elements, the acting: these weave an experience not only more than the sum of its parts, but serving the higher purpose of illuminating an originary moment for the life of this nation.

These events happened, or something very like them happened, and the production has that most precious and counter-intuitive quality for a fictional drama: the ring of truth.

Whatever our opinion, looking back, however, we frame this story, discuss it, judge it, we are now naming it at least, and while this is painful it is also necessary and just.

For how can we shape a better future for this country if we cannot come to terms with its past? This is the question that Secret River raises to clear sight, and it glitters with a promise of both anguish and hope, like the stars over Anstey quarry when the final lights go out, and the keening of the surviving Dharug man dies away in the cooling night.

The Secret River is at the Adelaide Festival until March 19. 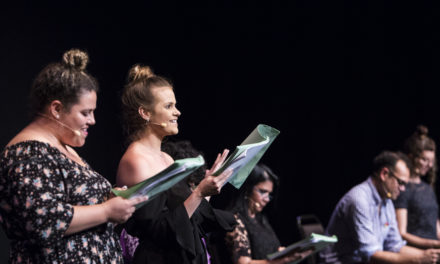