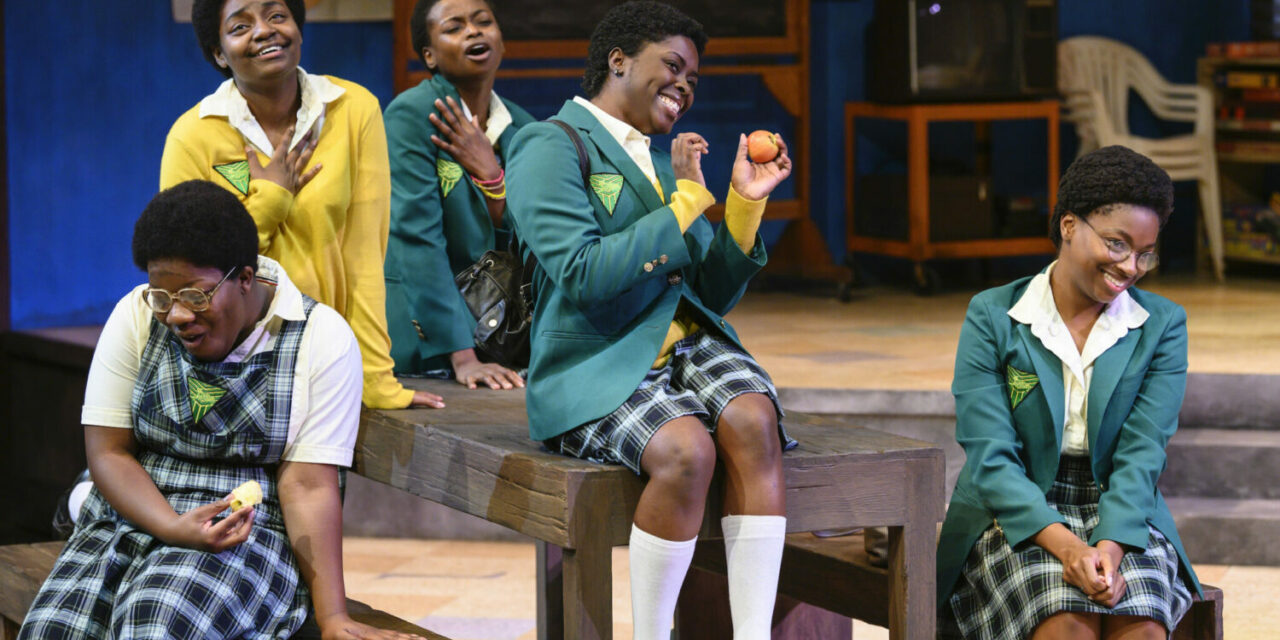 The title of Jocelyn Bioh’s School Girls; or, The African Mean Girls Play tells you a certain amount about what to expect from this funny and surprisingly moving play. Like the Tina Fey movie on which it is semi-modeled, the story centers on the toxic high school dynamic that buzzes around a queen bee and her group of wannabees. And, as in the film, the power balance in the hive is disturbed by the arrival of a new girl who brings both a more worldly perspective into their midst and an immunity to the charms of the leader of the pack.

But the social pressures that interest Bioh go far deeper than the dysfunctional emotional world of teenage girls, and her play slyly uses the familiarity of the Mean Girls plot as a vehicle to smuggle a host of unexpected issues and conflicts into our consciousness. The central conflict of the play revolves around the aspirations of queen bee Paulina (Markia Nicole Smith) to represent Ghana in the 1986 “Miss Global Universe” pageant.  Among the girls at the prestigious Aburi Boarding School, she has the best chance of wowing the recruiter who is due to visit – her friends all “agree” that she is the prettiest, best spoken, most talented, and most suited for the honor.

The arrival of new student Ericka (Aidaa Peerzada), who has just moved to Ghana to live with her father after growing up in the United States with her American mother, poses an immediate threat to Paulina’s plans. Ericka is biracial, with the lighter skin and longer, softer hair that will more closely match the “Miss Global Universe” pageant standards of “conventional” – that is, white – beauty. The ambitious pageant recruiter Eloise (Melessie Clark), who pins her own dreams of advancement on finding a winning contestant, clocks this instantly, setting off a series of fights and betrayals among the girls. Suddenly, a play that seemed to be “merely” about internecine squabbles among hormonal girls becomes a riveting and stinging exploration of internalized racism, white cultural dominance, the impact of globalism and commercialism on far-reaching corners of the globe, and the pernicious psychological and physical consequences of colorism.

That last is an issue that I, as a white woman, had scant provocation to ponder before seeing School Girls. Bioh’s deeply sympathetic portrayal of her characters makes vivid the emotional pain and humiliation inflicted on dark-skinned people by a media and advertising landscape in which beauty and success are predominantly equated with white – or light – skin. Paulina uses her status among her peer group to try to rope her friends into conformity with what she understands to be accepted standards of health and beauty – in particular, bullying her “fat” friend, Nana (Atiauna Grant), to lose weight and condescendingly schooling friends Ama (Ezioma Asonye), Mercy (Candace Boahene), and Gifty (Shakara Wright) on the latest US fashion and lifestyle trends – but a lighter skin tone is the one externally-imposed standard she can’t do anything to achieve. You might think at first glance that it’s silly for any of these girls to care so much about a beauty contest, but it gradually becomes clear that what’s at stake for them is their very visibility, and the lengths to which Paulina, especially, goes to be “seen” makes her a particularly tragic figure.

The production at the Pittsburgh Public Theater is well-cast, with the regal Shinnerrie Jackson rounding out the ensemble as the matronly Headmistress Francis; in particular, the young actors playing the schoolgirls are winning, infectious, and convincing as naïve Ghanaian teenagers. Shariffa Ali directs with a sensitive eye for detail in the interactions between the teenaged characters. My only quibble with this very fine production is that the accents seem to propel the actors toward vocal strain – from the opening moment, their volume is dialed up to ten, with little dynamic range as the action unfolds. That technical flaw aside, the play’s insightful and eye-opening revelations about the damaging effects of colorism are delivered mostly with a brisk and playful touch, one that paradoxically makes the play’s ending feel unexpectedly devastating and powerful.

This article was originally posted in The Pittsburgh Tatler on 20 November 2019 and has been reposted with permission. To read the original article, click here. 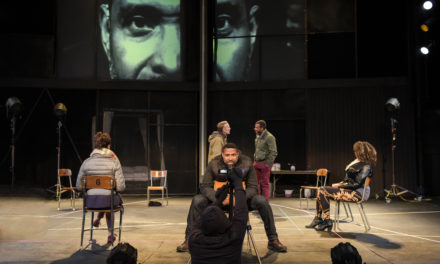