The Reinvention Of The Family Play Genre 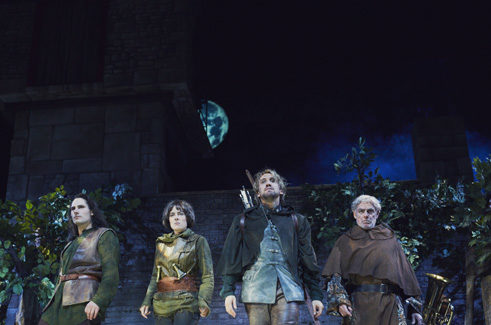 In many German municipal and state theaters, the Advent season is the starting shot for the Christmas play that “every year again” rediscovers children and families as a common target group.

In addition to the nativity plays of local churches, the lure consists of family ballets like the Tchaikovsky’s The Nutcracker, decades-old opera productions of Humperdinck’s Hänsel and Gretel, and Charles Dicken’s A Christmas Carol, in which the miser Ebenezer Scrooge is chastened and reformed by the “Spirit of Christmas.” All signs point to edification, reflection – and lucrative box office takings. The Christmas Fairy Tale, a marketing idea from the mid-nineteenth century designed to help theaters through dwindling audiences in the cold season, is still in many places a purely commercial affair, which provokes resistance. In the 1980s, professional children’s theatre makers called for a “war” against the Christmas fairy tale. Today the Christmas Fairy Tale is called a “family play” and demands a more differentiated scrutiny.

First, the material. The classical fairy tale drawn from the collections of the brothers Grimm still dominates the repertories, but now has competition from other, almost as well-known stories. For example, in Hannover in 2016, it is Johanna Spyri’s Heidi that is on the program. The Schauspiel Frankfurt is performing J.M. Barrie’s ageless Peter Pan. And the Dresden and Stuttgart Theatres have reached for Astrid Lindgren – in Dresden for Mio, My Son and in Stuttgart for Ronia the Robber’s Daughter, which was already premiered there in January 2014. The Munich Residenztheater once tried to put a family play in the program outside the Advent season, an experiment that, according to the chief dramaturg Sebastian Huber, went really wrong. Evidently, schools and families have long ago internalized the custom that the single joint theatre visit belongs in the pre-Christmas season, even though this time of year is already saturated with events.

FUN FOR ONE AND ALL

While the Residenztheater under its former intendant Dieter Dorn, spread “picture book theatre” throughout the year in nice little appetizers cooked up for the young audience, the current intendant Martin Kušej and his team decided on a once-annual new grand theatrical event, which often remains in the program until Easter. Whether the play is Pünktchen and Anton, the Odyssey, or, as currently, Robin Hood, decisive for the theatre makers, according to Huber, is “that it’s fun; the enthusiasm that sweeps through the theater during these performances is our chief stimulus.” So that children come to the theatre whose parents themselves have no theatre experience or lack the means to pay, the Residenztheater offers school classes unbureaucratic financial support and preparations and follow-ups like those customary in professional children’s theatre.

FUN, EDUCATIONAL AND OFTEN MUCH TOO CUTE

What remains decisive is that, since family productions must appeal alike to the teenager, his younger sister, aunts and grandparents, they are fun, educational, and have plenty of music which the audience can sing and clap along with. Aesthetic experiments are rare. The rejection with which the family play meets from the camp of professional children’s and young people’s theatre is accordingly unambiguous: “Many of these performances are like a children’s birthday party: too loud, too cute, to shrill,” says the chief dramaturg of the Munich Schauburg Dagmar Schmidt. Mention Christmas Fairy Tales and Schmidt’s colleague Anne Richter of the Mannheim Young People’s National Theatre thinks of a motley tray of sweets: “If you can gobble down a chocolate bar in between the fruit gums, everybody is happy, but no one has had a real meal.” In the Mannheim, the third largest city of Baden-Württemberg, the children’s and young people’s theatre Schnawwl and the theatre academy Schauspiel work closely together as colleagues with the National Theatre on family plays. So if Rico, Oskar und die Tieferschatten (i.e. Rico, Oskar and the Deeper Shadows) is now playing there, you may be assured that both the directing team and some of the actors have experience in children’s theatre. Although here too the play has to be a big, well-known story – after all, there are almost 600 seats to be filled – it “also absolutely has to be art: that’s our mission,” says Richter. This means actors who don’t cavort like children but take children seriously and, in this case, a production and style of performance “that shows the main character’s eccentric view of the world and is also emotionally challenging.” Stage magic? Yes, please! “As far as it makes sense with respect to the content and doesn’t try to compete with movies.”

As in Mannheim, so too at many other municipal and state theaters the family play today is the cooperative work of several branches. Those engaged are increasingly ready to learn from each other and to acknowledge the competencies of children’s theatre experts. For example, this year’s Christmas Fairy Tale at the Regensburg Theatre was staged by the director of the Young People’s Theatre in a velodrome with seats for 620 spectators, and at the Hannover Staatstheater the head of the Young People’s Schauspiel joined Florian Fiedler to pull the strings of Heidi, Alm Uncle, and Goat Peter.

But the urban-rural gap is still wide. While in smaller places the directing of family plays is often entrusted to beginners or actors for it are hired from outside, large ensembles such as that of the Residenztheater have no need of this extra support. As Sebastian Hube says: “We work with directors for whom works for children and young people are part of their artistic self-image. And we cast the productions according to the same criteria that we use in all other productions at our theater.” In Berlin, on the other hand, the large theaters dispense with an additional treat for the family almost all across the board. There are enough theaters here for all age groups and they also serve up appropriate fare for their clientele before Christmas.

Stephanie Junge, chief dramaturg of the Regensburg Theatre, also sees the pre-Christmas family play more in the context of the overall theatrical package offered by a city: if this is well-stocked and sufficiently varied, she says, “the so-called Christmas Fairy Tale has a different significance. It’s a major theatrical event for the entire family or school class, with all the magic a big stage can conjure up. A great shared experience!” 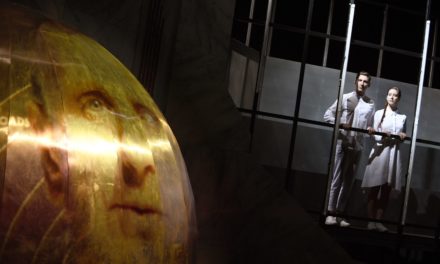 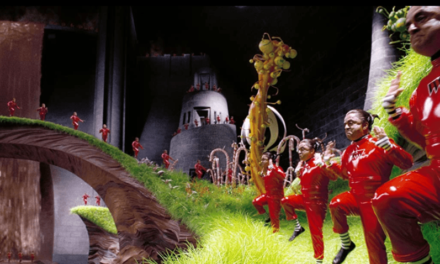