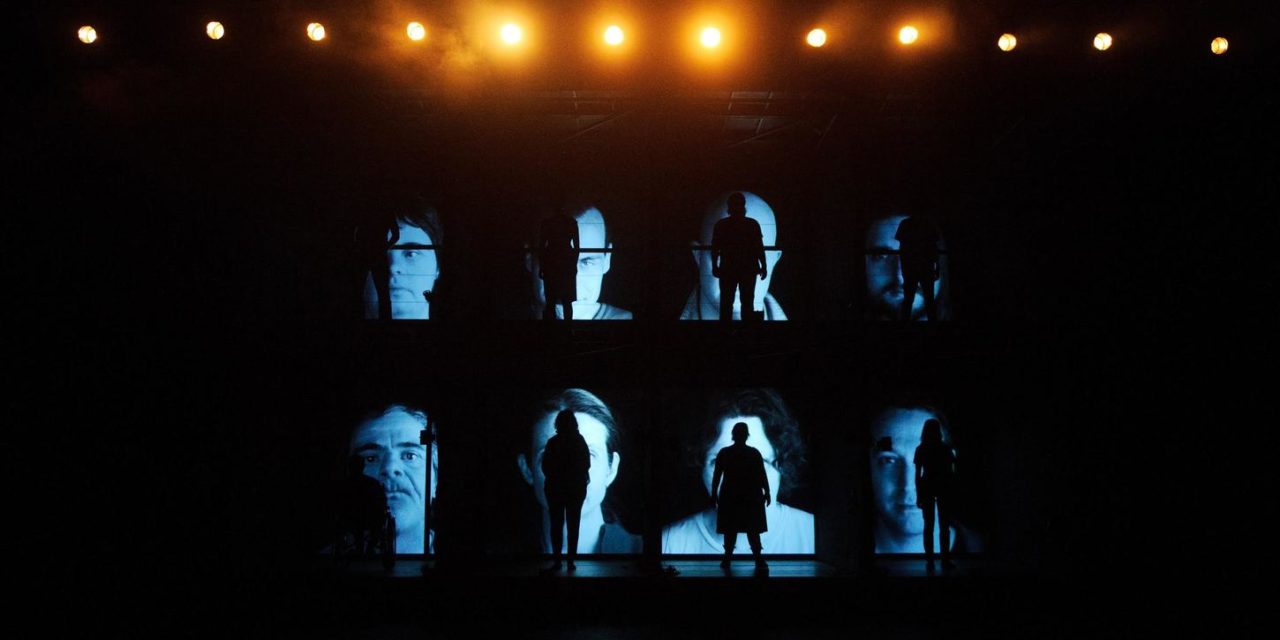 When I first travelled overseas, fresh out of university in the early 1980s, I found myself in the Middle East. For a girl from Melbourne, this was a considerable culture shock, and among the many disorienting features of the landscape was the number of people with disability visible on the streets. Where had they all come from? Had the relative poverty of the society produced a disproportionate number of disabled people?

My mother, a psychologist, gently suggested that it was not a question of proportion, but visibility. In this era, immediately prior to the radical public policy changes of the 1980s that led to the deinstitutionalisation of so many people with disabilities, I had encountered a culture that didn’t hide its disabled citizens in closed institutions, away from the public gaze. A scan of the program for this year’s Melbourne Fringe Festival program might provoke similar questions:

Deaf slam poetry, “mixed ability” theatre, dance and poetry and stand-up comedy from performers in wheelchairs or with stutters … where did all these artists with a disability come from, and why are they suddenly visible?

For more than a century, London’s Bethlehem Hospital (Bedlam) was open to visitors who, for a fee, could watch the antics of the inmates – even provoke them – in the ultimate site-specific, interactive performance event.Western theatre’s interest in the performance of disability isn’t new. Elizabethan and Jacobean stages were littered with fools and madmen. As the story goes, this was because the theatre was literally in competition with the madhouse.

At the opposite end of this spectrum sits what Tony McCaffrey in Precarity and Disability Performance (2012) calls the “charity” or “nativity play”, where the kind, “able” audience applauds the efforts of the performers, but expects a lower standard of artistic excellence or technical facility.Our responses to the disabled body presented for public scrutiny are, to hijack a term sometimes used to describe people perceived to have intellectual disability, not “simple”. Bedlam was the precursor of the freak show that sold a peculiar brand of voyeurism.

Each of these scenarios posits a situation where the disabled are the passive subjects of the “able” gaze, within forms of performance designed by and for “able” artists. Over the last several decades, however, disempowered or marginalised communities have progressively claimed the right not just to be visible in the cultural landscape, but to tell their own stories.

Increasingly, these stories have centered on telling the able gazer what the mainstream looks like from the margins. Recent examples of this include Back to Back Theatre’s masterful Ganesh Versus the Third Reich (2011), Rawcus Theatre’s Catalogue (2015), and Adam Hills’ ABC television show The Last Leg.

As the late, great disability advocate, writer and comedian Stella Young reminded us, valuing difference does not mean adhering to conventional pieties and ignoring the fact that disability presents significant challenges.In simple terms, this means that “disability arts” have pushed back the borders of the occupational therapy ghetto to stake territory in “legitimate” art-making that may or may not take disability as its subject, and that folds particular features of disability into the aesthetic.

While performance can “give voice” to authentic narratives of disability, some performers struggle to be heard and understood in the literal sense. When the particular features of a disability present an obstacle to conventional ways of performing, however, artists are finding audacious new ways of communicating by harnessing and adapting technology.  Thane Pullan, a comedian with cerebral palsy, delivers his particular brand of mordant satire using a computer-generated voice controlled by a mouse, eye-tracking and a knee-switch.

In Back to Back Theatre’s Soft (2002), actress Rita Halabarec’s indistinct speech inspired video artist, Rhian Hinkley, to animate her words as written text. As she spoke, the words flew through space as projections onto the white walls of the inflatable bubble that encased both audience and performers.

In Ways of Staring (2006), American academic Rosemarie Garland Thomson characterises the placing of the disabled body before the public gaze in performance as a deliberate challenge – as a “staring back” by those who have been stared at.

Contemporary performance by artists with disability is increasingly challenging the “able” gaze by rendering the reciprocity of watching between performer and audience visible. Actors with visible and audible disabilities challenge us to rethink conventional notions of “acting,” and to question the smoothness and predictability of conventional forms of performance. By tackling issues around disability with brutal candour, by calling audiences on their assumptions about the experience of living with disability, and by “acting” in ways that suit their agenda and their abilities, artists with disabilities can discomfort “able” audience members – even “disable” them – in salutary ways.

Live performance is a precarious business, its beauty and its terror predicated on the terrifying, delicious possibility that the fragile mesh of the real and the not-real could fall apart at any moment. Disability performance intensifies this precarity by playing knowingly with the intense emotions evoked by the presence of the disabled performer. It both summons and challenges the voyeuristic impulse that drew people to watch the Bedlamites.

It arouses our guilty desire, in a culture saturated with self-conscious constructions of the public self, for something unselfconscious and authentic. It provokes anxiety about whether we are reacting “appropriately” (it’s rude to stare), and whether they really know what they are doing, and what exactly the audience is seeing.  But disability is no longer invisible and, on the evidence, disabled artists know exactly what they are doing.
Melbourne Fringe Festival runs until October 4. Details here.