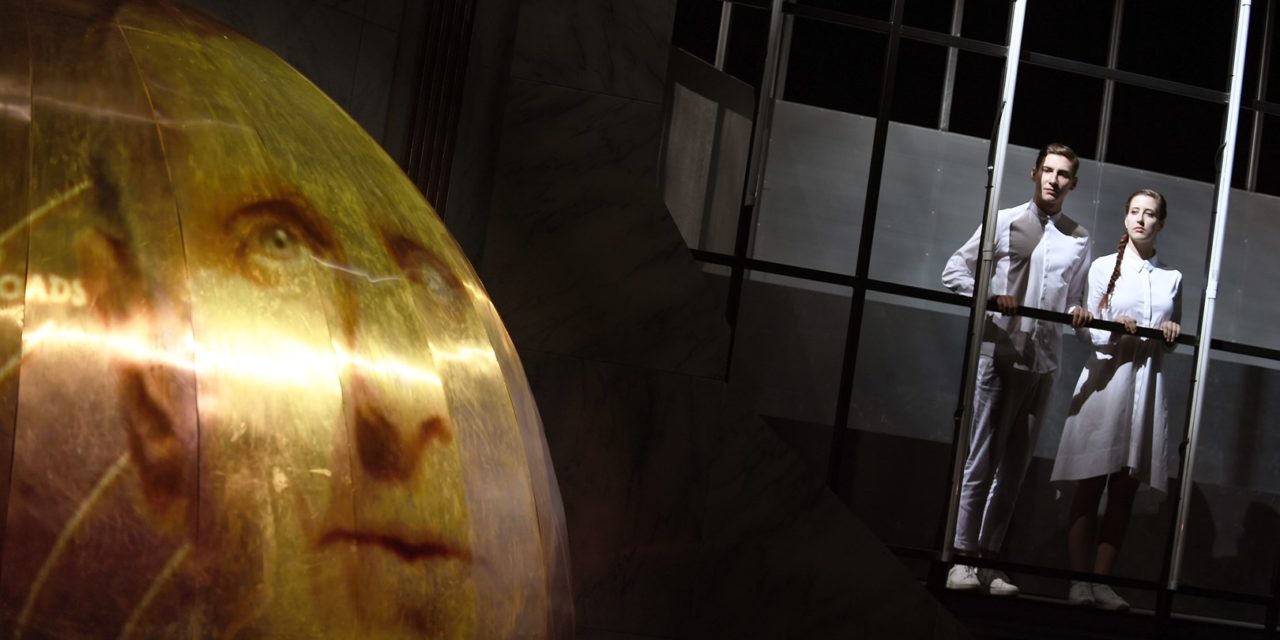 What does a German municipal theater need? Wilfried Schulz has been intendant of the Düsseldorf Schauspielhaus since the 2016/17 season. He was poached from Dresden in the midst of a highly successful tenure there. The new start was not easy: the tradition-rich Düsseldorf theatre building is being renovated and for the time being, performances will take place at substitute venues. In October 2016 the mayor of the city even floated the suggestion of pulling the whole building down. An interview about reconstruction and repositioning of a city theater.

Mr. Schulz, has the old Düsseldorf Schauspielhaus now been saved?

Formally speaking, yes. It’s clear now that the renovations will continue and the building won’t be pulled down. What still shocks me is that the question of its continued existence was even posed. It was a precedent for me that politicians suddenly consider quite openly whether a city of 600,000 inhabitants needs a theater. Wouldn’t it be cheaper to demolish it or use it for other purposes? For me, broaching the very possibility that perhaps the public sector is no longer responsible at all for its public buildings opened Pandora’s box. That would have been the end of the understanding in Germany that every big German city has a theater as a shared space for urban society. To be sure, this understanding is unique in the world. Nevertheless, there used to be a political consensus about it. Now we know that this taboo can be broken. Of course, the solidarity of the counteraction was very gratifying.

Especially because of the political situation of the city and the reaction to the Pegida movement, we did, in fact play a decisive social role in Dresden. You knew why you were doing theatre, every day. This sense of meaning is also a source of satisfaction. On the other hand, there was enormous pressure. We always had to respond: start another campaign, change a play in the schedule, organize a big meal with immigrants in the market square. I also felt trapped there. That wasn’t the reason I left Dresden, but there was an ambivalence. Now I’ve stepped into a new, strange ambivalence. I feel it as a great benefit that Düsseldorf is an extremely liberal urban society. Here people are almost addicted to communication, there’s no xenophobia in the streets and in two hours you can be in Amsterdam by train. Here you can think yourself more freely into different areas, treat situations and theatre pieces playfully. But of course, there are many problems here lowering under the surface. Alone, the enormous gap between rich and poor is right on your doorstep. We’ve begun to be concerned about how urban society, which gives itself out as so communal, is beginning to gape apart economically. The issue of populism is important, even if here, of course, it’s much more concealed than in Dresden. We’ll see what numbers Alternative for Germany (AfD) scores in North Rhine-Westphalia. The approach to theatre is therefore no different from that in Dresden, although Düsseldorf and Dresden are diametrically opposed cities; only the themes and subjects differ. 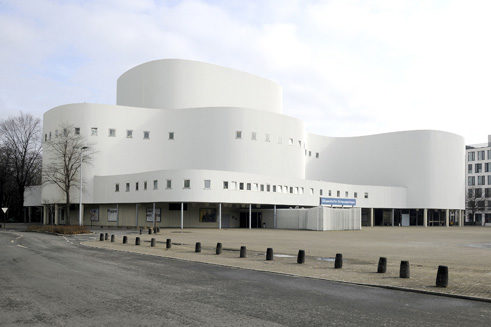 Is it for you, part of the basic definition of a municipal theatre that it responds to the ruptures and problems of a society?

Theatre’s great opportunity is to create a central space for discourse, for reflection, to safeguard and provoke situations. I believe our violently torn and overwhelmed society will need few things more than that in the next few years. This is a dramaturgical approach to running a theatre that I share with Matthias Lilienthal in Munich and Barbara Mundel in Freiburg. We’re ethnologists. Distance and love are the obtaining categories with which we set ourselves in relation to a city. We try to find the difficult points that need to be discussed.

How do you intend to succeed with this approach in Düsseldorf, where theatre premieres often seem to be exclusive, and excluding, social occasions?

The future of the theatre doesn’t lie in prestige events. The Düsseldorf theatre is extremely complicated, also in respect to the architectural controversies, but I’ve always looked forward to working there because it lies in the center of the city. If I could, I would have moved our refugee café smack into the foyer, as a sign that theatre is an open, borderless place for many generations, classes, and cultures, for reflection, empathy, and practical action. Of course, there will be many things that will be new and take some getting used to.

What do you mean by the “citizens’ stage” that you established in Dresden and now opened in Düsseldorf?

I believe that this sort of participation is immensely important in the face of the ever-growing isolation and segmentation of society, of people who believe they’re no longer taken notice of. And of course art is the sphere in which participation is relatively simple: you can put a pencil in the hand of a child, let it make a drawing and it’s already said something about the world. In Dresden the citizens’ stage was the secret key to the city; it built up trust. We wanted to pull off a grand gesture: we invite you all onto the stage so that you can tell your stories. We tried and discussed an immense number of things, also in the context of Pegida. In Düsseldorf, it’s first of all more detached, but also more playful, as when you watch A Midsummer Night’s Dream with young people, a play that has already premiered with lots of grandeur and charm. Here you have more the feeling that it’s a nice additional opportunity. The demand for it is huge. Three hundred people register pro project, and one hundred to two hundred people come every Monday to the refugee café. We couldn’t cope with more. And just now we’re trying out a new format, the “citizens’ dinner.”

How do you mark off art from social work?

I want to have both. Both the citizens’ stage and Café Eden are important: we believe that this too has a social aspect. But the keynote should be artistic. We’re not in the business of competing with charities. And this works very well, because people have the feeling that they’re not accepting charity but rather actively making art and develop from this a different sense of themselves. In Düsseldorf, this is an old idea of Joseph-Beuys’s. We develop song recitals on identity, research forms of immigration, are building just now workspaces for the citizens’ stage and inviting people to join us.

I think it’s good to develop an entire biotope: on the one hand a high-art project with Robert Wilson or a glamorous premiere such as Heisenberg with Caroline Peters and Burghart Klaußner, and on the other the citizens’ stage. Theatre works out of just this kind of complexity, and is open and diverse. 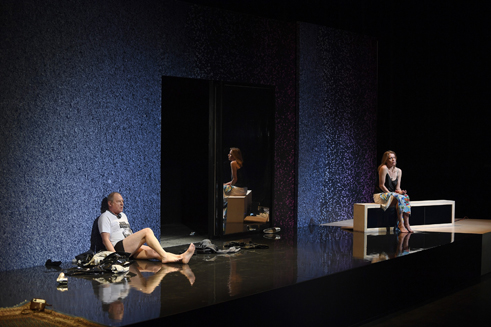 How to you counter critics who say that German municipal theatre is trying to buy back its lost relevance through social commitment?

I’d tell them to take a seminar in theatre history. In ancient times, theatre was the place where practically up-to-the-minute problems were treated. I can’t conceive of a theatre without social relevance. To justify myself for this view seems to me perverse. The great religious performances of the Middle Ages also invariably had a direct political reference. I grew up with the Schaubühne of Peter Stein and Ariane Mnouchkine’s Théâtre du Soleil. You would have been given a good thrashing if you asked whether theatre was socially relevant. That went without saying. That there is also a discussion about autonomy, an aesthetic-philosophical aspect, means that theatre doesn’t take place only under the aspect of usefulness but also that of transgression and extravagance in George Bataille’s sense and that this is equally important. I find the interplay of these poles fascinating.

But how can theatre be socially relevant if it speaks to only one particular class?

We try of course to open ourselves—for instance, by performing Faust to Go at social hotspots, churches, youth homes, and schools. We don’t work in the ivory tower but in the market square. And anyway: who blames a book for not being read by everybody? The viewer numbers in the big municipal theatres have been developing positively. They’re not diminishing. What’s diminishing is the audience’s need for prestige productions, for using theatre as a form of self-display. Diversity is growing, the concept of theatre expanding. I think it’s hardly possible for theatre to represent the whole range of society, but it can represent a part. To do this, you have to fasten a lot of set screws; for example, we’ve deliberately changed the price structure in Düsseldorf. This is also a sign: everyone should be able to afford the theatre. 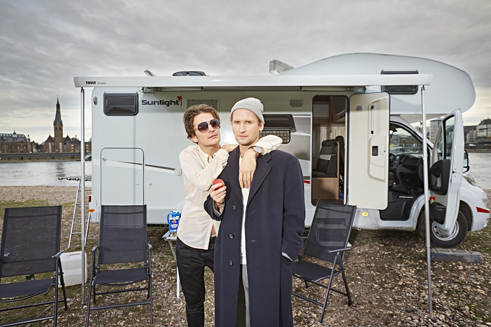 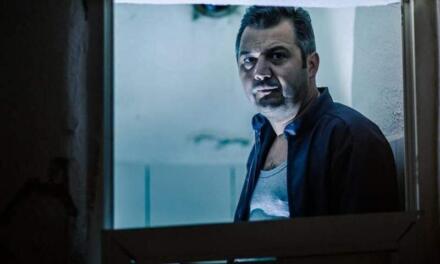 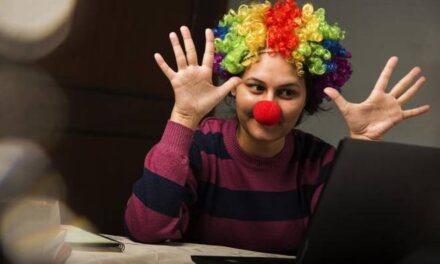 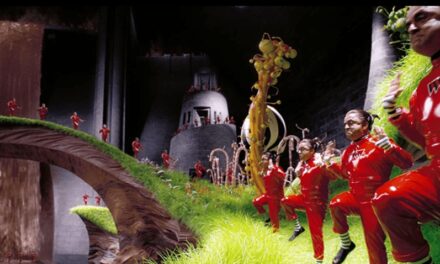