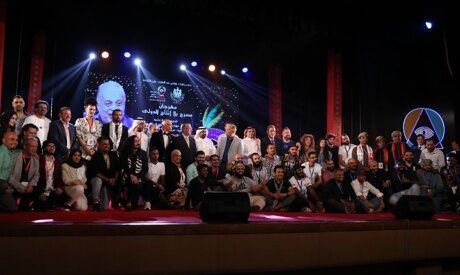 Photo of the 11th Annual Theatre Without Fund Festival.

The festival took place in Alexandria between 22 and 26 August 2021.

During the official closing ceremony that took place at the Anfoushi Cultural Palace Theatre, the Theatre Without Fund Festival closed its 11th edition (22-26 August) by announcing the winners.

Performances from Egypt, Oman and Spain scooped the majority of awards.

Egyptian plays The Witness and The Wanderer took a significant share of major awards with the first one winning best creative solutions, best scenography and the latter scooping second prize for the best play and best actor in supporting role awards, among other wins.

The winners are as follows:

First prize: Fatima Al-Jishi for Dance of Death (Saudi Arabia)
Second prize: Lamia for The Rose and the Crown (Egypt)

The Theatre Without Fund Festival was founded by Gamal Yakout, president of the Cairo International Festival for Experimental Theatre’s 28th edition (14 and 19 December 2021). Yakout also presided over the TWFF, and stepped back from this role this year, passing the torch to the festival’s artistic director Ibrahim Al-Forn.

The festival was held on the stages of the Bibliotheca Alexandrina under the auspices of its Arts Centre, as well as at the Lycée El-Horreya theater, the headquarters of the Alexandria Theater Troupe and the Anfoushi Culture Palace Theater.

The festival is supported by the Ministry of Culture with logistical support extended by its numerous affiliates – the General Authority for the Cultural Palaces, the Artistic House of Theater, the Cultural Production Affairs Sector – in addition to Bibliotheca Alexandrina.

This article was originally published by Ahram Online on August 27th, 2021, and has been reposted with permission. To read the original article, click here. 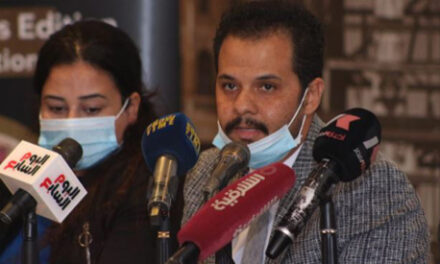