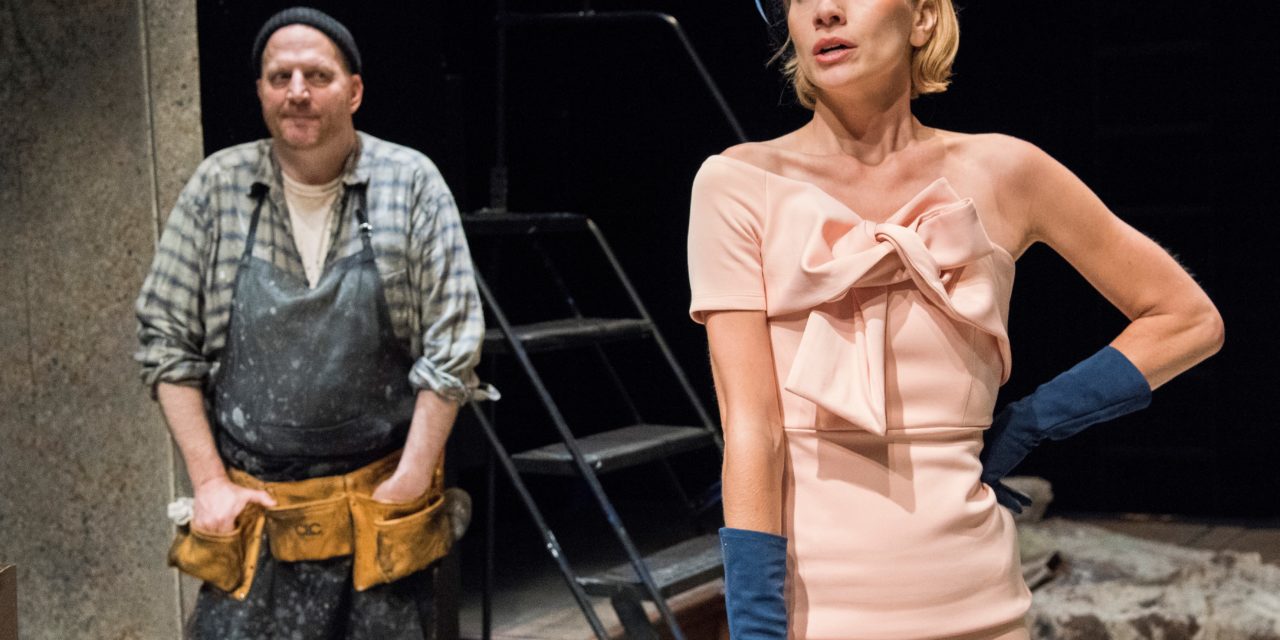 Near the end of the Potomac Theatre Project’s production of Pity in History, with England convulsed by Oliver Cromwell’s Civil War, an aristocratic aesthete defends her collection of old masters from an approaching Puritan army out to destroy all “idolatrous” art. “We need great art,” she declares, “We have to have art or we don’t know who we are.”

Because they issue from the painted lips of Venables, a fine-boned nobleman’s widow who mostly arabesques through a play otherwise peopled by lumberers, laborers, and rudely-accented foot soldiers of God, these words ring out with a special clarity and clean conviction, but because this is a play by Howard Barker, we cannot quite trust them. Now in its thirty-first season, with Pity in History the Potomac Theatre Project continues its own righteous crusade—bringing, dark, difficult, politically incisive plays by the likes of Barker, Sarah Kane, and Caryl Churchill to the city each summer when there is little else on offer aside from the sentimental delights purportedly on to be had at the New York Musical Festival. They are truly fighting the good fight, and for that alone they deserve high praise. As it happens, they have also given Pity in History a very fine production, one that in its depiction of a society descending into chaos as ideologies clash and crumble into incoherence speaks with unfortunate eloquence to our own time.

Barker writes for the “Theatre of Catastrophe,” a genre of his own invention that edges beyond tragedy, which ennobles its hero-victims. The Theatre of Catastrophe makes no attempt to distill privileged meaning or redemption from great suffering, but rather takes such suffering for granted, as the most basic knowable fact of human existence.

Barker is keenly interested in moments in the history of civilization when we as a species have become convinced that we can alter this fact. Conviction of this ilk, he has observed, tends to produce far more pain for more people, not less. Though often set in a fraught, distant past, his plays bear on the immediate, fraught present, still somehow laboring under many of the same delusions. This production marks Pity in History’s richly warranted professional stage debut. It was originally written as a BBC teleplay that aired in 1985, when Margaret Thatcher was busy dismantling the welfare state and funneling arms to right-wing dictators as Prime Minister of the UK. Cromwell’s soldier’s punctuate the play with cries of “God’s on our side!” This justification for slaughter is of course being cried out all over the world today and will almost certainly be heard for years to come. 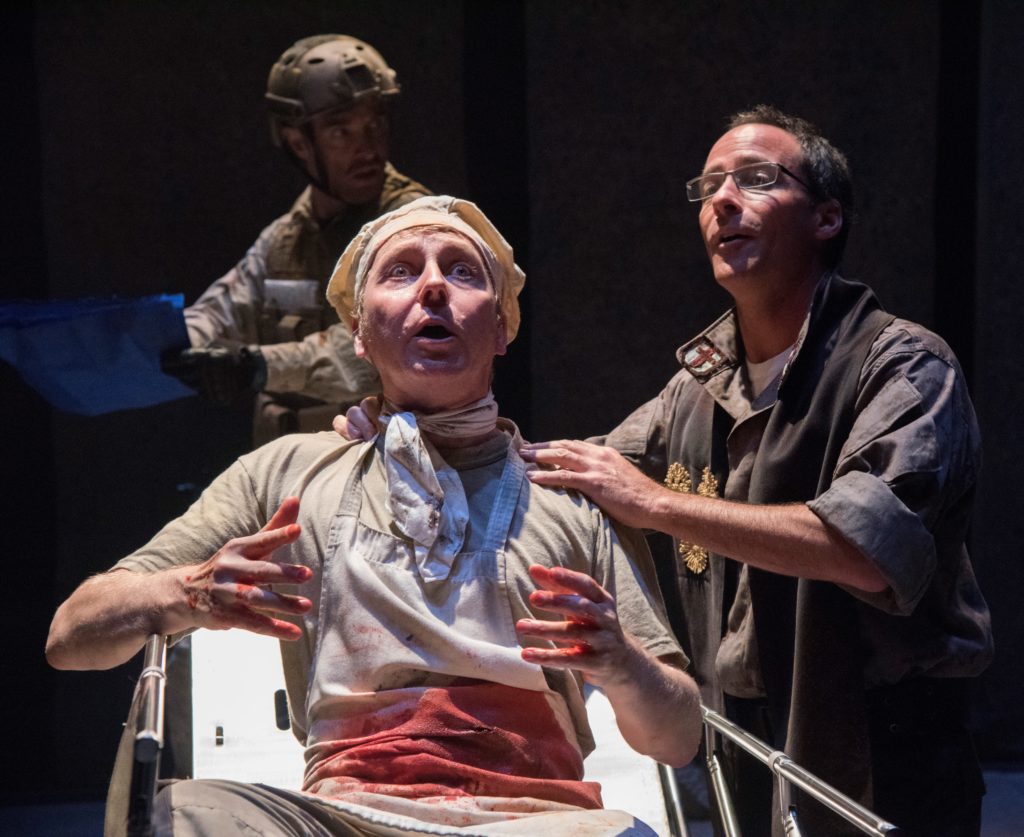 Emphasizing the evergreen nature of this weedy certainty, director Richard Romagnoli has outfitted his cast in mid-twentieth-century attire. This choice is objectionable only in the case of the gifted Kathleen Wise as the widow Venables, who might have benefited from the greater heft and structure of seventeenth-century garb. Costume designer Danielle Nieves puts her in an exquisitely tailored, modern pink cocktail dress that draws our attention to her formidable beauty, but somehow renders her character’s formidable argument flimsier than it wants to feel. The rough-hewn wisdom of her most frequent interlocutor, the mason Gaukroger (an excellent Steven Dykes), whom she has commissioned to fashion her late husband’s monument, fares better in this production. A preternaturally talented sculptor, he is apparently more concerned with where the fixings for his next sandwich are coming from than with creating enduring masterpieces. But when, drunkenly, he beholds the cracked fragments of one of his destroyed sculptures, his self-deprecating wit falls away and he marvels, “Look how improved all my stale old labour is…The crack is better than my line, the accident far better than the carving…That’s life!” What Gaukroger is describing is in a sense anti-art—the accidents, the negative, the waste. “Great” art might tell us who we are, but anti-art tells us who and what we are not, which may ultimately be the more valuable kind of knowledge. We are not whole. We are not lasting. We are not certain. These are modern insights. It is ironic that Venables favors Caravaggio, who famously painted saints and deities with dirty feet and flesh often bruised or bloated, human, all too human, rather than encircled in a beatific glow and spared the indignities of embodiment. She thinks art can bring her closer to God-like perfection, but this, as Caravaggio precociously understood, is not its most important function.

Death and destruction abound in Pity in History, and Romagnoli employs strobe lights and projections to evoke this atmosphere with varying degrees of success, but this is ultimately a play of ideas. As Venables and Gaukroger quarrel over the purpose and value of art, the army is splintering into factions that disagree over whether property itself is merely another form of idolatry or “the basis of all order.” If it is unsurprising that the wealthy and powerful are more invested in maintaining the status quo in Barker’s play, it is more unexpected that the artist sees no way for art to contribute to human life in the face of real privation. “I carved a hand,” he says, and I imagined its destruction. I made love to my wife, and I imagined her an old woman. I ate, and even as I looked at the plate, I imagined myself starving. And now the hand is destroyed, and the old woman is an old woman, and I’m starving. It’s no preparation.” Here, even compared to a single potato, the imagination is worthless.