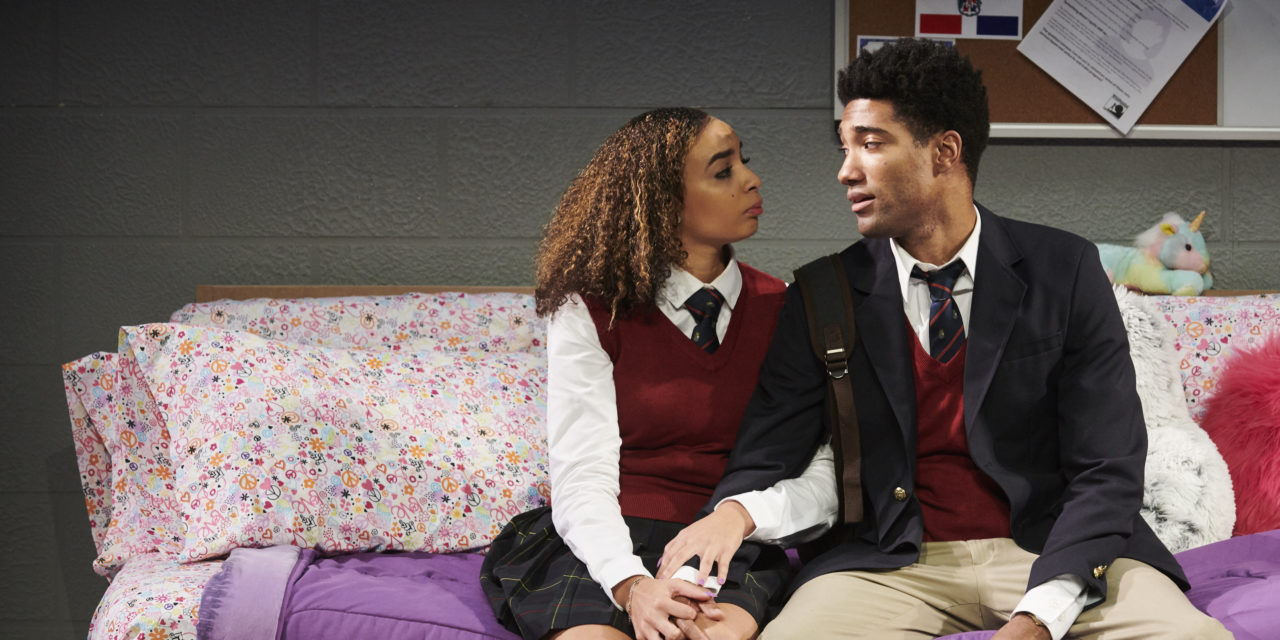 In 2007, the first year I lived in Pittsburgh, my two children attended Pittsburgh Minadeo Elementary School in Squirrel Hill. My youngest was in kindergarten that year, and–for reasons I no longer remember–one morning during the first week of school I was sitting in the hallway outside of her classroom waiting to meet with her teacher. As I sat there, I could hear another teacher in a hallway around the corner, leading a line of students and haranguing one of the kids in her charge.

“Antoine!” she scolded in a voice loud enough to ring through both hallways, “You keep that up and I’m going to send you right back to kindergarten. You’re acting like you don’t belong in first grade. I’m going to send you back to kindergarten where you belong.  You go stand over there and think about your behavior and whether you are acting like a child who deserves to be in the first grade now. Mrs. Thomas, I think you need to take Antoine back into your kindergarten classroom right now, he’s not ready for first grade.”

As the line of kids turned the corner, my suspicions were confirmed: the kid she was singling out for this humiliating and psychologically degrading treatment was a little black boy, and his facial expression was a heartbreaking mixture of shame, embarrassment, and angry defiance. I have no idea what “infraction” prompted this teacher’s verbal abuse, but her message rang loud and clear, not just to the boy but to every person within hearing range, including all of the other (black, white, Asian, Latinx, and other) children passing by in that busy hallway:  this boy–this African-American child–is already behind, and he doesn’t deserve the opportunity you enjoy.

Fast forward eleven years, and today that child could very well have grown to be Omari (Carter Redwood), the struggling teenager at the center of Dominique Morrisseau’s new play Pipeline. Omari is a good, smart kid, but he carries a coil of anger and resentment like a spring ready to pop at any moment. In this he’s no different from the disaffected African-American teens who jump each other in class at the under-resourced urban school where his mother Nya (Nambi E. Kelley) and her colleague Laurie (Sheila McKenna) teach, but Nya and her ex-husband Xavier (Khalil Kain), in an attempt to get Omari away from that violence, have taken him out of public school and sent him to a mostly-white private boarding school that–presumably–feeds into the privileged pipeline towards success. Yet for Omari–as for his girlfriend Jasmine (Krystal Rivera)–the boarding school is an even more stressful environment, one in which they both must constantly not only monitor their behavior but also cope with a near-constant stream of microaggressions.

The play is, on one level, about all the ways our current education system fails kids like Omari, Jasmine, and the young boy I saw at Minadeo that day: it’s about the self-esteem-destroying messages, both subtle and overt, that teachers send to students; about the disproportionate punishments meted out to minority students in comparison to white students; and about the ways teachers and administrators perpetuate a racial hierarchy even as they purportedly seek to level the playing field. It is, in short, about the implicit bias and racism that informs every level of every interaction, even where you least expect it: did I mention that the teacher who berated little Antoine at Minadeo was herself African-American?

The play is also–and more compellingly–about what’s going on inside the heads of kids like Omari when they act out, and about the ways a black male child’s status as an “endangered species” shapes and pressures his interactions with family, friends, and society at large. Omari’s roiling emotional state stems not only from his perception that he is expected to “represent” his race at school, but also from the pressure exerted by his mother’s (fully justified) anxiety that he will fall into that other pipeline–the school-to-prison pipeline–or, worse, become another Black Lives Matter statistic.

That anxiety is a thread that jags and spikes like an electric current running through the play. Morisseau gives it lyrical expression in the form of a Gwendolyn Brooks poem, We Real Cool, that Nya assigns to her high school class for analysis. The poem’s final lines–“We die soon”–catapult Nya into a state of dread and panic over her son’s future, mainly because she recognizes how helpless she is to protect him from the institutional and structural racism that systematically takes promising individuals, robs them of dignity, drive, and aspiration, and spits them out as victims of the criminal justice system. She wants him to toe the line, behave, swallow his pride, obey his teachers even when he perceives that they are baiting him, and pretend that he does not have to fight daily for his right to exist, because she worries that a slip could cost him his life; what she doesn’t grasp is that the effort he must exert to do those things is precisely what puts him in danger of lashing out and getting branded–like little Antoine–a person who doesn’t deserve to be here.

The City Theatre production, directed by Reginald Douglas, has a number of things going for it. Carter Redwood is excellent as Omari, giving a performance that feels nuanced and grounded and that embraces the complicated nature of the character’s inner turmoil; you believe that this is a kid who could either go on to do great things in the “success pipeline,” or get screwed–either by the system or by his own exhaustion and resentment–and end up in the “school to prison pipeline.” Sheila McKenna is a force to be reckoned with as the veteran teacher Laurie, and Gabriel Lawrence, as the public school security guard Dun, has a bravuro monologue late in the play in which he brings in additional perspective on the black male experience to round out the picture of what Omari is dealing with.

Other performances, however, still hadn’t fully gelled by opening night–in particular, Kelley brings an ostentation to her performance of Nya that makes it feel like the character is in a different play–and the production struggles to clearly demarcate the realistic playing style demanded by most of the play from the more heightened scenes of lyricism that punctuate the action and open the play out beyond the world of its characters. In many of the realistic scenes, the directorial hand seems too much in evidence–as, for example, when Xavier trods downstage to speak with his back to his ex-wife, or Nya smokes with a gesture that feels theatrical and stagy–giving them a stylized quality that, in turn, lessens the impact and punch of the heightened theatricality of the non-realistic scenes

Technical elements of the production are quite fine, nonetheless: the original music, by the local 1Hood Academy, is terrific, setting a youthful and edgy tone and energy for the play, and Adam Thompson’s media design enlivens the space with images and text that raise the stakes of the action for both the characters and the audience–including, at one throat-catching moment, images of Trayvon Martin, Antwone Rose, and other young men whose promise may likely have been thwarted by our education system long before they fell victim to the racist assumptions of a man with a gun.

Where is the space for such young men to relax, screw up, take lessons from failure? In the end, that’s all Omari wants–for the world to be fair, for his mother to let him chill on occasion, and for the chance to make mistakes and live to learn from them.