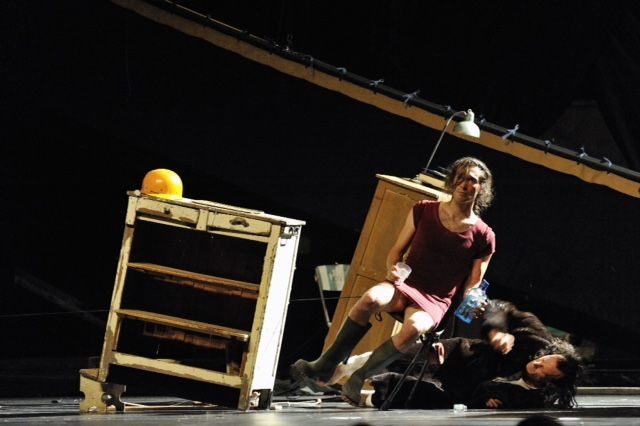 Camille Boitel trained at an early age at Ecole de Cirque with Annie Fratellini, and then performed with James Thiérrée among others. He started his own work and after winning the inaugural Jeunes Talents Cirque Award (for Young Circus Performer) in 2002, Camille Boitel created the company lamereboitel. He staged his first show, Man Of Hus, before changing the company’s name to L’Immédiat and creating an eponymous show. Camille Boitel develops projects at the intersection of circus, magic, and contortion, creating a theater of objects and movement.

Nicole Birmann Bloom (N.B.B.): You worked for 10 years to produce L’Immédiat–literally in English, The Present, or The Instantaneous, or The Immediate. Can you tell us more about duration in relation to your creation?

Camille Boitel (C.B.): Indeed it is quite funny that this work, based upon the instantaneous, on chance and surprise needed such a long period of preparation. I started to conceive of this project in 2005, and I am still working on it after having created several versions–among them the version that will be shown in New York and that has been touring internationally for more than 5 years–as if it is only now that I’m really able to pull out the best from it.

In my opinion, stagecraft dismantles the convention of time–it is a matter of freeing oneself from a rigid, structured duration, from the myth of time. In this project, I think it was our willingness to lose track of time that made the experience so joyous.

N.B.B.: In L’Immédiat, the set–maybe the word installation is more appropriate–is composed of an accumulation of objects of different shapes and materials. There are six performers including yourself on stage, in a constant state of imbalance. Can you tell us about the set? How did you pick and collect the objects? Who are your stage companions and how did you work together? Can you tell us more about your sources of inspiration?

C.B.: The objects had all been found on the street. Intuition, that strange sense, led me to pick this object and not the other one. All these objects had a past life, they were part of the daily life of strangers and they carry those traces. They have their own existence.

Surprisingly, we worked together for a long time without any objects at all. We only explored what was possible with our bodies. Initially, it was just about our interactions, learning and unlearning; and for me, it was about communicating the meaning of that intuition through being and movement.

Our source of inspiration is infinite and polymorphous. It is our world and more specifically all the fragile beings within it that inspired us. We’re fascinated by those who no longer exercise control over anything; people who don’t know what tomorrow will be, who live in the moment, and who have no certain future.

N.B.B.: L’Immédiat toured throughout France and in many countries. How did the audience react? Were their responses different from one country to the other?

C.B.: It was rather amazing: audience’s reactions were almost the same everywhere we toured. The real differences we experienced were from one performance to the next, rather than from one country to the next.

However, divergent and yet natural interpretations emerged whenever we performed in the wake of a natural disaster. For example, after the terrible devastation in Haiti, one scene of the performance seemed to become a metaphor for the lack of water. Or in Japan, it was understood by the audience that we were referring to earthquakes.

The performance is open to countless interpretations. However, in one country, one of the actors did not generate the usual reactions: while the audience would typically break into laughter each time he appeared on stage, in this country, he was understood as a very serious and dramatic character.

It is common to see two spectators seated next to each other, each having completely contrasting reactions; one notices only sadness, the other laughs until he cries. I must say that that’s what I love about wordless performances, or at least in performances that are open to interpretation; I can see that the performance lives on in each spectator.

N.B.B.: What are your next projects?

C.B.: We don’t have any upcoming projects, but we have different versions of the same project. Right now, we’re working on four to five pieces that interlace with each other, and soon they will be ready to be seen by the audience. Even the first production that I worked on, l’Homme de Hus, which I produced over 10 years ago and also recently revived, seems to me to be in line with these other works; each inspires and is inspired by the others.

I understand more and more now that our creations are open, flexible, and not subject to finality. Our productions weave ever-tighter relationships with the audience, and they come to resemble ever more closely everyday life. For example, we will perform a work for a month, but it will be a different work each night.

As for L’Immédiat as it exists today, once we’ve burned the set, I’ll recreate it once more, completely differently and exactly the same….

This article was originally published on French Culture, and has been reposted with permission. 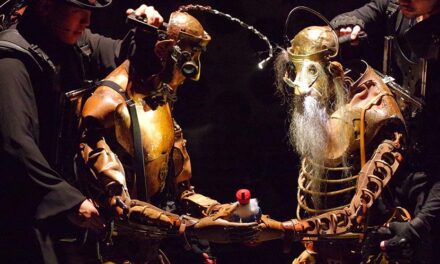 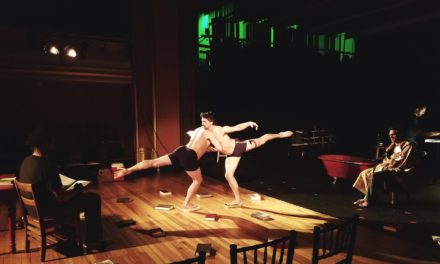 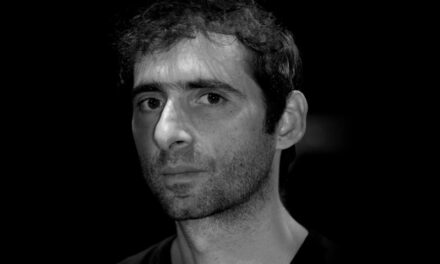