“Once Upon A (Korean) Time:” Review 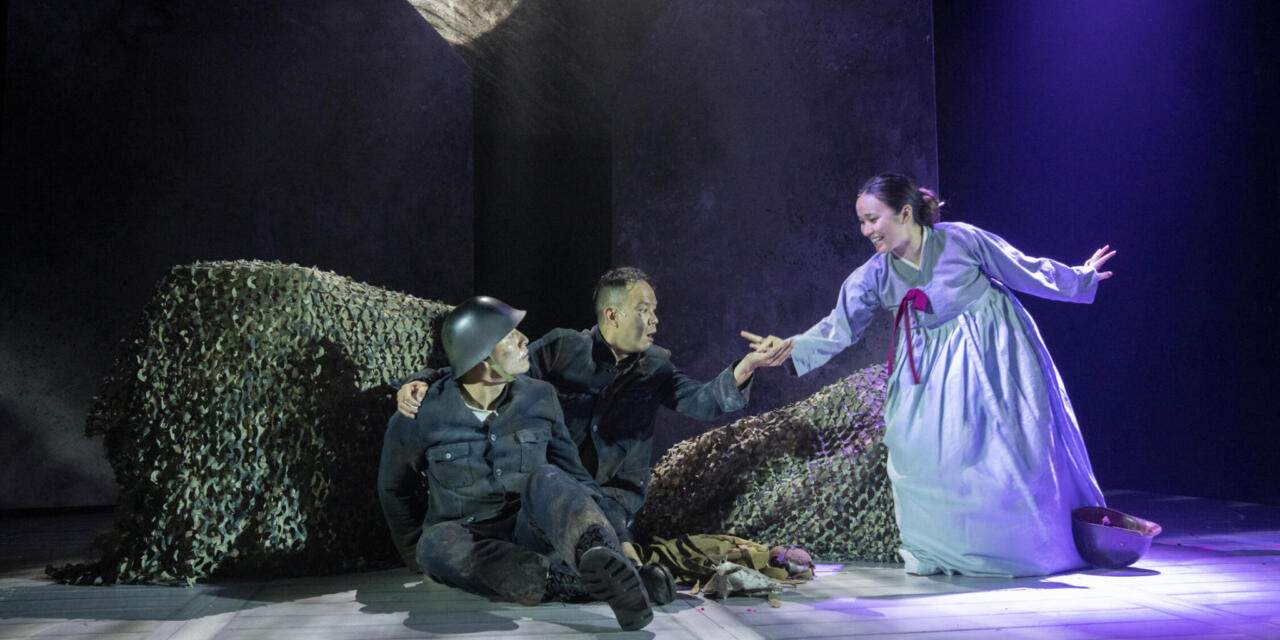 Theater has the power to heal, to provoke, to inspire, and in the case of a Friday night performance of Once Upon A (korean) Time, directed by Ralph B. Pena, to completely dispel the soul-crushing aggravation of a corporate day job.

Initially, circumstances pointed toward an awful, irritating evening.  Fellow theatre-goers were posting to Instagram from their seats, a woman was dancing and humming in her seat, and other audience members clapped their hands like Nicole-Kidman-at-the-Oscars-with-wet-nail-polish.  All those little things that we haven’t had to endure while streaming Ted Lasso from our couches.

Then, the show began, and even though the setting was 1930s Korea and a war zone, the characters were using present-day vernacular like “dine and dash” and “that’s a hard pass” – annoyingly incongruous.  The actors were screaming while the two men who were supposed to be soldiers hid in the trenches to avoid sniper fire.  Then, an announcement no one ever wants to hear, came over the theater’s sound system, “Audience members – due to a technical difficulty, we will pause the show.”  The actors were instructed to leave the stage, while the audience waited in dead silence and darkness.  There was about a minute when nothing happened – a lifetime – until it became apparent that the lighting projection system was being rebooted when technical-looking screens lit up the three walls of the stage.  I was ready to count the day and experience as a loss.

Once the production resumed, it was clear that the pause inadvertently helped the actors shake the nerves driving their earlier screaming delivery.  The two men completely and utterly recaptured the moment when they had been interrupted.  And it was a key moment.  The characters, amid bombing and gunfire, were terrified.  To distract each other from fear, from hunger, from loss, one soldier begs the other to tell him a story.  In this beautiful moment, the awfulness of the day’s experiences turned on its head; the power of storytelling to transform the human experience instantly crystalized both for the actors and the audience. 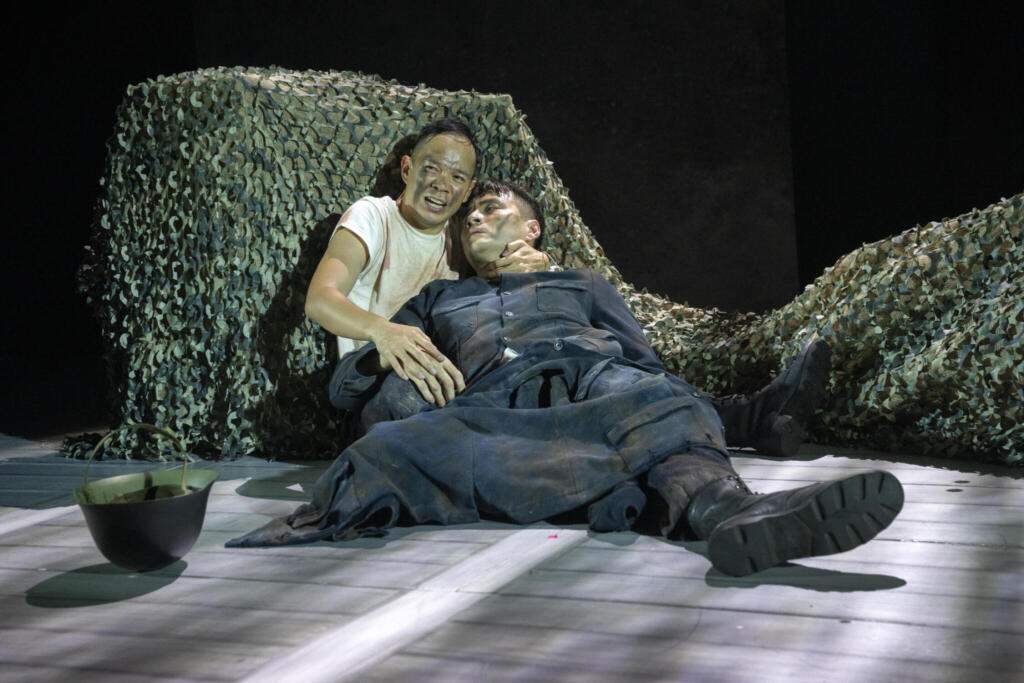 The usage of modern-day slang became completely acceptable because it bridged the past with the present and the future.  The language choices signaled to the audience that it was time to suspend belief and join the journey laid out in the play, to go to a place a “long, long time ago, when tigers used to smoke.”  This is the phrase that begins Korean fairy tales, a fantastical, evocative phrase that I wish I had known about for more than just two weeks.  It is so much more gratifying as an entrance to an alternate reality than the more mundane “once upon a time.”

The play is a series of vignettes, jumping through time and major events in Korean history, intricately embroidering moments of history with Korean fairy tales.  The first is with two soldiers, played by David Lee Huynh and Jon Norman Schneider; other stories come from Korean Comfort women, a bodega owner in the Rodney King-inspired LA riots, and a gay Asian group in modern-day New York’s K-town.  The cast is small with four women and three women.  The characters are known simply as “Storyteller Sonnie” or “Storyteller David.”  The female storytellers, Sonnie Brown, Sasha Diamond, Teresa Avia Lim, and Sami Ma, were spectacular, each assuming multiple roles and playing drastically distinct, striking characters. 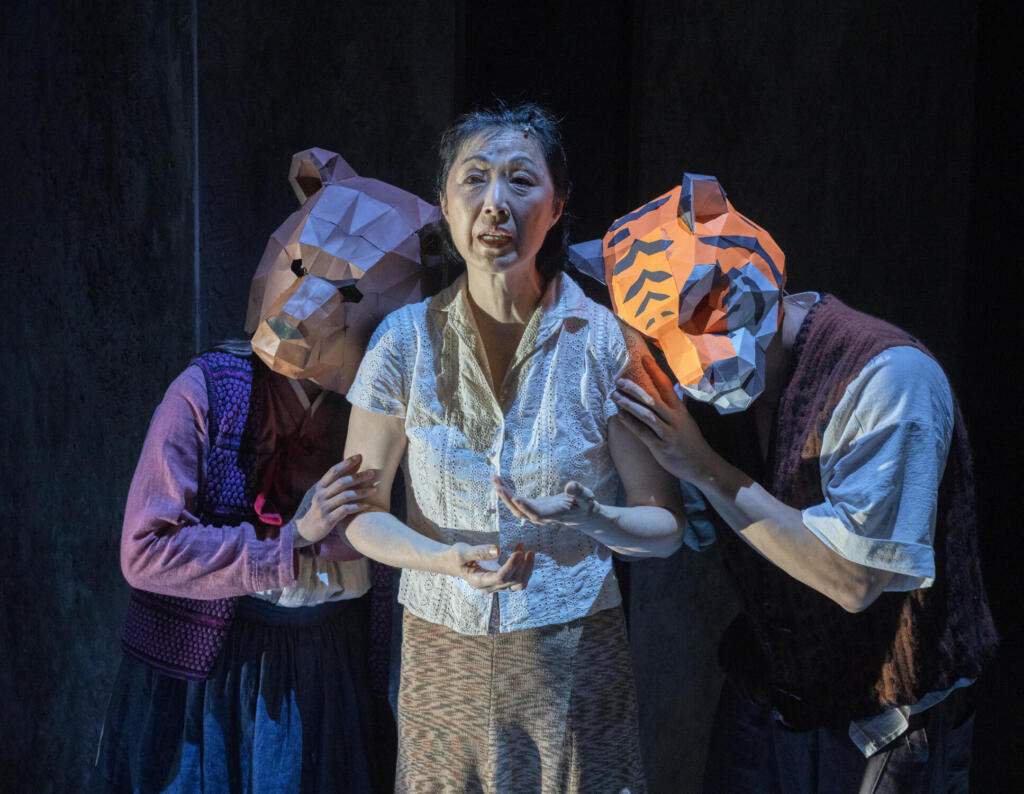 The set design, by Se Hyun Oh, was dominated by two large rotating geometric boxes which served as multiple settings: the walls of a prison encampment, a humble home, a manor, the interior of a Los Angeles bodega, each minimally modified with appropriate props.  The simplicity of the set was enriched with exquisite lighting design, by Oliver Wason, depicting the starry heavens above, exploding bombs, flocks of butterflies, even projections of characters.  No wonder the choice was made to reboot the system early on – oh what a loss it would have been to have not been able to experience this critical aspect of the production.

The best part of these stories is how they so achingly revealed human beings surviving the worst atrocities, heartbreaks, and humiliations – all thoughts of an aggravating corporate job were effectively rendered unimportant.  Which is what the best fairy tales do: reflect life and lessons on both the teller and the audience. 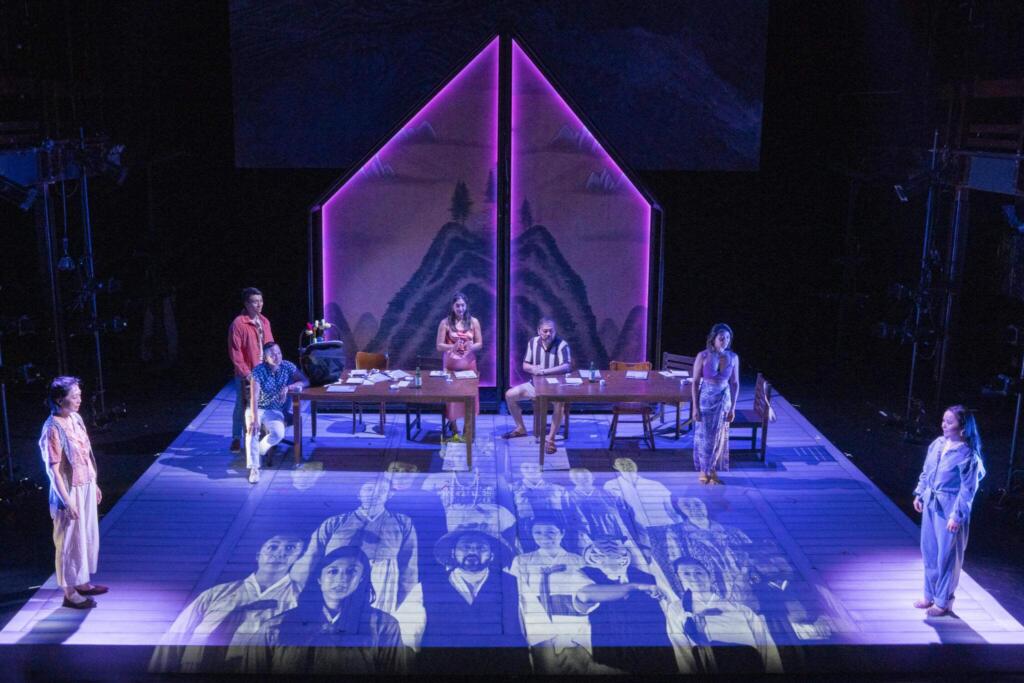 Sadly, this show ended its run on September 18th, but if we’re lucky one day maybe, just maybe, we’ll sometime soon hear a story that begins a long, long time ago when tigers used to smoke.

Once Upon A (korean) Time was written by Daniel K. Isaac, presented by the Ma-Yi Theater Company as part of La Mama Shares that provides theater space for non-curated productions. 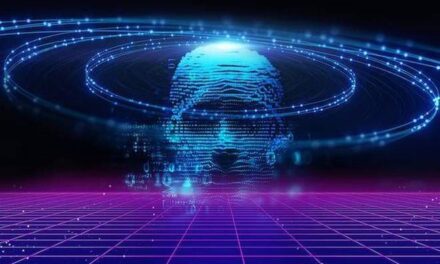