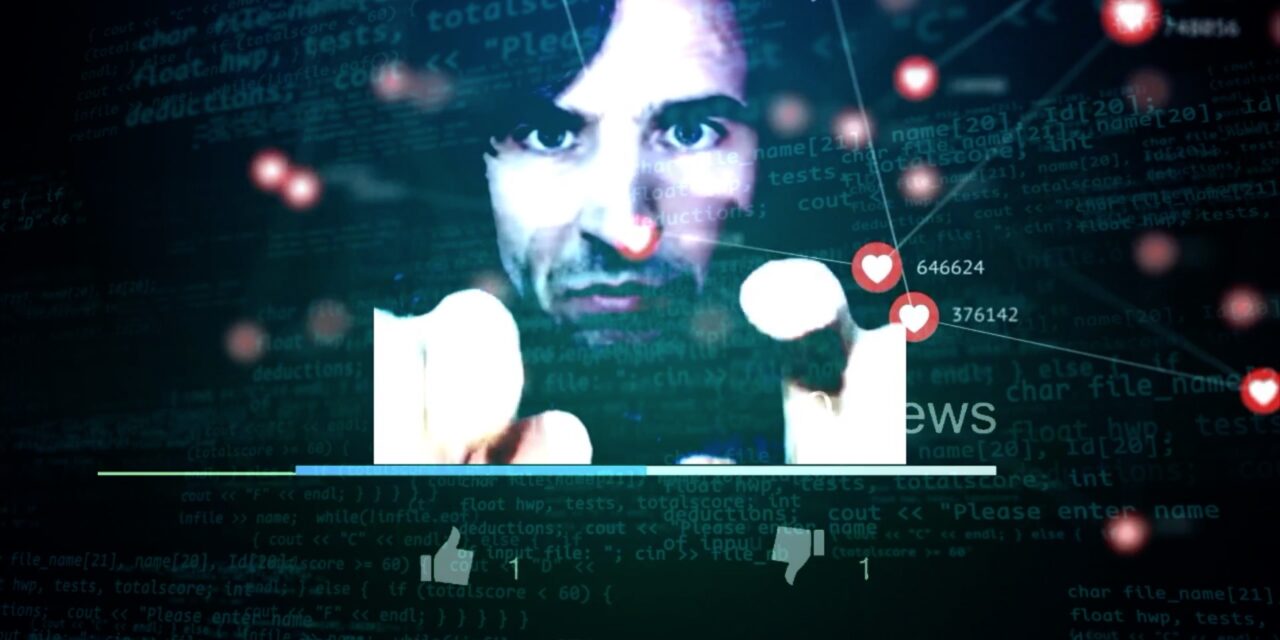 Co-workers Masha and Nikolai sit side by side in separate black boxes on my laptop screen. Their banter is sexually charged. They are bad for one another and they know it, but this only adds to their attraction. In what has already become a trope of virtual theatre, Masha appears to reach into Nikolai’s virtual space (her arm disappearing out of her frame while another extends into Nikolai’s) and they “kiss”, faces pushed against the adjacent limits of their respective boxes. Nikolai breaks away, and then . . . he does the impossible. Nikolai leaps out of his box into Masha’s and puts his lips passionately on hers. This thrilling moment of virtual transgression which occurs one-third of the way into Sarah Gancher’s new digital play Russian Troll Farm: A Workplace Comedy, produced by Theaterworks Hartford and TheatreSquared with additional support from The Civilians, felt dangerous and wrong. Although it had me questioning what was real and what was fiction, all I wanted to know was what would happen next. This was a good story. I was hooked. Russian Troll Farm is a meditation on society’s addiction to storytelling. Inspired by actual transcripts from the (real) Russian government-backed Internet Research Agency, Russian Troll Farm tells the story of professional internet trolls working to influence American popular opinion in the run-up to the 2016 election. True or false, they make up good stories and people can’t get enough. Co-workers Masha, Nikolai, Egor, Steve, and their boss Ljuba (played by actors Danielle Slavick, Greg Keller, Haskell King, Ian Lassiter, and Mia Katigbak, respectively) all feel invisible in their own lives. To compensate, they invent wild stories about American politics and send them out over the internet. Their most notable fiction is called #tunnelkids, Hillary Clinton and the Labyrinth of Lost Children: Money, Power, and the Biggest Child Trafficking Ring in History, and when the story “sticks” the overwhelming response they receive through social media intoxicates them. The illusion of engagement makes them feel alive.

Directed by Elizabeth Williamson and Jared Mezzocchi, Russian Troll Farm begins with a fairy tale. Over sounds and images of election night news coverage, Masha tells the story of a tsar who hires a wizard to raise an army of trolls. Disguised in the clothes of ordinary folks, the trolls spread gossip and slander in the marketplace, enabling the tsar to conquer his own people and his neighbors. Masha wonders:

But what of the trolls themselves?
Those who crept the marketplace in disguise
who went by fake names, echoed empty opinions—
What were they really thinking?
What did they truly believe?
Did they find meaning in their work?
Or did they lie as a fly buzzes, as a cat scratches, unthinking?

As if in answer, we are transported to The Internet Research Agency, St. Petersburg, Russia, April 28, 2016, seven months before the United States Presidential Election, and Masha’s first day on the job. From here, the story divides into four distinct parts, each told from a different character’s perspective revealing what makes each of these (internet) trolls tick. The production is layered and textured. Sound and light, image and text all overlap in translucent ways resulting in what feels like a digital painting, rich and inviting, with a visual depth usually lacking in digital theatre. Jared Mezzocchi (Co-director, Multimedia Designer) does wizard’s work in the background. Like the Great and Powerful Oz behind the curtain, Mezzocchi “pulls the levers” of Isadora (a graphic programming environment with an emphasis on real-time manipulation of digital video) to create an expressionist wonderland. And it is all done live while the performances are happening in real time.

At a time when there is a call for theatre to return to basics, Russian Troll Farm dares to traffic in spectacle. This is not Zoom Theatre; it is an immersive “live” fantasia brought about by experiments in digital theatre making. This is technology as art. I am reminded of George Méliés, the French illusionist who, after attending the first demonstration of the Lumière Brothers’ Kinetoscope in 1895, turned to filmmaking, manipulating the new technology to create cinematic fantasies like A Trip to the Moon (1902). Like Méliés, Mezzocchi is experimenting with new technologies and new forms of storytelling. He is pushing the boundaries of spectacle to its digital limits, and the recklessness is thrilling. You’ll find you won’t be able to tell what is illusion and what is real. But does it matter? It’s all in service of a damn good story. 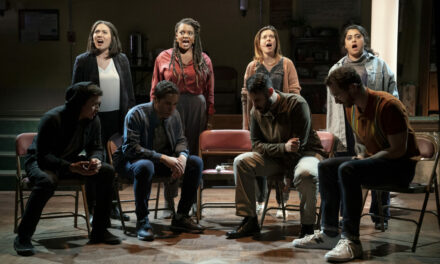