Notes On the (Pop) Avant-Garde in China

Obituaries for the avant-garde proliferate. Critics, academics and cultural observers in the so-called Western world have told us for decades that the avant-garde has declined, fallen, imploded, capitulated and blunt its edge; that it has become creatively exhausted, ideologically reified, historically irrelevant. The avant-garde is past, gone, dead. But not always, and not everywhere.

It may be true that, by the 1980s, the quintessentially avant-garde ontology of political activism, sociocultural antagonism and non-compromising anti-institutional anarchy described by such commentators as Renato Poggioli and Peter Bürger had largely surrendered to institutionalization and temptations of fame and fortune, so that, in certain contexts, “avant-garde” came to signify nothing more than a fancy catchword.

But not so, in China. The period between the late 1970s and early 1980s marked, in fact, the genesis  – or resurrection, if one considers earlier modernist experiments in the first half of the twentieth century – of an ethical and aesthetic impetus that may be categorized as avant-garde.

Focusing on experimental theatre practices in the People’s Republic of China since the start of the so-called post-Mao period (after 1976), one can trace the evolutions and transmutations of avant-garde aesthetics, discourse and criticism from the seminal stages of “pure” avant-gardism in the 1980s to manifestations of “pop avant-garde” praxis since the mid- to late 1990s, in consequence of the growing commoditization and internationalisation of the cultural scene triggered by the economic reforms launched in the previous decade.

This latter stage, in particular, which many have perceived as one of increased ontological insincerity, ideological mainstreaming, and unreserved recuperation by the twin forces of authority and capital, constitutes my key analytical focus. The main concern is not whether a genuine avant-garde movement was ever born in China, or whether it does still live, but rather how it (still) lives. The pop avant-garde does not mark the final chapter of avant-garde experimentalism in Chinese cultural history. It rather announces the beginning of a new story.

The questions of whether an avant-garde, as we know it in the West, ever really emerged in China points to important issues of conceptual transference, applicability, and relativity of judgment, context, and interpretation.  Can non-Western practices that, to varying degrees, draw on the lesson on Euro-American modernism and experimental theatre aesthetics (expressionism, symbolism, absurdism, performance art, environmental theatre, dance theatre, and so forth), be regarded as bona fide avant-gardes? Why use a term that is so deeply ingrained in a supposedly “Western” sensibility and philosophical tradition to categorize non-Western developments? And why one that has been so fiercely debated, dissected, deconstructed and – ostensibly – dismissed in much Euro-American critical discourse?

One simple answer is because since the 1990s, in particular, artists, scholars, and critics have repeatedly invoked the avant-garde terminology – no matter whether to adopt it or reject it. Furthermore, the embracing of an inherently foreign term and theory to denote a profoundly local practice is an intriguing and potentially paradoxical phenomenon that deserves investigation.

Regardless of when, where, and how it happens, or whether it first happened previously on the opposite side of the globe, the origin of a new artistic or cultural phenomenon is always, somehow, a moment of “avant-garde” – an expression of elating newness, an exhilarating expansion ahead (avant) into uncharted lands, and a challenge to the existing order. This further warrants usages of the term in plural form (avant-gardes) to recognise a spectrum of diversified experiences – transhistorically, transculturally and transnationally as well as within one historical period, culture, or nation. Terminologies can be replicated, but practices, expressions and experiences cannot. Innovation is not singular, and is certainly not measured by an exclusively and invariably Western yardstick.

The Chinese avant-garde did not emerge as an organised and unified movement, but rather as a diffuse and subterranean “structure of feeling” – to use a term made popular by Raymond Williams – that slowly, yet persistently, carved its path of innovation within the constricted boundaries of officialdom, among the ruins of socialist culture. Unlike the various movements or “isms -” of Euro-American descent – particularly the so-called historical avant-gardes of the first half of the twentieth-century – Chinese theatre practitioners have often resisted labelling and classification under one single stylistic, ideological, or terminological rubric, possibly as a reaction to the legacy of collectivism and homogenization of individuality and artistic expression of the Maoist period.

As such, the term “avant-garde” was not widely employed to denote theatrical experiments in the late 1970s and ‘80s. “Explorative”, or “exploratory”, was the most common, and possibly cautious, designation for early attempts to depart from the orthodoxy of naturalistic mise-en-scène and Stanislavskian realism that still today constitutes the norm in mainland Chinese theatre.

Modernist-inflected experimental works first appeared on the local scene in circumstances that were markedly different from the Euro-American experience. Canonical understandings of avant-garde praxis generally place this kind of artistic and social manifestation at the margins of, and often in direct conflict with, mainstream academies and cultural-artistic organizations and the institutional establishment. By definition, the avant-garde is extra- and, most frequently, anti-institutional. But, in China, it largely developed from within the institution. Some of the playwrights and directors that have been canonised as pioneers of experimental theatre in the post-Mao era in Beijing, Shanghai and elsewhere were affiliated – and many still are – to state-sponsored theatres.

One example is the internationally renowned playwright, novelist, director and painter Gao Xingjian, winner of the Nobel Prize for Literature in 2000 and exiled in France since the late 1980s. Another is Meng Jinghui, currently one of China’s most prominent and prolific experimental theatre directors and instigator of the pop avant-garde phenomenon. The avant-garde emerged as an endogenous impulse – like a Trojan horse – an assault from within.

Indeed, this was not a choice but a necessity for, in that period, all artists, writers and “cultural workers” were assigned to state-run work units. Non-governmental companies and independent collectives only appeared in the 1990s. Even today, many such groups still find it challenging to operate and survive without institutional support and an official seal of approval – particularly since the introduction of a market economy and the rise of a new commoditised regime of culture that has further complicated relations between artists and officials, and between state and society.

The 1990s signalled the advent of a more radical phase of experimentation, in response to the twin pressures of politics and capital. The Tiananmen Square events of June 1989 constituted a major catalyst for avant-garde expression in this period. In the closely monitored cultural climate of the early 1990s, the experimental arts, and the theatre among them, turned into vehicles for silent mourning and muted dissent, often shrouded in allusion and symbolism. At the same time, matters of commercial viability and box office revenues became relevant again in the new postsocialist economy. Competition for audiences intensified, and the situation was further aggravated by the rapid expansion and rising popularity of the film and television industries, which drew larger and larger sections of the public away from the theatre. A rhetoric of crisis and exhaustion surfaced and, as previously in Western discourse, familiar lamentations for the death of the avant-garde resonated across the Chinese cultural scene. For several critics, however, the avant-garde did not die a heroic death, crushed by authoritarian subjugation and mass neglect but rather – once again replicating a well-rehearsed Euro-American argument – it died of success.

Surely, various maverick experimenters active in the 1990s – a representative example is Mou Sen, founder of the Garage Theatre – withdrew from the scene toward the end of the decade after years of financial struggle, public indifference, and institutional opposition. But others persisted, and managed to reinvent themselves and adapt – not necessarily capitulate – to the new socioeconomic forces and cultural demands, and I have adopted the term “pop avant-garde” to describe this transition. Specifically, this designation was enthused by the style and poetics of Meng Jinghui, a skilful merger of experimental dramaturgy, playful satire and state-of-the-art design. Once the enfant terrible of the Beijing theatre scene and now one of the chief representatives of the established, or canonized, avant-garde, Meng is often faulted for having relinquished the dictates of “pure” avant-garde ontology to negotiate with the mainstream. In fact, in the Chinese context, going mainstream does not equal complete recuperation by capital or unreserved collision with the institution since, in the first place, avant-gardism has never been entirely severed from institutional structures and mechanisms. Put differently, consecration is not tantamount to sacrificial immolation on the altar of pure art. No matter how oxymoronic it may sound, the canonized (pop) avant-garde is now at the forefront of mainstream experimentalism, for, in China, the avant-garde has not been absorbed by the mainstream. Rather, it has overcome the mainstream and, in so doing, it has forced the mainstream to adapt and change, as well.

The pop avant-garde is neither a lesser avant-garde nor the end of the avant-garde but, simply, its latest genetic mutation. Under the shadow of (post)socialism and amidst the rapid socioeconomic transformations of twenty-first century China, the avant-garde keeps metamorphosing and cyclically reproducing itself under ever-changing circumstances.

This article by was originally published on Berfrois. Reposted with permission of the author. Read the original article 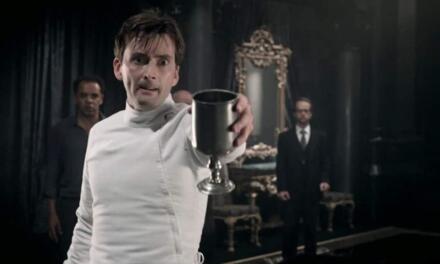 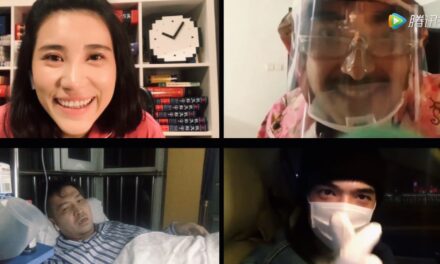