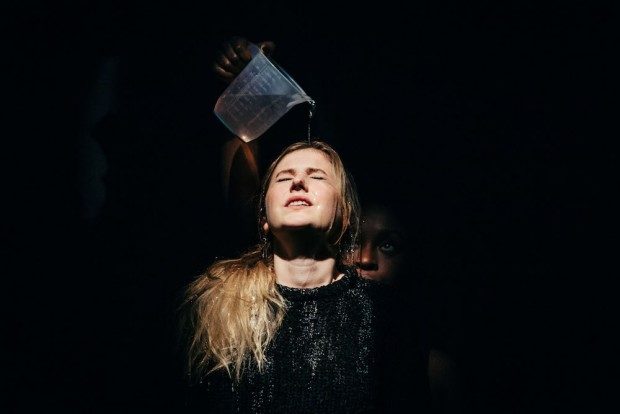 This November, the Royal Court Theatre in London stages the global premiere of Ukrainian playwright Natalia Vorozhbit’s play Bad Roads in an English language translation by Sasha Dugdale. Vorozhbit is one of the most exciting writers of contemporary Ukrainian theatre, producing plays in both Ukrainian and Russian languages. Her multifaceted plays have been performed in Russia, Ukraine, and internationally, and are often united in their uncompromising confrontation of contemporary life and society in the former Soviet Union. Vorozhbit’s theatre is
synonymous with the explosion of new theatre writing, produced by a new generation of dramatists in the 2000s, which became collectively known under the term New Drama. The New Drama movement emerged as a reaction to the perceived diminution of the creative role of the playwright in Russia and changing theatrical aesthetics following the collapse of the Soviet Union. New Drama has since been employed as an umbrella term to describe manifold theatrical genres and forms: writers rarely concentrate on one specific genre, often shifting between producing documentary theatre, comic satire, and plays with more experimental theatrical structures.

Reflecting the mercurial nature of New Drama, Vorozhbit’s theatre traverses multiple dramatic modes and genre. In the early 2000s, her work helped define the nascent New Drama movement in Russia. She was involved in the establishment of Teatr.doc, the small independent theatre in central Moscow, which emerged as an important locus of politically and socially engaged theatre in contemporary Russia. In recent years Teatr.doc has made headlines across the globe following the company’s forced eviction from its original space in December 2014. In 2004, however, Vorozhbit had returned to live in Kiev. Following the Orange Revolution in Ukraine in the same
year, her plays have focused on both Ukrainian history and contemporary events in the country. Her powerful and evocative play The Grain Store—produced by the Royal Shakespeare Company in 2009—cast an epic and forceful reflection on the horrors of the Holodomor, when millions of inhabitants of Soviet Ukraine died in the widespread famine of 1932–33. In 2014, she co-authored Maidan: Voices From The Uprising, which was staged at both the Royal Court and Teatr.doc in the same month. Vorozhbit and co-author Andre Mai used verbatim playwriting techniques to create the text for the play, conducting interviews and gathering testimony from individuals involved in the protests that swept through Ukraine in the winter of 2013–14. The ongoing war in Donbass has been the focus for Vorozhbit’s most recent work. In 2015, along with German theatre director Georg Genoux, she founded the Theatre of Displaced People. The company has staged a series of productions in Kiev with groups of displaced people from the war zones in eastern Ukraine, resulting in the 2017 film School #3. The current conflict in Ukraine is also addressed in Bad Roads. Vorozhbit’s topical depiction of a country at war invokes the current bloody images of war-torn eastern Ukraine that has permeated news reports in recent years.

The production of Bad Roads, directed by the Royal Court’s artistic director Vicky Featherstone, marks a thirteen-year relationship between Vorozhbit and the theatre. It is part of the Royal Court’s longstanding and dynamic relationship with playwrights working in Russia, Ukraine, and Belarus. Vorozhbit’s work with the Royal Court is
situated within a series of collaborations that have brought original, new Russian- language plays to the British stage in English-language translations. The ground-breaking work of Elyse Dodgson and the Royal Court’s International Playwrights’ Programme in the production of new Russian drama dates back to the turn of the millennium when the theatre staged a series of seminars and master classes in Russia. These helped to provide a launch pad for playwrights to explore new creative outlets and were significant in assembling a group of like-minded writers that led to the foundation of new venues in Russia dedicated to staging new writing. Under the auspices of the Royal Court’s International Programme, a number of plays by young Russian playwrights were staged in the early 2000s as part of the theatre’s main program, including Terrorism by Oleg and Vladimir Presnyakov and Plasticine by Vassily Sigarev, which became the first foreign recipient of the Evening Standard’s Charles Wintour Award in 2002.

Perhaps the biggest exposure of British audiences to new Russian and Ukrainian theatre came in 2009 when the Royal Shakespeare Company staged a season of Russian language theatre under the banner “Revolutions: A Celebration of Theatre in Russian and the Former Soviet Union.” The festival was the culmination of a project started by the RSC four years earlier by then artistic director Michael Boyd with the aim of securing a stronger and enduring dialogue between British, Russian, and Ukrainian theatre practitioners in the twenty-first century. Alongside a series of rehearsed readings, the centerpiece of the RSC’s season was Vorozhbit’s The Grain Store and Mikhail and Vyacheslav Durnenkov’s The Drunks—a dark, political comedy that portrays the return of a traumatized and shell-shocked veteran of the Chechen war to his hometown in Russia.

The 2010s have seen a series of further important collaborations between Russian and Ukrainian theatre practitioners and British theatre companies, including a collection of new plays staged by National Theatre Scotland in 2014. Furthermore, the future of further collaboration between theatre-makers based in Russian and Ukraine currently appears to be bright. Noah Birksted-Breen’s Sputnik Theatre Company is currently working on three radio adaptions of new Russian plays for BBC Radio Three, and in 2018 the preeminent Moscow-based theatre company Vakhtangov will perform at the Barbican Theatre with their recent production Smile Upon Us, Lord, based on the
novels of Lithuanian-born writer Grigory Kanovich. These important productions offer a unique theatrical insight into political and social realities in twenty-first century Russia and Ukraine. At a time when there is a burgeoning interest and news coverage in the west of Vladimir Putin’s premiership, and artistic censorship in Russia is sadly becoming increasingly prevalent, these fruitful cross-cultural collaborations offer vital and urgent responses to contemporary events and political developments across the former Soviet Union. Bad Roads is a further exciting
example of how these longstanding creative relationships continue to provide important theatrical transmission, bringing challenging new international theatre to the British stage.

Bad Roads premieres at the Royal Court Jerwood Theatre Upstairs on November 15 and runs until December 23. More information can be found on the Royal Court’s website.

James Rowson is a PhD candidate in the Department of Drama, Theatre; Dance at Royal Holloway, University of London. His research interests focus on contemporary Russian playwrighting since 2000 in the political, social, and cultural contexts of the Putin regime. He is co-editor of the postgraduate, peer-reviewed journal Platform. 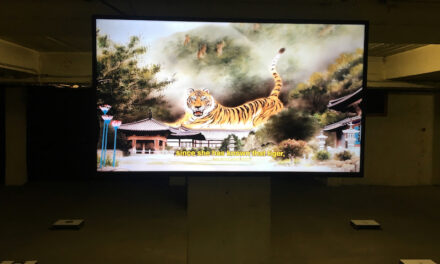 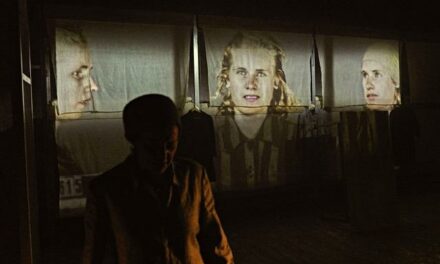 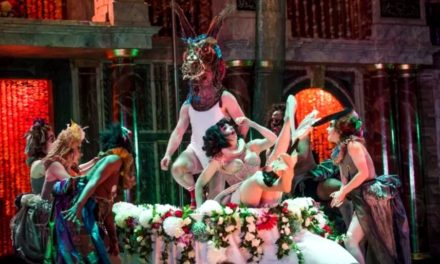