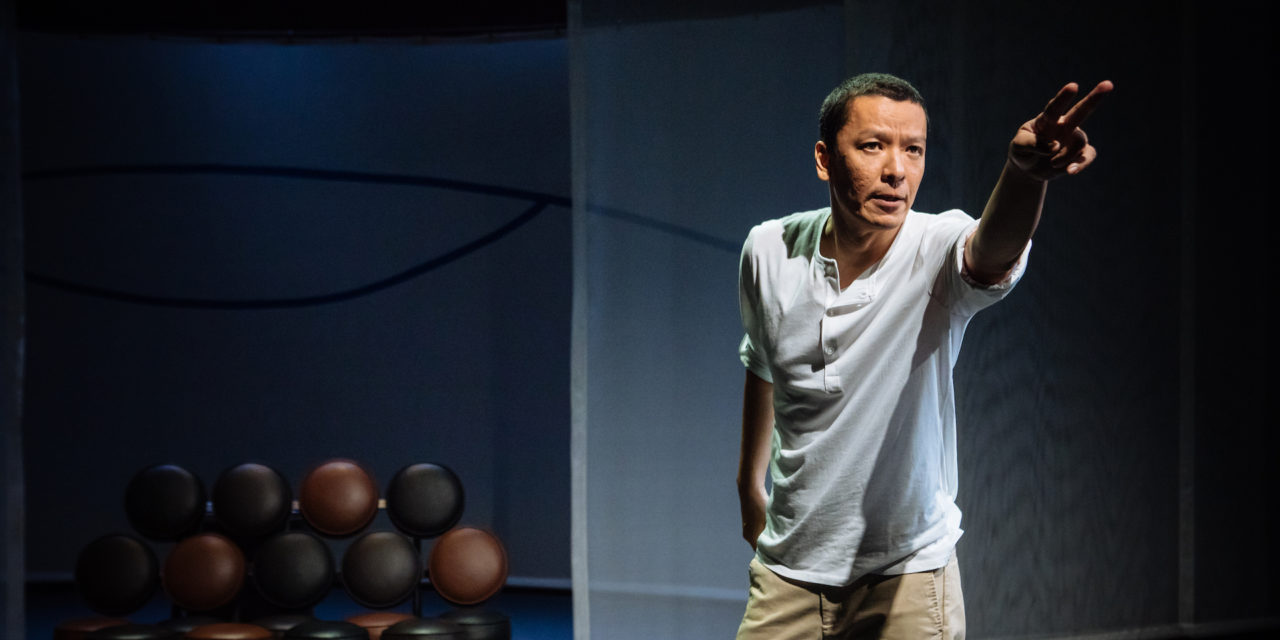 Sani Hussin in "Best Of (His Story)." Photo by Crispian Chan.

In 2013, award-winning actress Siti Khalijah Zainal brought Singapore’s company, The Necessary Stage’s Best Of to life, playing the role of a young Malay Muslim woman going through divorce.  Now, accomplished TV and stage actor Sani Hussin takes the stage as the husband to share his side of the story in Best Of (His Story), written by Haresh Sharma and directed by Alvin Tan. What happens when the estranged couple reunite at the Syariah court? What does he say to a wife seeking divorce? What can he say?

Best of (His Story) is a monologue set on a crowded stage. A young man, alone in an apartment decorated by his wife, reflects on his marriage on the day his divorce is to be finalized in the syariah court. He is kept company by the familial expectations, social conditioning and religious obligations that have shaped his views on marriage. Ghosting the stage, is his wife. For many in the audience, this was not merely a feat of the imagination, but an act of recollection.

The play is a companion piece to Haresh Sharma’s widely praised, Best Of (2013), in which said wife, played by Siti Khalijah Zainal takes the audience into her struggles against the religious bureaucracy of the syariah court and an unresponsive husband. The wife is a feisty young modern Malay woman who, in her sky-high heels and fashionable dress, is presented as a model of  emancipation. Sharma’s finely crafted script, in the hands of the incandescent Siti Khalijah, stages an unambiguously sympathetic character.

The husband, played by Sani Hussin, does not evoke such easily recognizable  sentiments. In keeping with the religious teachings passed on to him by his grandfather and father, he had assumed that upon marriage he would gain moral authority over his wife, indeed that it was his obligation to guide her. Such was not the case. Faced with her assertiveness and independence, he retreats into silence, dooming a previously loving, equitable relationship. 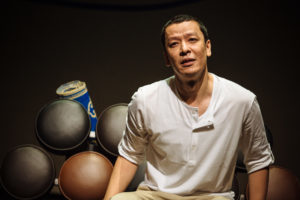 Sani Hussin in Best Of (His Story). Photo by Crispian Chan

After the divorce is granted in court, his loss and regret are palpable. He admits that his wife deserves the agency she demands. Yet, when he cries out “I want to be that man!” we’re not exactly sure if he is referring to the clearly defined role prescribed by tradition or the version that comes without a set of clear instructions. The play ends with him dancing a traditional Malay dance, at the behest of his two best friends, the campy Clifford and the über bad-boy, Lokman. His solitude is highlighted by the fact that the dance is usually performed as a group number. As the lights go down, and the music plays on, we are left wondering what the future holds for the husband.As his story progresses, it becomes clear that the central conflict in the relationship is an internal one: located within the husband rather than between the couple. He vacillates between being the patriarchal husband seemingly endorsed by his religion, and his awareness that these norms are no longer acceptable. (When a friend refers to women as property, he is rightly appalled.) Engulfed by a sense of male entitlement and yet sentient enough to feel discomfited by it, the husband struggles to find his way in a world of shifting values. Sani Hussin got off to a shaky start but captured the character’s internal struggle through a kinetic energy, a purposeful asymmetry to Siti Khalijah’s self-assured, sedentary delivery in Best Of.

Both monologues, directed by Alvin Tan, form a three-way conversation between the two characters and the audience. On the most obvious level, Best of and Best of (His Story) are highly personal accounts of the breakdown of a marriage.

On another level, the works continue The Necessary Stage’s critically praised tradition of taking on topical issues through performance. Best of (His Story) and Best Of are about the Malay-Muslim community in Singapore, and were written with input from the performers, and after considered research on divorce in the community. With these two English-language plays, the company stakes an intermediary position to “present a slice of life for the Malay minority in Singapore to a larger audience”[1].

It’s a big responsibility. Both monologues steer close to issues commonly highlighted about the Malay-Muslim community nationally: the high divorce rate, mounting piety, gender imbalances. That makes sense on one hand. Both plays add nuance and give human face to headlines and statistics. But, even as the plays are presented as an intervention, they also cement these issues as key identifiers of a minority community for a largely non-Malay audience.

Further, rather than a she-said, he-said structure, presenting two sides of a divorce, the two works are hinged on a dichotomy of emancipation vs. religious practices and tradition, here cleaved to Islam.  Perhaps I’m quibbling, but there is a distinction to be made between institutional religion, which is an instrument of the patriarchy, and issues of faith. That is never fully addressed in the play. 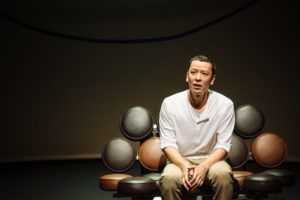 Sani Hussin in Best Of (His Story). Photo by Crispian Chan

The stunning election of Donald Trump as the 45th President of the United States is but one visible manifestation the sense of crisis in (white) masculinity. Movements such as the Surrendered Wife and Quiverfull, are extreme examples of a larger movement amongst Evangelical Christians, which demonstrates that the issues faced by the couple here are not a unique feature of Malay-Muslim gender relations.In fact,  Best of (His Story) comes at a point where the breakdown of social structures and changes in values has seen a resurgence of religious fundamentalism and a reassertion of traditional gendered roles across societies and cultures. The gains made by women have reached (in some sectors of the male imagination), a tipping point that has turned the patriarchy into the subaltern.

The stunning election of Donald Trump as the 45th President of the United States is but one visible manifestation the sense of crisis in (white) masculinity. Movements such as the Surrendered Wife and Quiverfull, are extreme examples of a larger movement amongst Evangelical Christians, which demonstrates that the issues faced by the couple here are not a unique feature of Malay-Muslim gender relations.

Best of (His Story), to its credit, does allude to these complexities. The husband’s two moments of real anger are not directed at his wife. Rather, he is frustrated by the indifference of the police towards the proselytizing Christians at the MRT station, and by the representation of Malays in the national media as underachieving and prone to divorce.

Unfortunately, the minority/majority dynamics of its themes and the conditions of the play’s consumption yolk it to an unwieldy burden of representation.  As a work  that attempts to elucidate across communal lines, Best of  (His Story) goes some  distance in challenging preconceived notions, but perhaps, not far enough.

[1] See Divorce from a Man’s View” by Akshita Nanda http://www.straitstimes.com/lifestyle/arts/see-divorce-from-a-mans-view

This review was developed as part of an Art Writing Workshop by The Guardian’s Theatre Critic, Lyn Gardner, organized by the NAC Singapore.  This review was originally published at ArtsEquator. ArtsEquator  is a new platform for arts and culture in Southeast Asia. Reposted with permission. Read an original article here. 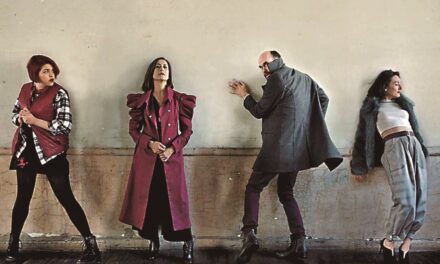 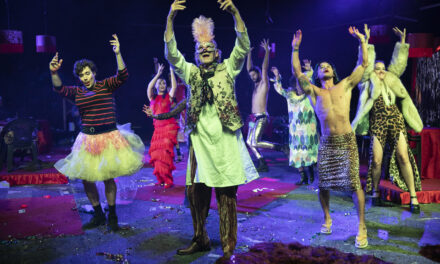