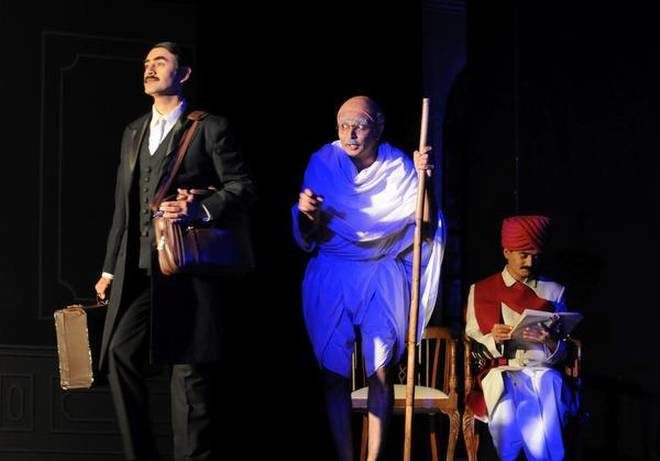 Theatre-goers in Madurai were treated to a relatively new Hindi play Yugpurush – Mahatma ke Mahatma that threw light on Mohandas Karamchand Gandhi’s early days mentor, Shrimad Rajchandra, a Jain philosopher, and the spiritual relationship the two of them shared.

Written by Uttam Gada (who also wrote the script for Bollywood movie Khiladi 420) and directed by Rajesh Joshi of Code Mantra fame, the play was premiered in Gujarati on November 14 last year. It was staged in Mumbai in the presence of several luminaries and since then has traveled within and outside India with 630 shows. It has also been translated into English, Marathi, Bengali, Telugu, and Hindi and won the best drama trophy at the Dadasaheb Phalke Awards for Excellence-2017. With a Tamil version in the offing soon, the troupe was brought to Madurai by a Bodi-based follower of the spiritual guru, Mohan Bhai, to enable people to watch a good drama. 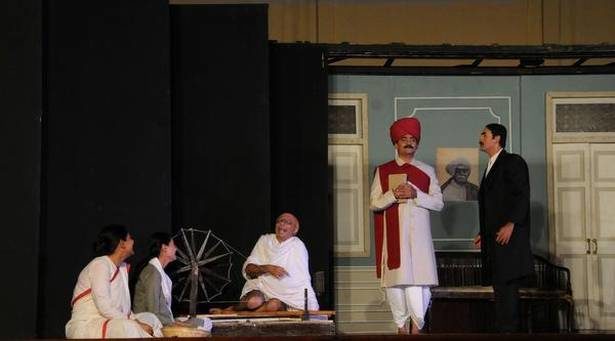 The play certainly threw up surprises as the role of Shrimad Rajchandra in Mahatma Gandhi’s life is not widely known. A glimpse of how the saint-poet influenced Gandhiji’s mind riddled with doubts and questions and inspired him to become an apostle of satyagraha was based on real life stories and convincingly played out by the actors. Bollywood composer duo Sachin-Jigar’s music dramatically interspersed the narrative and dialogues and the entire production from the stage backdrops to lighting and costumes was of professional standards.

Only the late start of the show at 9 p.m. (and ending well past midnight) played a spoiler. The serious theme of the play failed to pull crowds on a Tuesday evening. Crowd petered out after interval in spite of the brilliant production and some valuable takeaways from history. 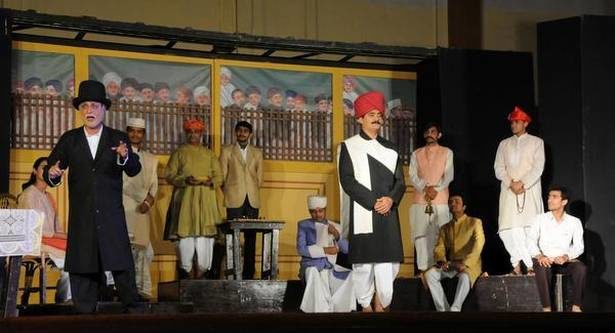 Since it was a presentation of Shrimad Rajchandra Mission Dharampur, the storyline did touch upon glorification of the Jain leader. But credit must go to the writer for not making it overtly preachy. The values and teachings were woven into the seamless story with some interesting scenes and some dialogues sprinkled with humor.

Like the one when the young Gandhi returns to India as a 21-year-old barrister and for the first time meets Rajchandra, who is two years older than him. It is the first impression that lasts. Rajchandra is made to listen only once to a list of 50 words in different languages prepared by Mohandas Gandhi and rattles them out in a chronological order without committing errors. 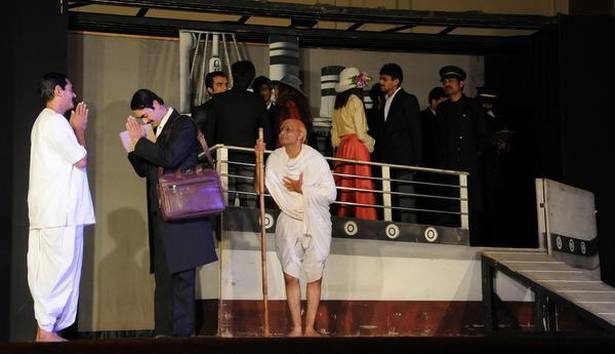 In another scene, Rajchandra performs ‘shatavadhan’ (doing 100 activities simultaneously). The event which was reported in major dailies of those times took place in 1887 when a group of 100 people asked him different questions pertaining to different subjects using words from different languages while challenging him to a game of chess and card. He wins and replies correctly to everything within the stipulated time.

The play captures how Rajchandra’s knowledge of the scriptures, humility and moral earnestness inspire Mohandas Gandhi’s journey from a barrister to the revered father of the nation. The relationship that blossoms over two years is traced and commendably compressed into the interplay of characters, scenes, and dialogues where old Gandhiji is the sutradhar.

The play starts with him reminiscing about his past on the day of his assassination when he tells his associates about Shrimad Rajchandra, the man who impacted him the most. It is the juxtaposition of the older Gandhi on stage and his younger self and the guru that takes the audience through the Mahatma’s life journey in two hours.

This article is reposted with permission from The Hindu. To read the original article, click here. 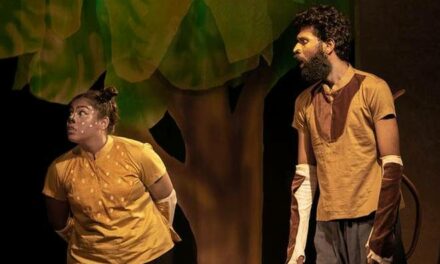