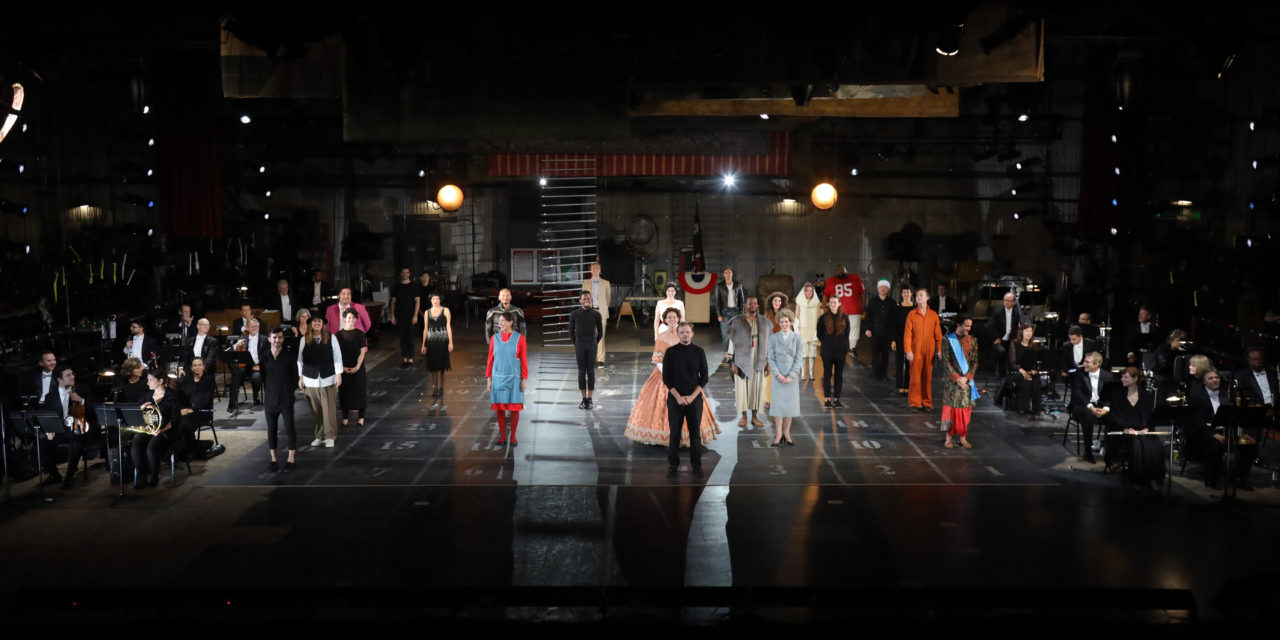 John Cage’s Europera 1 and Europera 2, (aka Europeras 1 & 2) was presented by The Industry, the opera company directed by Yuval Sharon / conducted by Mark Lowenstein, in collaboration with 23 members of the Los Angeles Philharmonic’s New Music group at Sony Studios November 6, 10 and 11, 2018. It is a highlight of the Phil’s FLUXUS Festival honoring the orchestra’s centenary and supported by The Getty Research Institute. Sharon is artist-collaborator of the LA Phil and dedicated to unconventional staging of equally unconventional operas, such as Hopscotch, about which I also wrote a piece.

First performed in Frankfurt in 1987, the 2 pieces (of the total 5) recycles 18th and 19th-century European operatic arias presented in “random” staging. Cage built the work upon an armature of oracular divination with the iChing, a process that was automated in 1984 by Andrew Culver by means of a computer language designed to mimic the millennia-old system. Theatrical elements (vocal and instrumental music, scenery/lighting/props and acting/blocking/words) were arranged in time and space dictated by Culver’s original algorithmic functions.

Through this process Cage doesn’t ask the participants (actors, musicians, audience, designers, and crew) to make “sense” of it so that it fits some mold; rather, he wishes to emphasize the independence of each “element.”  Thus, the work is not de-construction, but perhaps pre-construction. Still, there is some expectation by the audience and performers. 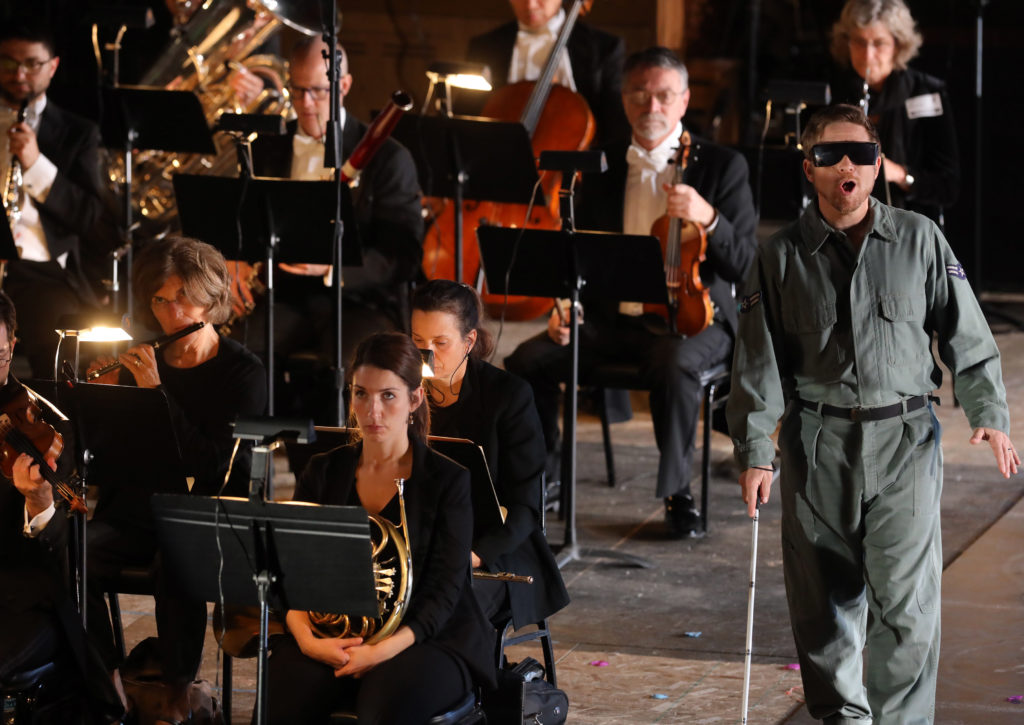 Not being well versed in the European operatic oeuvre, I was happy to take it for what it would be…more an ichi go ichi e opportunity…that Zen Buddhist principle that just this one moment in time cannot be repeated and can be appreciated for whatever it is.

Given that we live in an era driven by critical studies, in preparing for the spectacle and the writing of this piece afterwards, I wondered whether it is OK to be in a heightened state of anticipation, not to mention expectation, for a work that is specifically designed to defy both impulses. Wishing to be in synch with the spirit and letter of Cage’s process, I also threw my fate to chance by consulting two oracles of my own choosing.

The first was Google. The following are some of the chance results:

The second oracle I approached also was the iChing itself. In this system, everything in life can be expressed through the correlation of the 8 elements of the BaGua: fire, wind, water, lake, mountain, earth, thunder, and heaven, with 64 possibilities of their combination.

Then, as a result of current events in Los Angeles, I lost focus…My attention has been consumed by the tragedy of the monstrous fire we are experiencing in Los Angeles. The fire on the mountains, fire devouring the earth, moisture-sucking wind driving fire, fire assaulting Pacific Ocean beaches, fire engulfing homes along Malibu Lake, fire under heaven! In the iChing system “fire” challenges clinging impulses. What can we let go? A house? A pet giraffe? Photos? Hopes? Dreams? Favorite surfboards? 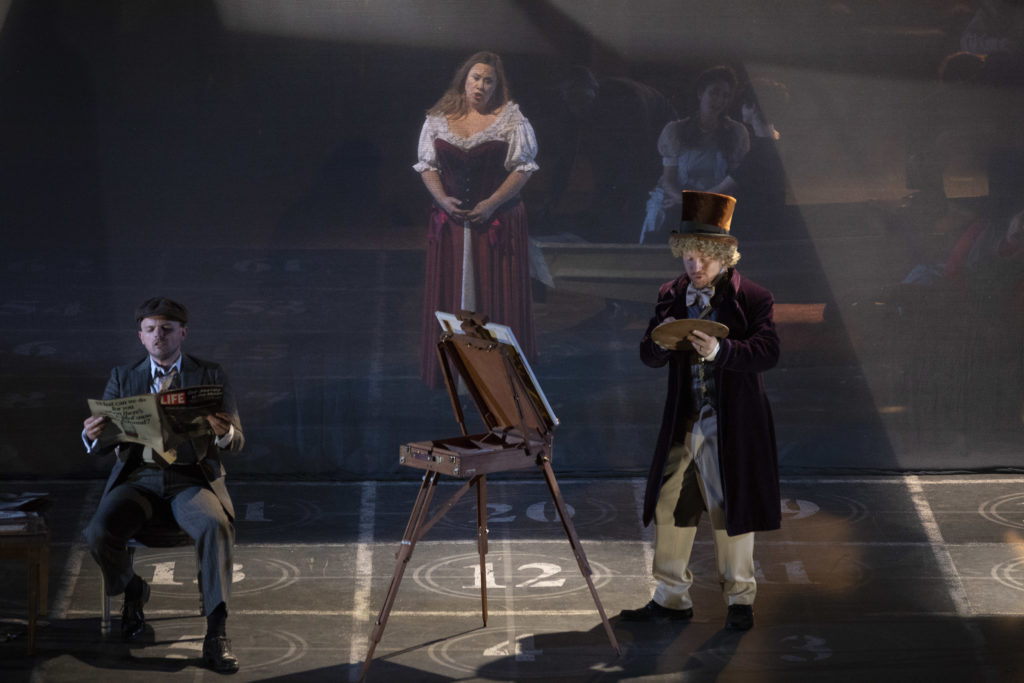 Cage once wrote, “For two hundred years the Europeans have been sending us their operas. Now I’m sending them back.” Europe, the source of those arias in Cage’s work, couldn’t be farther from my mind, and yet the work couldn’t be timelier! These beautiful artworks were imported and vaulted into “high” culture of our midst by the same colonial forces would deny refugee status to desperate migrants at our borders today.

Thinking about the great local loss to the elements (not to mention the recent wonton slaughter of 12 people in a nearby bar by an ex-Marine with a loaded gun, PTSD, and a history of mental instability), the soundtrack of this moment became the magnificent operatic poem Unetaneh Tokef came. Written about a thousand years ago by an unknown author in Northern Europe, the liturgical poem is traditionally sung during religious services at the commencement of each Jewish new year. It includes the litany of wonder about fate:

How many will pass and how many created? …

Who by fire and who by water? …

Who by the sword and who by wild beast? … 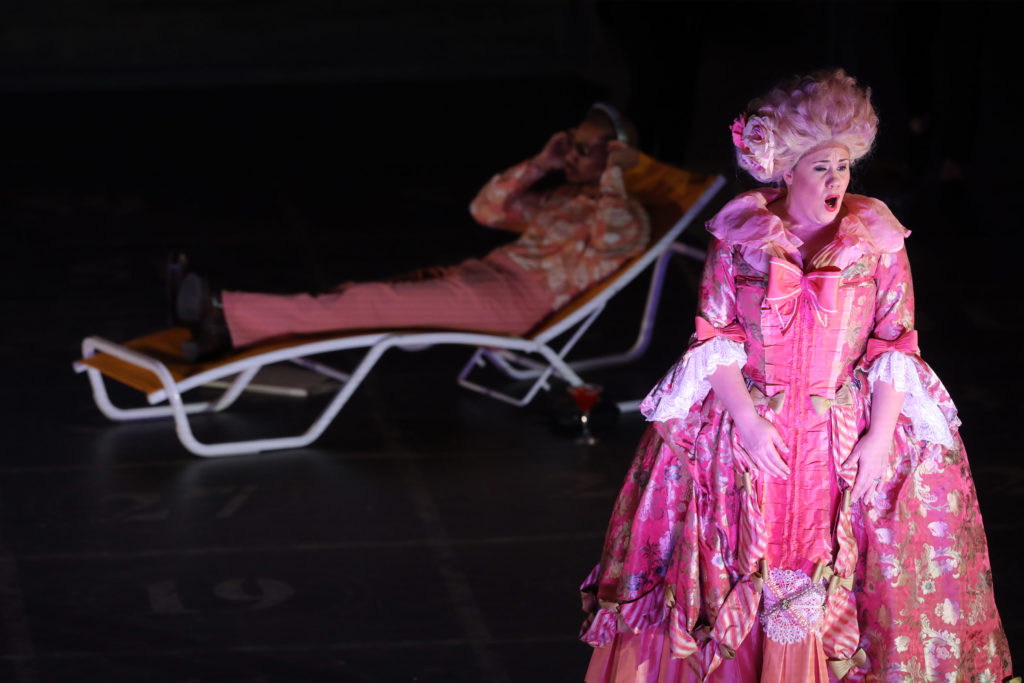 In this well-planned approach, chance still rules life. What were the chances that in this heightened state of awareness that I would miss having this once in a lifetime experience? 1:10,000? That’s what happened. So what! It proves Cages premise, that even up the curtain time, things were changing. Hence I’m writing this essay and sharing production stills.

Michel Foucault described the situation perfectly in an article at Slate about the power of algorithms to solve problems: It’s “… a sort of distributed force, one that derives from the way we internalize norms and expectations rather than from the dictates of presidents and kings. [It’s] not the power of an individual actor who knows too much, but the power of a system to which we’ve already submitted.”

Note: Thanks to Jim Farber who mentions that the Marx Brothers filmed A Night At The Opera (1935) on the lot when it was MGM’s facility! 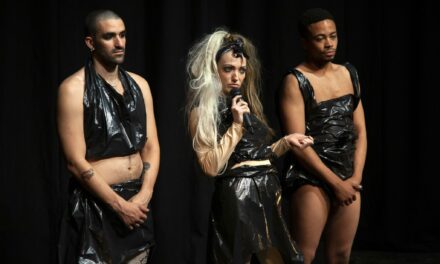 World Premiere Of Completed Lorca Play: “The Dream Of Life” Opens In Madrid