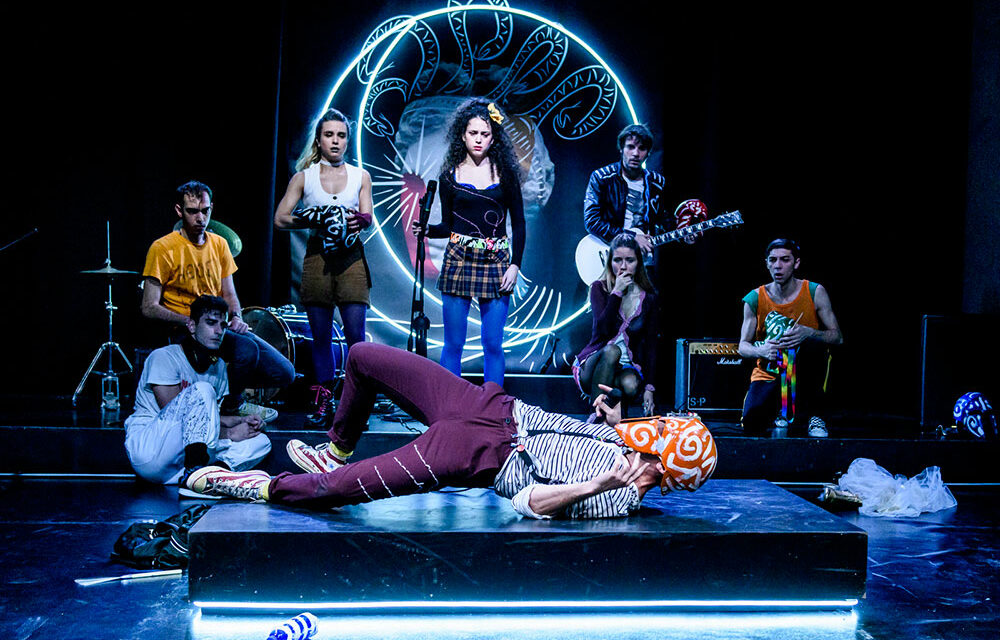 “Heroism is to this decision that you make by yourself, to stick to it until the very end.”

Today theatre adaptations of literary works are considered a rather prevalent source of new theatre texts. However, in Greece, it has only been a little over a decade that the works of literature have become a frequent creative challenge for theatre directors and dramaturges. This relatively recent engagement of the theatre world with the realm of books has led to various adaptation practices, but the majority of artists remain in favor of the – valid yet less inspired or theoretically contemporary – choice of a theatre performance that serves the original text with loyalty.

One such adaptation managed to stand out because, although it remained meticulously loyal to the work of literature, it created an aesthetic experience of such imprecise time attributes that it became both classical and contemporary at the same time. The performance Eroica was staged by the emerging theatre and film woman director Yolanda Markopoulou at the famous Art Theatre (Theatro Technis) in Athens, founded in 1942 by Karolos Koun and named after Stanislavsky’s own. This was the first time the best-selling interwar novel of Kosmas Politis was put on the theater stage. The novel, first published in 1938, had won the National Literary Award and remains until today one of the most popular pioneers of coming-of-age novels of Greek literature. What is more, it claimed international reputation in 1960 when Michalis Cacoyannis made a film adaptation in English with the title Our Last Spring and an international cast.

Although it had already been turned into a film script, this was the first time Eroica was adapted for theatre and dramaturge Elena Triantafyllopoulou decided to take a rather conservative approach. The director Yolanda Markopoulou, on the other hand, took a typical Bildungsroman of the beginnings of the twentieth century and created a mystifying world between childish innocence and raging puberty. On stage, the modernist atmosphere of the aesthete Greek literary movement known as the 30s Generation[1] meets the political and aesthetic non-conformity of the rebellious punk movement of the 70s.

The storyline and the text were extremely coherent and in fact, most dialogues came straight from the book. But the steady and fast pace of the performance and the energy of the actors swept away the romantic lyricism of the novel, giving life to a wild present-day narration of the turmoil of adolescence and highlighting the “live fast, die young” aspect of this young adult literature classic which anticipates a long streak of international movies and fiction on youth rebellion later in the century.

Eroica, an undoubtedly intentional optical reference to the word “erotica”, is a story about a group of schoolboys in an imaginary Greek town that experience a transformation from a gang of little troublemakers playing the firemen with custom-made helmets into a quasi-delinquent group of young men, suffocating under the expectations of their bourgeois social environment when faced with the cruel realities of the adult world.

Death, romantic love and sexual awareness become the turning points of adulthood and the loss of childish purity creates a series of physical, psychological and moral transformations that strike the young people of both sexes in the story with such intensity that they stumble disoriented while searching for meaning and personal identity in acts of social and individual heroism.

This exhausting strive was aptly reenacted by a group of very promising young actors (Ifigenia Karamitrou, Eleana Kafkala, Nikolas Michas, Efthalia Papakosta, Paris Skartsolias, Alexandros Skourletis, Themis Theocharoglou, Thanos Tsakalidis), whose realistic acting and clear, natural use of voice created a beautiful juxtaposition with the sometimes surreal mise-en-scène of Markopoulou and the carefully choreographed physicality of their movements. Their movement seemed, in fact, effortless even when they were performing acrobatics, thanks to experimental choreographer Sofia Mavragani. Especially the musical parts, with the tense and overwhelming original music by Vassilis Tzavaras, created images of a punk-rock show (which includes a drag show scene by Themis Theocharoglou aka Holy Grace). The total effect was a post-modern diffusion of musical sounds drawn on the novel. It is worth noting – as well as appropriate to a teenage novel – that music plays an important role in many scenes in the book, while two of the book’s characters play musical instruments and become musicians in adulthood. 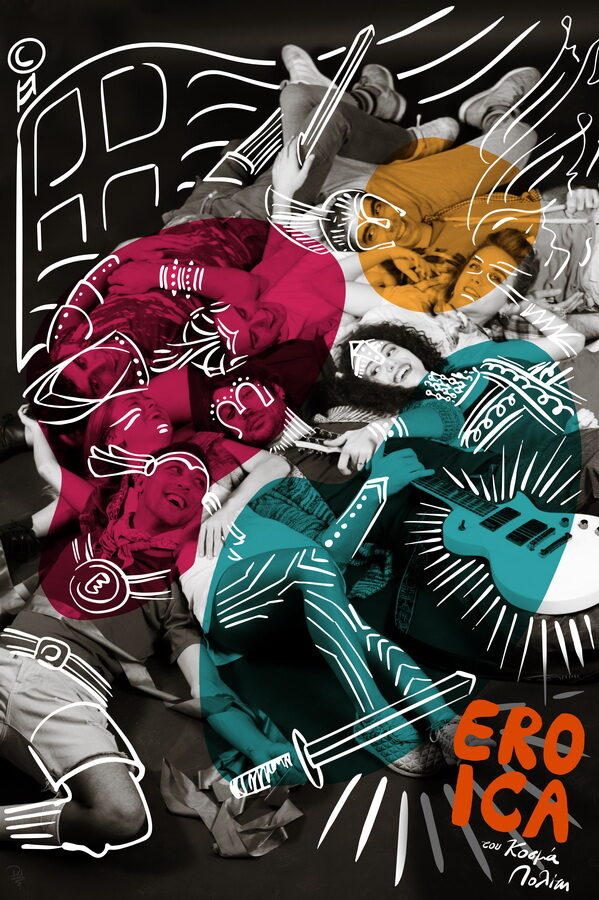 The musical instruments played live by the actors themselves are also the core-theme of the stage design, as they remain on stage throughout the performance. Despite the fact that some scenes in the novel include music playing, most of the performance’s musical parts are an addition of the director inspired by her idea to symbolically connect the interwar generation with the post-war generation and the punk movement. The abstract scenography and restricted use of props enable this idea to evolve into an interesting aesthetic proposal by stage and costume designer Paris Mexis, who uses punk elements loosely mixed with fashion ideas from the 40s and 50s. He also uses colors found in the illustration of the most famous Greek textbook, the Alphabet Book/Alphavitarion, taught in the Greek state schools for about 55 years until 1974. Although each actor alone would seem like an eccentric punk youngster of our times, the whole cast together made a colorful composition – a kind of masquerade – which expressed gracefully the atmosphere of the book, where in fact there are numerous disguises of the main characters. These disguises are used by the author Kosmas Politis to highlight the internal conflict between childhood and adulthood.

According to director Yolanda Markopoulou, Eroica was the first novel she ever dreamed of adapting into a film when she read it at the age of sixteen. Her colorful and lively staging creates a striking antithesis with Cacoyannis’ uncanny, black and white Our Last Spring, marking a comparable difference between contemporary and Cold-War Greece. World War II, the Greek Civil War and the precursors of a military junta were for Cacoyannis an environment where children were deprived of a childhood and young people of a future, whereas Markopoulou audaciously remains optimistic that a modern-day crisis can at a personal level constitute a realm of creative development and self-determination.

The performance in total was a fresh piece, which would engage all ages, though with a focus on young audiences. It managed to fully bring into life the characters and themes of Politis’ novel and keep them relevant to contemporary life. Despite the loyal interpretation of the book, the performance did, in fact, contribute a new rendering of a classic story by shedding a contemporary light on those aspects that remain timeless: romantic love and sexual desire as forms of social revolution and personal heroism.

[1] The 30s Generation was a Greek literary and artistic movement of the beginning of the twentieth century aiming to redefine the Greek identity by bringing together European modernism and Greek tradition, rendering folk art and local heritage contemporary and relevant. 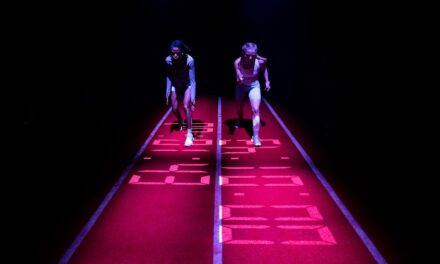