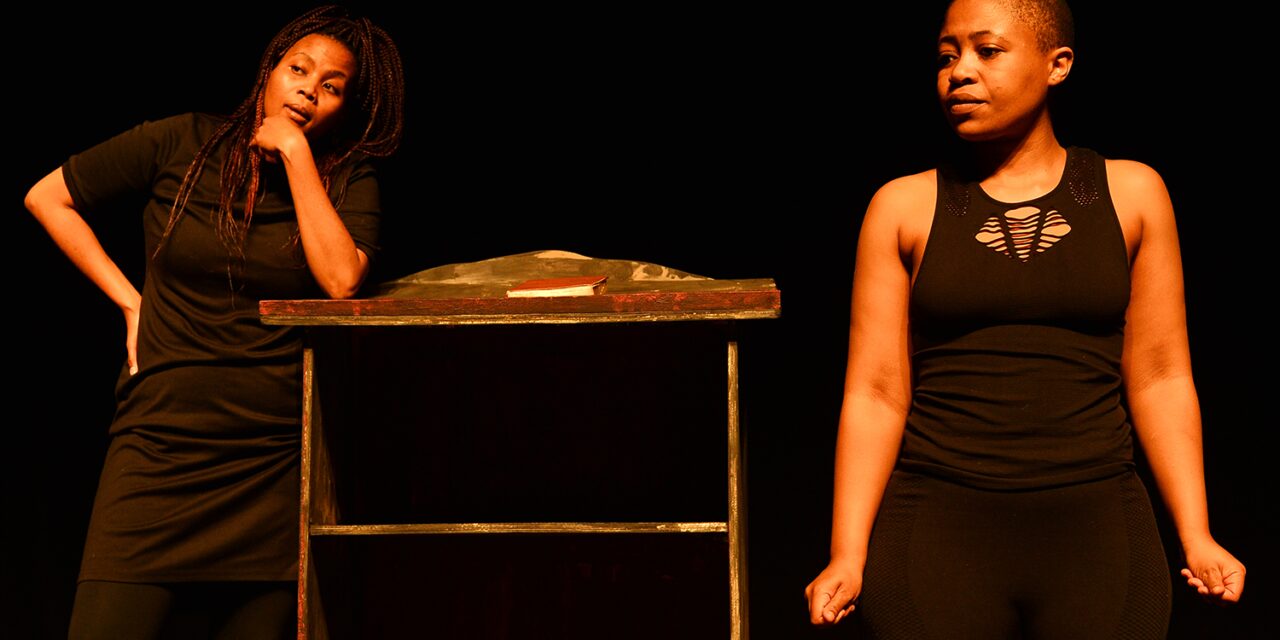 "No Easter Sunday for Queers." Directed by Mwenya Kabwe. Photo by Lungelo-Mbulwana.

No Easter Sunday for Queers, which just completed a hugely successful run at the Market Theatre in Johannesburg, South Africa is celebrated poet, writer, and theatre director Koleka Putuma’s most important work and indelible contribution to the South African playwriting canon. Koleka Putuma is best known for her poetry with the well-traveled, university prescribed (in South Africa and Sweden), best-selling and multiple award-winning anthology Collective Amnesia being the jewel in her poetic-crown.

Koleka Putuma has written other plays before, notably UHM (2014 ), Woza Sarafina (2016) and Mbuzeni’(2018) and a few others for younger audiences. No Easter Sunday for Queers is described as “a continuation” (albeit a completely different genre) and adaptation of a poem written in the form of a letter by the same name from her seminal Collective Amnesia.

The play-script deservedly won the Distell National Playwriting Competition award for 2019 having racked-up other awards for its development before that. With its very subversive and unapologetic title, Koleka Putuma has created a story which places queer love at the center – but it is certainly more than just a story about queer love. It is a universal love story about two lovers Napo (MoMo Matsunyane) and Mimi (Tshego Khutsoane) who dare to love differently, and the persecution they experience from family members represented by Pastor Nkosi (Lunga Radebe) and the community for a choice only the heart could make and for which it need not have reasons or reason. 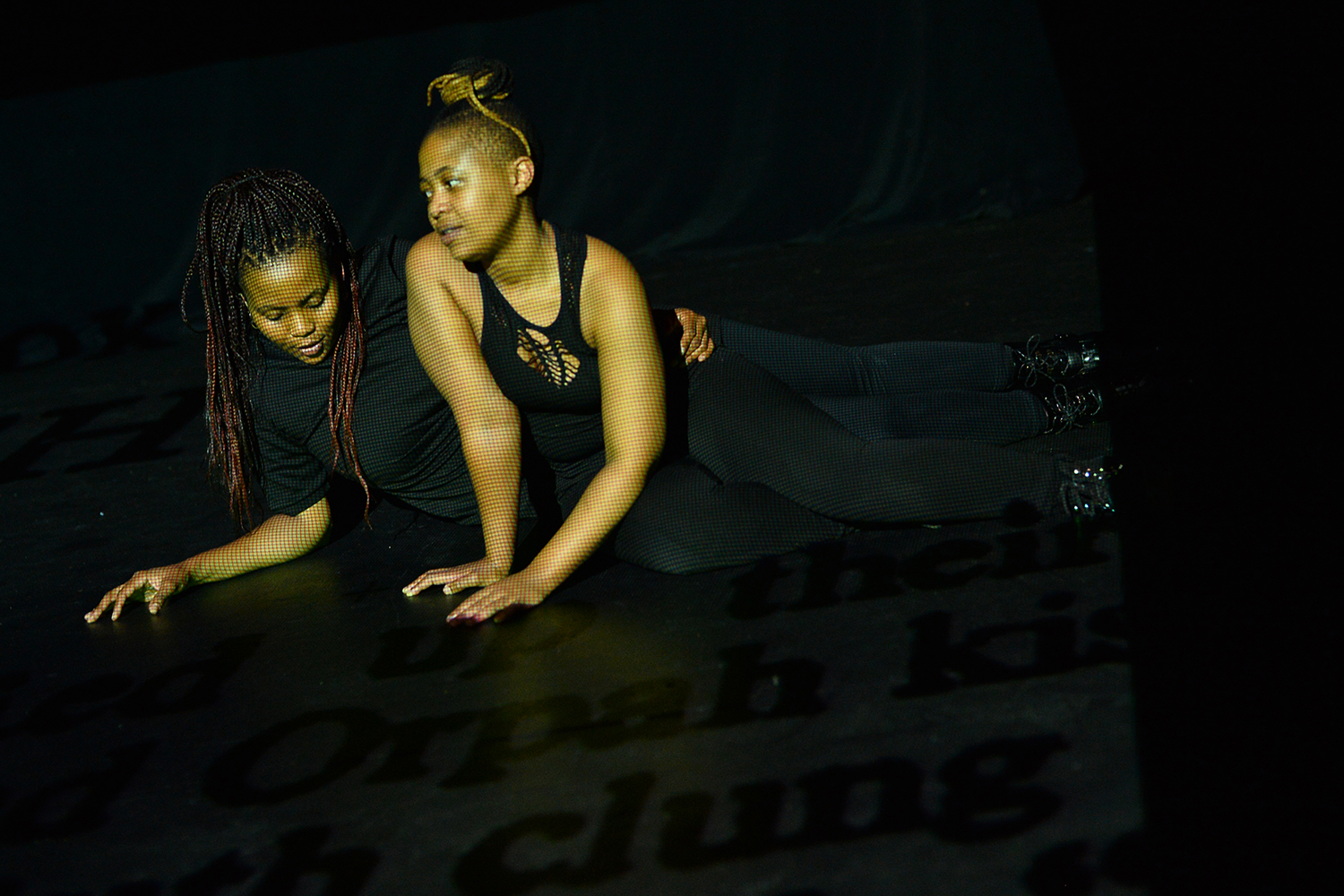 No Easter Sunday for Queers directed by Mwenya Kabwe. Photo by Lungelo-Mbulwana.

No Easter Sunday for Queers seeks to bring attention to the rampant wanton and callous murder of queer people, specifically lesbians, in a society which has normalised terms such as “corrective rape” thus it is an important, timely, hard-hitting, no-holds-barred and powerful indictment on and of society’s treatment of those deemed to be the “other.”

With a powerful 20 member Chorus who are very much a part of the action and who at times find themselves as community members, to young people dancing wildly in a club and back again to being omnipresent with almost narrator-like role, visionary director and theatre-maker Mwenya Kabwe should be commended for weaving together this story in a way that does not make it easy-Sunday-afternoon-viewing for such a play cannot be that. 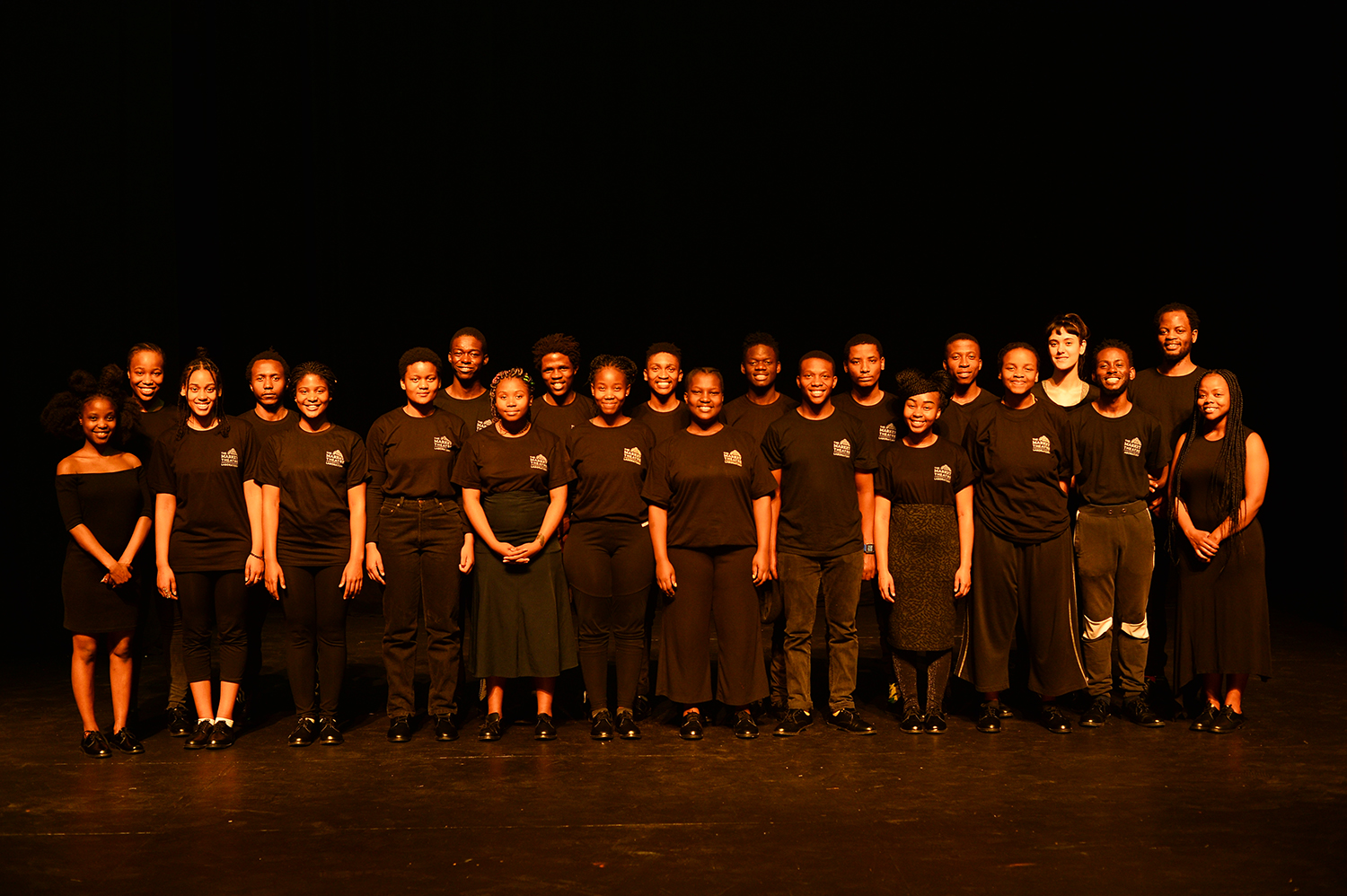 No Easter Sunday for Queers. Directed by Mwenya Kabwe. Photo by Lungelo-Mbulwana.

Many came to watch and yet many more missed it due to its very limited run at the Market Theatre but one can only hope that it does come back for a full-run not just because it is a beautiful well-made production, but because it is perhaps the most important piece of theatre one will get to see in a while!

This article was originally posted in The African Theatre Magazine on August 31, 2019, and has been reposted with permission.