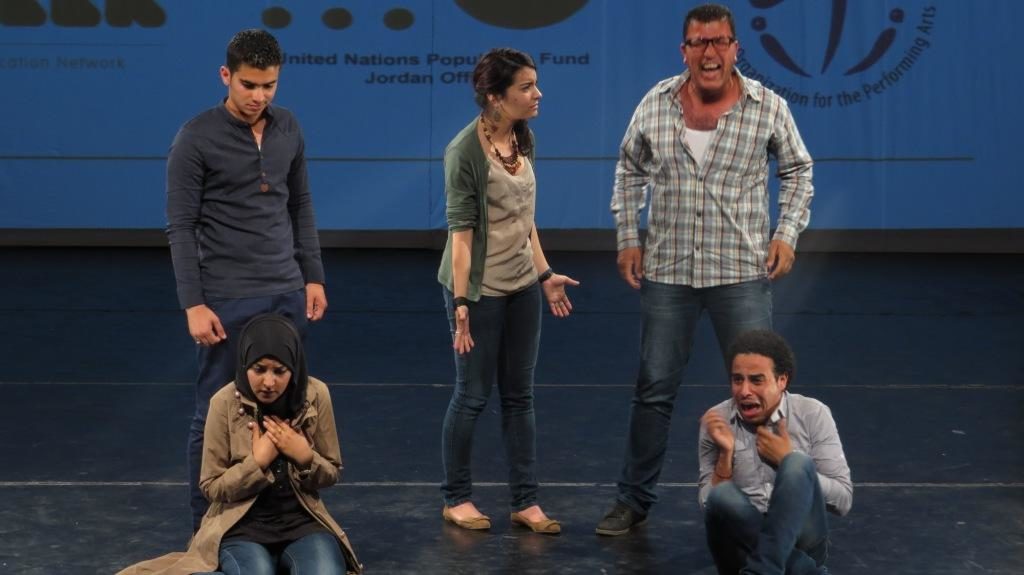 Think of the Middle East and theatre would not be the first image that comes to the mind of most people. Bombarded with images of war and radicalism that perpetuates Islamophobia and all the stereotype that comes with; the theatre is the last thing associated with the region. But The National Centre for Culture and Arts (NCCA) in Amman, Jordan is recognized for its pioneering role in introducing drama into mainstream education and the enhancement of the theater and dance movements in the country. It began in 1987 as the theatre in an education program for Noor Al Hussein Foundation, which gradually developed and prospered into the National Centre for Culture and Arts of King Hussein Foundation.

But art for art’s sake is not what NCCA is about.

NCCA’s programs serve as a national resource and a regional and international model for incorporating performing arts in all levels of education for the aesthetic, academic, cultural and personal development of children and youth. With an outreach to approximately 65,000 people annually, programs aim to promote creativity, humanitarian values, and cross-cultural understanding; to enhance cultural enrichment, and to bring about social change.

Global Centre of Excellence for Theatre Based Techniques Training

Since 2004, the NCCA has been a full member representing the International Association of Theatre for Children and Young People (ASSITEJ) in Jordan. In 2009 the centre became the representative of the   Jordanian Chapter of The International Theater Institute (ITI) – UNESCO, Paris and in the same year NCCA became a founding member of the EuromedInCulture(s) Network.

In 2013 NCCA was appointed by United Nations Population Fund (UNFPA) to act as Global Centre of Excellence on Theater Based Techniques (TBT) Training, accredited by the International Theatre Institute (ITI)- UNESCO. This specialized training course is the only one in the region that utilizes theatre skills and participatory drama methodology to deliver effective dynamic messages through performing arts. It also raises awareness on issues related to human rights with a focus on a counter-narrative to radical behavior and extremist values pertaining to gender-based violence, stigmatization, reproductive health and rights, respect for cultural diversity and civic engagement for social development.

The trainees have acquired skills as advocates and agents of change to work with youth and adults in various training contexts using a set of theatre elements and exercises, conduct role playing activities and improvisations to create short theatre scenes.

The training culminated in a performance of 4 interactive theatre scenes depicting gender-based violence, stigma, sexual reproductive health rights and discrimination.  The audience provided alternative solutions to the problems presented through their interaction with the actors and the facilitator. 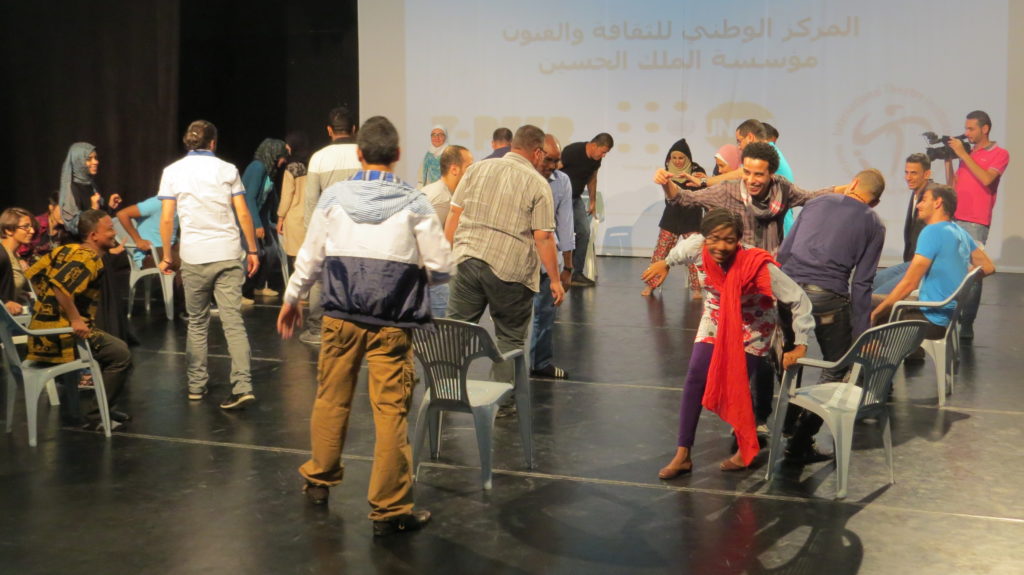 NCCA had gone through a rigorous selection process and was selected due to its unique interactive theatre methodology which is implemented by highly qualified experts who have an extensive experience in acting, directing, script writing dancing and training. The NCCA trainers have over 15 years of experience in conducting theatre training programs for children, youth and adult professionals from diverse cultural and economic backgrounds, in addition to training teachers on Drama in Education. They are also talented actors with a vast experience in Interactive Theatre, combining Theatre in Education (TIE) methodology and Forum Theatre techniques.

In 2015, UNFPA further expanded its collaboration with NCCA – making them the host for the Y-PEER International Centre for Youth Development; a centre that aims to support youth networks providing technical assistance, quality assurance, as well as monitoring and evaluation of capacity-building initiatives for young people in the region and beyond.

Active Respondents to Past and Ongoing Refugee Crisis

Even before the on-going conflict in Syria, Jordan has long been known to be generous and welcoming to refugees in the region, despite economic challenges to the country. NCCA has been convivial to this ethos from the very beginning of its inception, hosting cultural and artistic programs for refugees and hosts communities.

NCCA responded to the refugee crisis and challenges facing both Syrian refugees and vulnerable host communities who suffer from increased accommodation and living costs and access to outstretched public services and produced several interactive performances that address key social challenges such as Early Marriage, Violence against Women, Social Cohesion. All plays were based on interviews with Syrian families who shared their stories with NCCA actors. Performances were held in refugee camps as well as in cities with a high number of refugees.

NCCA most recent interactive play Intersection, funded by the European Union, is based on the preliminary findings which suggested that the key drivers of tension were safeguarding livelihoods and competition for income-generating opportunities; the struggle to find adequate, affordable housing; and challenges in the education sector such as difficulty in accessing education and a deteriorating quality of education.

The play sheds light on the issue of coexistence and social integration and promotes understanding between Syrian refugees and local communities.

The performance revolves around a filmmaker who interviews Syrian and Jordanian actors to create a film about life in Jordan, and through their audition pieces the audience learns about the difficulties and challenges faced by Syrian refugees. Also, through the interactions between the performers, the play sheds light on specific areas of conflict and how they are resolved to achieve social cohesion. In the play, the filmmaker controls the play from beginning to end, and every time he cancels the scene or asks the actors to react in a particular way, the actors refuse and object to the content of these scenes. Each of these interactions results in a new message.  Intersection toured to 20 areas in Jordan including Lebanon and Sweden in 2015 and continues touring till this date. 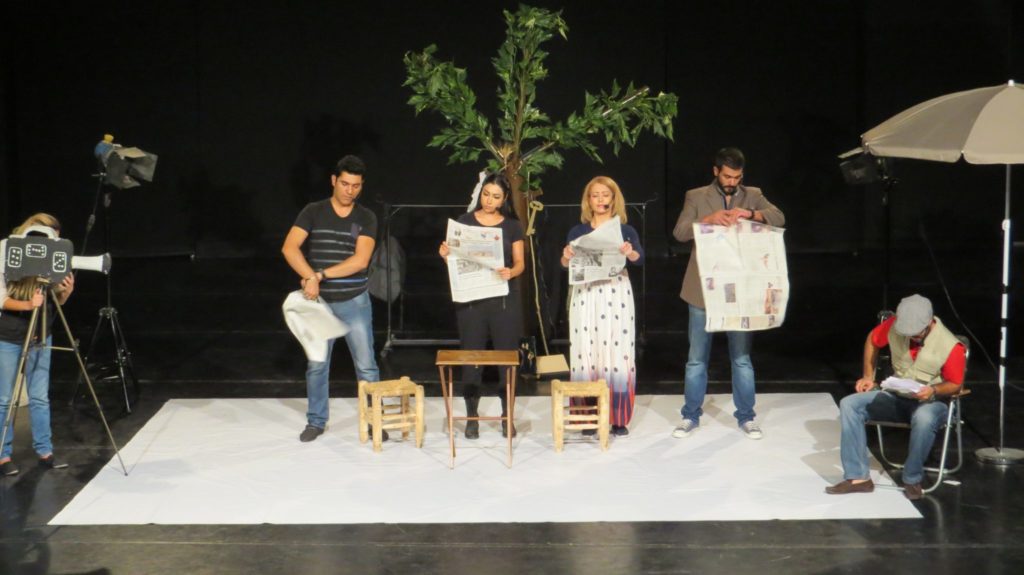 Surviving the Age of Cultural Austerity

Despite dwindling funding opportunities in and for the region for cultural development and programs, with spending on cultural programs being cut globally, NCCA continues to do their work wholeheartedly and with passion.  They remain strong and striving as the work that they do speaks for itself. In a new world order of unremitting negative discourse and rising radicalism, NCCA challenges the status quo and the pigeonhole that the world has cast the region in. 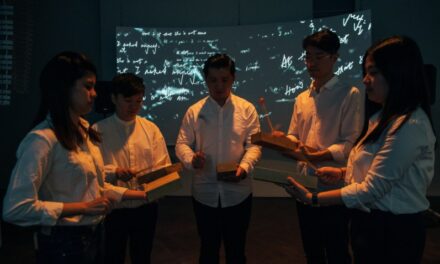 “Toolbox Manoeuvre”: The Beat of Hong Kong On Stage 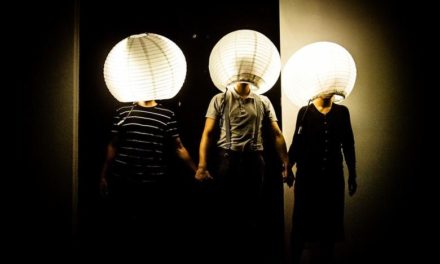