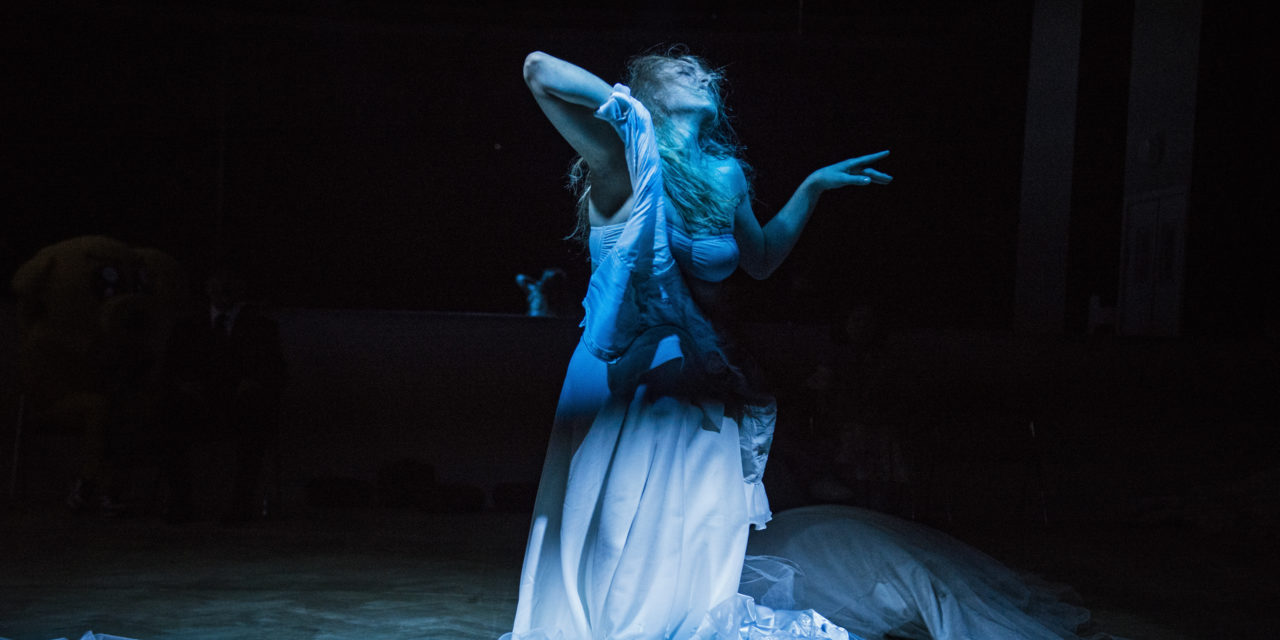 The Jewish Theatre in Warsaw is one of only two public theatres in Europe that regularly stage productions in Yiddish and that cultivate the rich, colorful and very important tradition of Central European Jews which was so tragically destroyed by the Holocaust.

A glance at history

After World War II, Jews of Polish origin, those who survived the Holocaust, were settled in the Lower Silesia region with the capital city of Wrocław, which before 1945 was the German city, Breslau. This city lived through the biggest relocation of its citizens in the 20th century. First, as Wrocław was proclaimed a fortress (Festung Breslau), on January 19, 1945, on the orders of the Gauleiter of Silesia, Karl Hanke, a forced pedestrian evacuation of the majority of civilians–Germans–remaining in the city was made. Then, the remaining Germans were forced to leave a territory given to Poland according to the Yalta Conference. So the almost depopulated cities of Lower Silesia were inhabited by new people from central Poland, the Soviet Union and those parts of pre-war Polish lands that were taken by the Soviets. Polish Jews were settled mostly in such cities as Wrocław, Legnica, Bielawa, Dzierżoniów, Wałbrzych, and Kłodzko.

As soon as the autumn of 1945, a Jewish ensemble–a drama theatre as well as a stage band–was formed in Dzierżoniów. They performed in a room in the building of the Jewish Club. Soon, a professional group, “Shiram,” was also created. During the Congress of Jewish Artists in Łódź in the summer of 1946, three important decisions were made: establishment of the Lower Silesian Jewish Theatre (Niderszleezzjer Jidiszer Teater), with Zalman Kolesnikov as the director, and establishment of the Theatre Council in Łódź and the Jewish Theatre in Łódź, under the direction of Moses Lipman. On April 2, 1949, the first production of the Lower Silesian Jewish Theatre premiered in the former Kammer-Lichtspiele cinema, rebuilt with contributions. In 1968, as a result of the March 1968 horrible anti-Semitic campaign throughout Poland, the theatre premises were forcibly taken by the city authorities and given to the Polski Theatre in Wrocław. The Jewish Theatre in Łódź was opened on February 4, 1951, in the building shared with the Nowy Theatre.

In the meantime, Ida Kamińska returned to Poland (1946). This great actress and theatre director took over the management of the Łódź scene beginning with the 1947–1948 season. It’s worth remembering that her mother, Esther Kamińska, holds the title of “mother of Jewish theatre.” In 1949, by the order of the Ministry of Culture and Arts, both Jewish theatres were nationalized and merged into one institution as the State Jewish Theatres. They were initially based in Wrocław, but in May of 1950, they were moved to Łódź, only to return to the capital of Lower Silesia in 1953, although Ida Kamińska, who was the artistic director of this newly formed institution, did not move out of Łódź. As years later Ida Kamińska recalled in her book My Life, My Theater, most important for her was finding a place for the Jewish Theatre in Warsaw: “The Jewish Theater in Poland had to be located in a city sanctified by the martyrdom of Jews, here, wherein the Ghetto Uprising [1943] Jews showed such great heroism.” This dream came true only at the end of 1955. In 1970, the Jewish Theatre experienced another move, this time to a new building on Grzybowska Square.

Since the beginning of its existence, three repertoires have been meeting and intertwining in the Jewish Theatre. The first of these is the classic Yiddish literature and theatre, and thus the works of such authors as Salomon Ettinger, Abraham Goldfaden, Jakub Gordin, Sholom Aleichem, Icchok Lejb Perec, Szymon An-ski, Perec Hirszbejn, and Szalom Asz. The second trend is art outside the canon of Yiddish literature, addressing Jewish themes, including works by Arthur Miller, Izaak Babel, and Ilia Erenburg. The third trend is revue and cabaret shows. One of just two remaining Jewish theatres in Europe, the stage in Warsaw has continuously cultivated the rich tradition of Jewish theatre in this part of Europe with a standard repertoire of popular performances very closely tied to Jewish life and to the culture of Central Europe (Fiddler On The Roof, The Convertible Girl, A Tenement House At Nalewki Street, etc.). Among the many theatre directors who have staged productions at the Jewish Theatre are Ida Kamińska, Jakub Rotbaum, Izaak Grudberg-Turkow, Natan Meisler, Juliusz Berger, Szymon Szurmiej, Gołda Tencer, Jan Różewicz, Konrad Swinarski, Maciej Wojtyszko, and Piotr Cieplak. 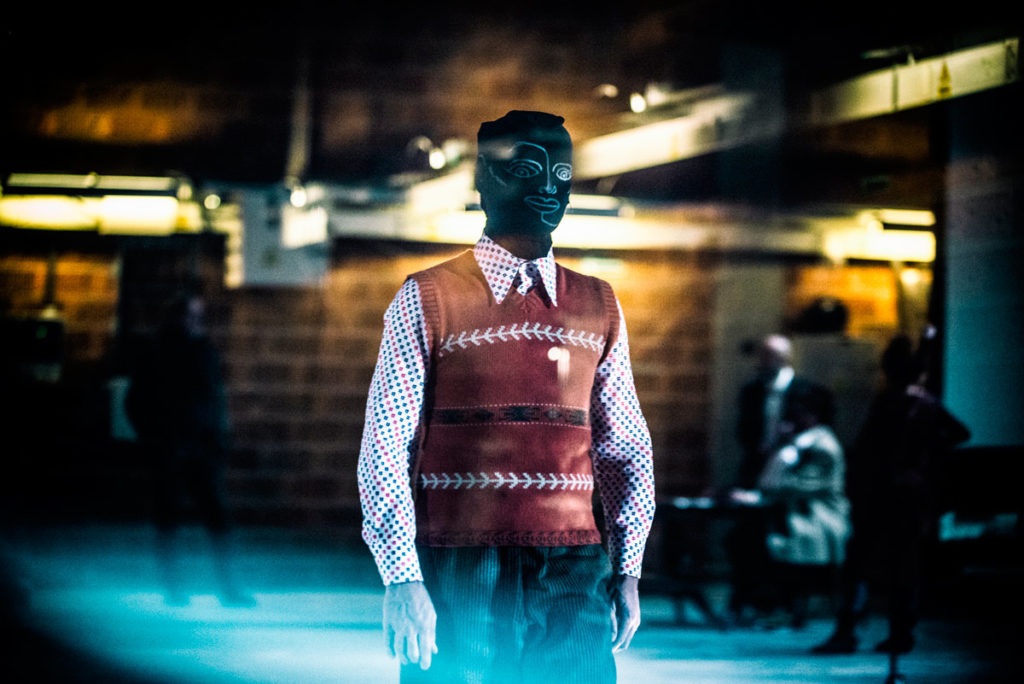 At the end of the first decade of the 21st century, important changes were undertaken in the Jewish Theatre. Gołda Tencer was nominated a deputy director (artistic) in the theatre; after the death of Szymon Szurmiej, she became the general as well as artistic director in 2015. To ensure that the theatre remains a vital voice for artistic freedom and creative expression, she opened the company up to the younger generation of Poland’s most promising theatre directors, including Monika Strzępka, Maja Kleczewska, Anna Smolar, Michał Zadara, Wojtek Klemm, Michał Buszewicz, Jędrzej Piaskowski, and Wiktor Rubin.

Maja Kleczewska is arguably the leading director in Polish theatre and has received international recognition, most recently as last year’s recipient of the Silver Lion for Innovation in Theatre during the Venice Biennale. Her Holocaust trilogy–Ansky’s Dybbuk, The Painted Bird [Malowany Ptak] (based on the novel by Jerzy Kosiński, in cooperation with the Polski Theatre in Poznań) and The Golem [Golem]–was courageous, receiving rave reviews and many awards at Poland’s most important theatre festivals. The other female theatre director, Anna Smolar, staged two plays written especially for the Jewish Theatre by Michał Buszewicz. The first–The Jewish Actors [Aktorzy żydowscy]–is a kind of docu-drama addressing the real biographies and problems of a few members of the Ensemble. The second–A Few Foreign Words In Polish [Kilka Obcych Słów Po Polsku] (premiered in March 2018, in cooperation with the Polski Theatre in Warsaw)–relates to the anti-Semitic campaign launched in Poland after March 1968. Witold Mrozek, a theatre critic published in a leading daily in Poland, Gazeta Wyborcza, stated about A Few Foreign Words In Polish:

[This performance] is also proof of the opening of the Polski Theatre in Warsaw to new aesthetics. Michał Buszewicz’s text is a collage of documentaries, strong journalistic theses and metaphoric fantasies. There is also a leading Polish dancer and choreographer of the younger generation, Paweł Sakowicz–his presence adds to A Few Foreign Words In Polish some poetic lightness. Sakowicz also sings grotesque, tragicomic country–karaoke about Jewish assimilation and Polish anti-Semitism. All this is happening in the theatre, about which the deputy minister [of culture and national heritage] Wanda Zwinogrodzka said that it was “a model” for the ruling party. Manager Andrzej Seweryn said in turn after the premiere that the theatre “is to be a place of debate” and not to serve any “party or faction.” When the Polish authorities talk about the Polish-Jewish history with all the grace of a rhino on an ice rink and carelessly awaken demons, the Polish (and Jewish) theatre passes the tests of civic responsibility and historical honesty.

Jędrzej Piaskowski staged a play about a singer, Wiera Gran, who was wrongly accused of collaborating with the Nazis during World War II; she left Poland, her life ruined by the accusation. The play was written for the Jewish Theatre by Weronika Murek. And the last example: Wiktor Rubin and Jola Janiczak are going to prepare a production about Anda Rottenberg, who was a director of the Zachęta State Gallery of Art in Warsaw, and who remains very active in fine arts circles in Poland. The premiere is planned for June 2018. New generations of theatre directors have opened the Jewish Theatre to new topics, new aesthetics–modern, progressive as well as subversive ones–and new playwrights. Their view of history, memory, and modernity is not conditioned by personal traumas related to the Holocaust or to expulsions. Their productions refer equally to the particular Polish-Jewish problems as well as to universal issues of the modern world.

However, the current climate in Poland is difficult for theatres like the Jewish Theatre in Warsaw. Most dramatically, this theatre is now homeless, having lost the rights to the building that the theatre had occupied since 1970. Since this unwanted departure, the building–their creative home–that once housed the theatre has been demolished. Today, the Jewish Theatre is a wandering troupe, with performances and rehearsals held in rented stages and performance spaces. The theatre’s work continues to be well received, and the demand for independent artistic voices has never been more important. 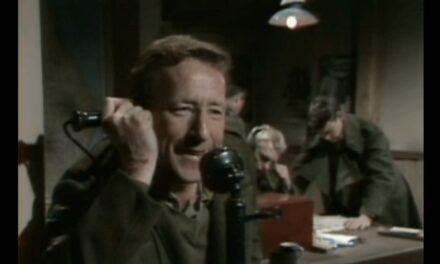