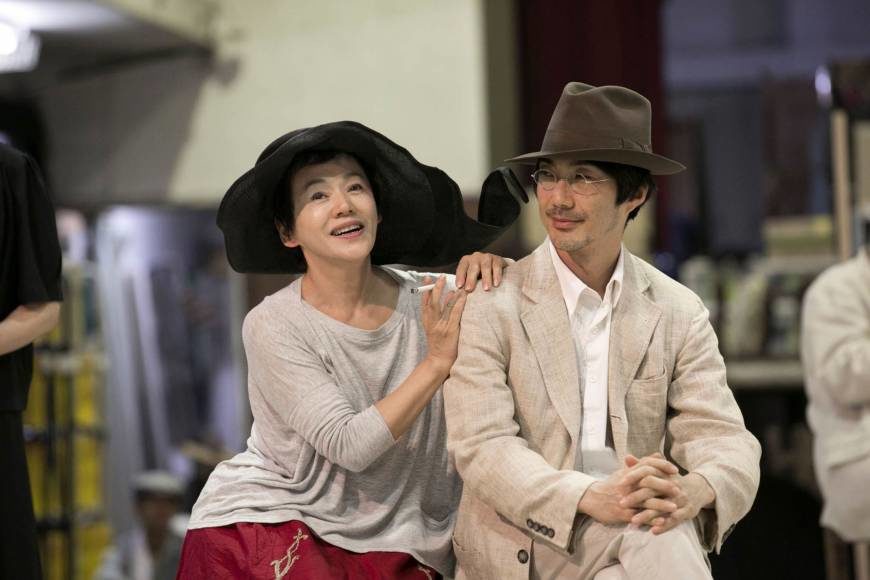 “I have rarely seen a great production of any Chekhov play in Japan. Sometimes, I’ve even wanted to ask how they managed to make them so tedious.”

Mansai Nomura, one of the country’s leading kyōgen (traditional comedy) actors, may say this with a wry laugh, but the 47-year-old who plays an arty celebrity (Trigorin) in the upcoming Tokyo staging of The Seagull by Russian master Anton Pavlovich Chekhov (1860-1904) was serious as he explained how most productions fail because they take a “psychoanalytic approach.” As a result, he says, many end up being far too heavy to be enjoyable because directors have taken it all too seriously by fashioning “useless psychodrama” instead of letting the characters “speak freely as the author intended.”

Stressing how Chekhov demands an entirely different approach from the works of William Shakespeare, Nomura — who is also the artistic director of Setagaya Public Theater in Tokyo — goes on to echo, in conversation with this writer, the widely held view that the Russian is one of the key creators of contemporary theater as it exists around the world.

“This time especially, I’ve really felt this is a modern work,” he says. “He has a much more scientific, objective view than you find in kyōgen or works by Shakespeare, which were written long ago from a godlike viewpoint — much like Ancient Greek dramas. They’re all regarding humans and human nature from a distance, whereas Chekhov’s plays are written from the point of view of ordinary people — so they end in chaos and confusion, not with a festive flourish like those others.”

Similarly, the other key player in this production — its director, Keralino Sandorovich — also tells The Japan Times about the pitfalls awaiting those who would stage any of Chekhov’s four great plays: The Seagull (1895), Uncle Vanya (1897), Three Sisters (1900) and The Cherry Orchard (1903).

Despite the fact that this production marks the launch of “Kera meets Chekhov,” a project in which Sandorovich (real name Kazumi Kobayashi) will present all four plays under the wing of producers SIS Co., the 50-year-old admits he “hesitated for ages” before making what will be his Chekhov debut.

“I know it’s very difficult to make his plays great entertainment,” he explains. “And I’ve often seen many in the audience doze off during performances.”

In fact, Sandorovich, who, as one of Japan’s leading playwrights and directors, works both with his own Tokyo-based Nylon 100˚C company and in various mixed-media collaborations, admits that he sees directing Chekhov as one of the “greatest challenges” in his rich theater career. And he adds that “Chekhov wrote The Seagull in his mid-30s, so I’ve been aware for quite a while that I should get to it before long, otherwise I might be too old to do so.”

Whatever his worries, though, the tale of The Seagull is, in its understated way, one to get any dramatist’s juices flowing as it tells of a famous actress named Irina Arkadina (Shinobu Otake) who takes her young lover, a popular writer named Boris Trigorin (Nomura), to visit her brother Pjotr Sorin (Hajime Yamazaki) at his large country house. There, her son Konstantin Treplyov (Toma Ikuta) presents a play he’s written to show off the talents of Nina Zarechnaya (Yu Aoi), a young friend he dotes on. After Irina makes fun of the play, though, relationships become awkward — and that’s before country girl Nina falls head over heels for city slicker Boris. Then, with romantic tensions added to the mix, the understated but implicitly toxic atmosphere leads to tragedy.

Despite its fascinating storyline, the audience booed the premiere of The Seagull in St. Petersburg in 1896, and its author, by then a popular short-story writer, vowed to give up the theatre. What drew him back was his introduction to the renowned actor and director Constantin Stanislavski, an exponent of psychological realism over melodrama. In 1898, in his newly opened Moscow Art Theater, this aristocratic maestro presented The Seagull to the audience and critical acclaim. As he followed that with successful stagings of Chekhov’s three other plays, Stanislavski (who has a leading acting method named after him) clearly demonstrated it was indeed quite possible to nurture their elusive sensibility on stage.

In fact, Chekhov has been a staple of Japan’s theatre scene since 1910 when the Jiyu Gekijou theatre in Tokyo presented “The Proposal,” a minor one-act play from 1888 retitled as “Inu” (“Dog”). Since then, Chekhov’s works have, whether in their original form or as adaptations, been the second most frequently performed foreign plays here after Shakespeare’s — all the more notable as the Russian produced just the four major works compared with Bard’s 38.

However, as to whether Chekhov’s popularity is a true measure of quality, Sandorovich — of whom celebrated dramatist Yukio Ninagawa said this year, “(His) world is very close to Chekhov’s” — tells me, “He observed the characters with a cool head and tried to show how trifling and weighty issues are interwoven constantly in our world — the tragic and the comic. His plays are not like Shakespeare’s, with dramatic events one after another.”

For his part, Nomura had a particularly memorable take on Chekhov, who, he says, “always makes me think of the situation in a karaoke box. In there, no one really cares about the others, and they don’t really listen to the others’ singing; they just think about their own next song. This happens in Chekhov’s plays, too. In fact, there is almost no description of people’s reaction to the others, as they keep talking about themselves one after another. They are so self-centered … but humans are basically very self-centered, anyway.”

It’s that self-centeredness Sandorovich sees as the crucial key to realizing a successful or a snooze-inducing production.

“Everyone is silly and nobody is satisfied with their life — and what they say is different from the ways they behave. So the director and cast have to render these elements in an objective way — seeing the role through the others’ eyes — otherwise, the play becomes a cheap melodrama.”

If that sounds a straightforward proposition, the acclaimed dramatist Nomura may beg to differ. “If I act as it’s written superficially it becomes humdrum drama,” he explains. “For example, Trigorin makes a long speech ostensibly about what he’s been doing, but actually he’s subtly promoting a hidden agenda. So there is a disconnect between what he seems to be saying and his real intentions. Hence, I have to speak the lines with witty taste, but it should not be obviously comic acting — and that’s difficult.”

As for Chekhov’s enduring appeal in Japan, Nomura says he thinks the main reason is that “Japanese like the works’ darker sides. They can be funny, but they’re also rather gloomy what with all their ruined nobles and bankrupts. It reminds me of the famous 1933 essay ‘Inei Raisan’ (‘In Praise of Shadows’) by the novelist Junichiro Tanizaki, where he says that Japanese aesthetics appeal to dim light compared with Western ones to bright light.”

Despite this, both Sandorovich and Nomura agree that The Seagull is a comedy, though the former qualifies that, saying, “Audiences won’t burst out laughing, but they’ll be amused at the characters’ silliness and egoism and sneer at their human folly.” Nomura says much the same thing in a different way, noting that though the play features “many o-byōki (misfits or eccentrics), they are not byōki (sick); they are ‘o‘ (honorable) people though almost everyone is basically silly. So I am sure the audience will enjoy seeing their own lives reflected here in a rather cynical and caricatured way — but to do so they have to accept that the world’s full of o-byōki people.”

Meanwhile, with opening night fast approaching, Sandorovich admitted, “There are hundreds of ways to direct Chekhov — some entirely opposite to others. For example, people can say a line with anger, but it may also be effective to deliver it while crying. There is no ‘correct’ way to do it, so that is the big lure of staging his plays, and it’s hard work — but that’s also part of the attraction.” And above all, he says, “Through this project I have become so aware of the limits of what most people can imagine in their lifetime; I mean, I’d always thought some of the stories I created were quite bizarre — but Chekhov was breaking such amazing new ground all that time ago.

“So for both dramatists and audiences, that remains richly fertile new ground for us to keep on exploring.” 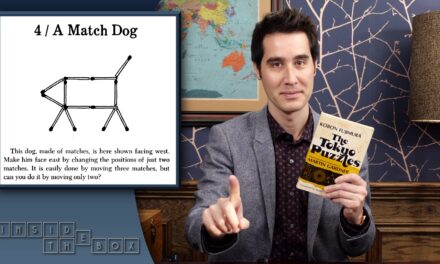 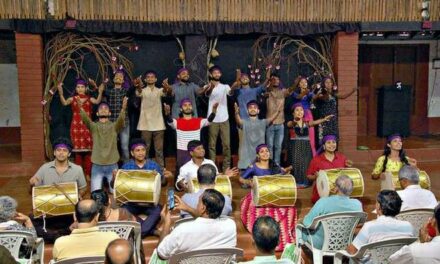