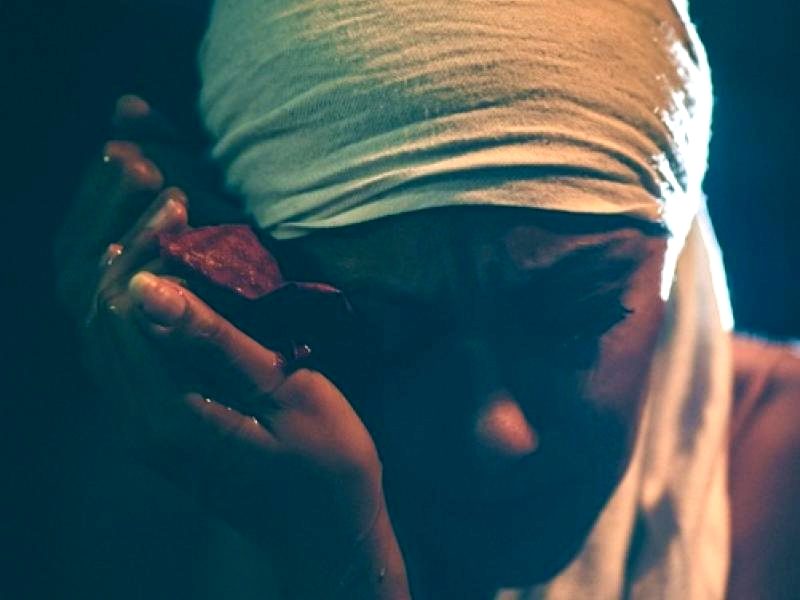 Season 3 of Ottawa’s TACTICS (Theatre Artists Collective: The Independent Series) opened with The Hottentot Venus- Untold, created and performed by Jacqui du Toit. This is a work of incredible storytelling; du Toit’s words and performance dominate the space at Arts Court Theatre and the play delivers a powerful message so necessary in these conflicted times. 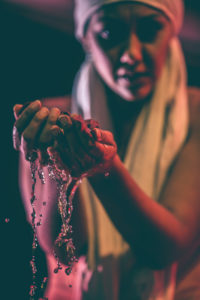 The piece itself is du Toit’s creative retelling of the extraordinary life and death of Sarah Baartman, known as the Hottentot Venus, while also simultaneously portraying du Toit’s own life as a performer of colour in Canada who continues to experience racism and the legacy of colonization. Du Toit uses a handful of colourful, and expertly executed, characters to weave the tragic tale of Baartman who was taken from her home near Cape Town, South Africa and put on display as a “freak” show in 19th century London, England. The infamy of the “African savage’s” features- namely her prominent posterior- eventually brought Baartman to France where, after her death in 1815, she was to be dissected and have her body parts displayed at the Museum of Man in Paris. It took 187 years for France, at the behest of then President Nelson Mandela, to reluctantly return Baartman’s remains for a proper burial in her homeland.

Though Baartman was not the only one taken from the indigenous Khoisan clan, her story only the first of many, she has nonetheless come to symbolize for many people the tragic exploitation of indigenous people at the hands of Western colonizers. In a definitive scene, du Toit embodies a genteel British lady who, while at tea with her friends, discusses the “lurid” and “grotesque” details of Baartman’s body. The tension in the theatre was palpable as the character, practically hypnotized by her memory of Baartman at the freak show, admits how she couldn’t help but be the one to volunteer to touch Baartman’s behind.

White people’s fascination with African features (in the play Baartman is described as “rather large breasted” with “beestung lips” and “large buttocks”) did not stop with these “ethnological expositions” of the 19th century. When Kim Kardashian “broke the internet” with her now famous Paper magazine cover, many were quick to criticize the image’s similarities to those of Baartman, which in contrast with Kardashian’s calculated PR, were displayed against her will for all to see. However, the criticism did not outweigh the praise and attention lavished on Kardashian. The ‘tea party’ scene in The Hottentot Venus- Untold highlights this very hypocrisy embedded within Western culture where we often celebrate African features on white-passing individuals, like the Kardashians, while ignoring the culturally exploitative treatment of those same features on black individuals (for example, the sexualized positioning of the wax figure of Nicki Minaj at Madame Tussaud’s). Du Toit’s piece should be required viewing for anyone interested in deepening their understanding of cultural appropriation and the consequences of cultural appropriation on racialized bodies.

The piece ends with a beautiful funeral and dedication to the spirit of Baartman and a call to remember that Baartman’s story is only one of many and du Toit urges the audience to consider our own treatment of African and indigenous cultures here in North America. The conclusion is a powerful combination of dance and ritual that emphasizes du Toit’s technical skill as well as her great vulnerability and emotional rawness as a performer. The conclusion is the perfect bookend to the play which opens with du Toit’s portrait of a dynamic contemporary circus performer. The conclusion gives the audience a moment of much-needed catharsis in the play’s final moments.

The Hottentot Venus- Untold is not only an exceptional piece of theatre that turns a historical lens to the treatment of black and indigenous individuals and the continued fascination/exploitation of these cultures by the white gaze, but also an incredibly humanizing portrait of a woman who was presented to the world as a “freak” and a “savage”. More importantly, however, this show is a call to action against the colonial structures and the exploitative attitudes that still exist in 2017. While we have seen a renewed engagement with the discourse surrounding cultural appropriation, there’s still a long way for us to go. The show had a short four-show run at TACTICS, but deserves a longer life. Any producers out there want to take up du Toit’s call to action?

This article was originally posted at alttheatre.ca Reposted with permission. To read an original post, click here. 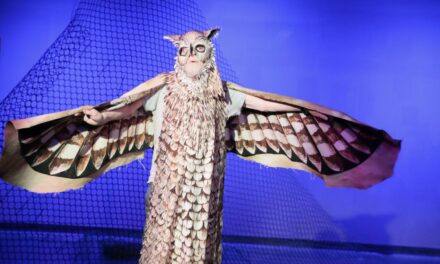