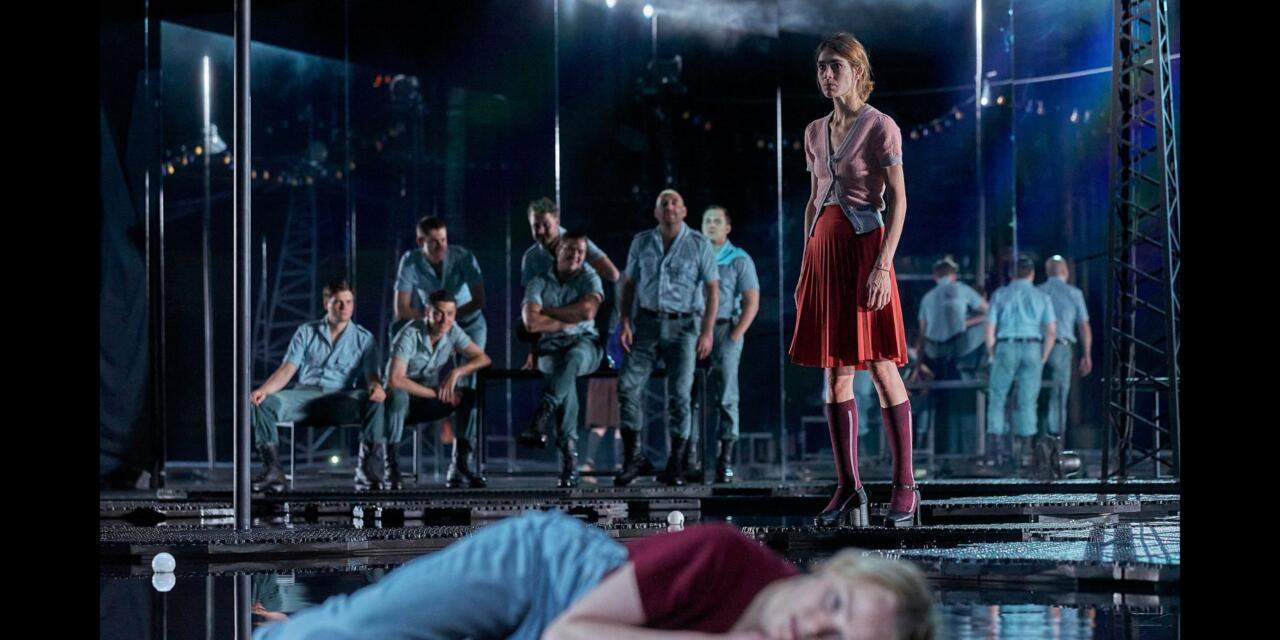 Just over a hundred years since its founding (by impresario and theatre director Max Reinhardt), the Salzburg Festival honours the nearly forgotten 20th-century south German writer Marieluise Fleisser (1901-1974) with an adaptation of her selected works – named Ingolstadt – directed by Ivo van Hove.

The co-production with Burgtheater Vienna is presented as part of the theatre programme of the Festival and staged in a former salt mine of Hallein, some 20 kilometres south of the cultural mecca that is Salzburg proper, and this, it turns out, is not a completely insignificant choice of location. But first things first.

Fleisser, as her Wikipedia page informs, was an interesting figure in her own right. A native of the Bavarian city of Ingolstadt, she entered the theatre landscape of Germany alongside her contemporary and collaborator Bertolt Brecht who later made interventions to her work to stir up trouble and challenge the increasingly right wing German establishment in between the world wars. This had direct repercussions on Fleisser’s professional and private life as she fell into oblivion for the next twenty-five years only to be resurrected as a major literary influence on the post-war generation of angry young German men such as Peter Stein, Franz Xaver Kroetz and Rainer Werner Fassbinder. In 1971 Fassbinder even made an acclaimed TV version of her 1928 play Pioneers in Ingolstadt (also known as Soldiers in Ingolstadt), which had caused the initial scandal in Berlin, courtesy of Bertolt Brecht.

The script for the 2022 production of Ingolstadt is adapted by Sebastian Huber from Fleisser’s two famous plays the Purgatory in Ingolstadt (1924) and the Pioneers in Ingolstadt (1928) as well as a selection of relevant extracts from her prose. As far as the narrative content goes, this is relentlessly dark material – evocative perhaps of the work of another tortured 20th century female dramatist, Sarah Kane – revolving around stories of institutional oppression (the church, the army, the traditional family values), bullying, violence, rape, and unrequited love. In this work, Ingolstadt emerges as a metaphor of civil degradation and disillusionment linked to its original context of the post-World War One era.

Although van Hove’s production is not set in any identifiable period, its understated use of post-punk blues as part of the  extended musical underscore (and the disused salt factory as the venue) suggests a dystopian post-industrialist world that does not directly match present day Ingolstadt known as a thriving capitalist centre of the automotive and the white goods industry. It might be more generative to look at its potential symbolic value as a place on the river Danube that captures the female imagination perhaps, as Mary Shelley had also located the making of her monster Frankenstein in Ingolstadt, for example…

But potential hermeneutics around the text(s) aside, van Hove’s response to this literary material is once again particularly fascinating to me on the level of its handling of the theatrical form and the stagecraft itself. I recently wrote here (https://thetheatretimes.com/ivo-van-hoves-age-of-rage-at-barbican/) about his exploration of violence as a basic trait of humanity in his 2021 take on the Trojan war – Age of Rage. The dramaturgical framing for the staging of this piece was derived by placing the examination of violence in among a structure referencing the basic elements of air, water, fire, earth, and metal.

Although there are no direct links between these two works, other than that van Hove once again collaborates with his long-term designer Jan Versweyveld, it is interesting that the element of water remains a central material device in the staging of Ingolstadt. This is fundamentally justified by frequent references to the river within the narrative – and the plot does feature a couple of (attempted and actual) drownings. However the fact that water is a central dramaturgical device opens up other possibilities too. Versweyveld’s set is fully three-dimensional – industrial mesh towers rise out of the watery landscape interspersed with tiny islands of solid floor for actors to negotiate. Lanterns are stretched out alongside wires in between the sky-scraping poles, and as we discover later, unexpected vortices lurk below the water’s surface too. Potential danger of different kinds is inscribed in this ominous set up combining countryside and industry, religious chanting and drinking songs, and water and electricity.

The set design has a definitive effect on how the actors move through the space – their movements are slowed down to wading, or resolutely bouncing from one hard surface to another, or made visually more dramatic as their accelerations around the space create spectacular splashes. On more than one occasion the actors empty water out of their costumes as they talk to each other, making it impossible not to read these actions as poetic.

This makes me think of some previous interesting uses of water in theatre – namely Robert Lepage’s 1992 A Mudsummer Night’s Dream at the National Theatre in London set in a pool of mud because the actors’ actual dreams featured water while working on the piece; DV8’s 1998 touring piece The Happiest Day of My Life using rising levels of water throughout the show to represent the engulfing effect of romantic loss; Lev Dodin’s Platonov at the Maly in St Petersburg using water as part of the set mostly for an epic theatrical effect.

Van Hove’s dramaturgy of water is comparatively a bit more multi-faceted, (or maybe the relative proximity of this theatrical experience, which allows me to recall the detail, makes it seem so). Here we see the water from the set being used in a number of exciting ways – it is a river and a metaphor, yes, but when needed, it also doubles up as beer being drawn in fell swoops by drunken soldiers with beer mugs, or simply as a source of unexpectedly graphic special effects accompanying acts of violence. The splashing certainly makes a public stoning seem more impactful than it actually is for the actor, and in a strange way, the water makes a narratively central act of rape seem both more difficult and at the same time less harrowing to watch. The resistance obtained by the actors moving through water conveys a sense of struggle while its physical volume and lyrical consistency also obscures the violence and potentially dilutes it too. At times,  especially when underscored by choral church singing, the presence of water may serve as a promise of redemption.

It is precisely this dialectical tension (reflected also in the possibly incidental placing of a large body of water in a former salt mine), that makes this narratively difficult work more palatable to watch for its 2 hours 20 minutes without an interval. 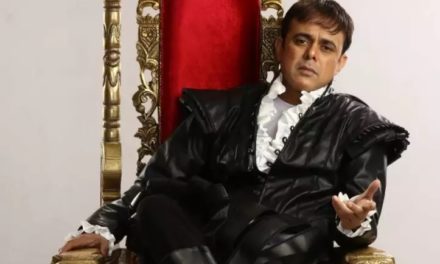