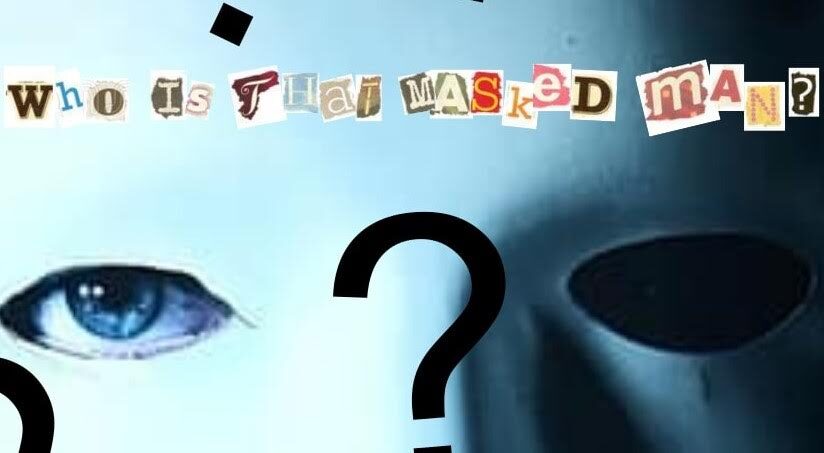 It’s TRIV NIGHT! Some TV People we know have kept the community vibe going by organizing online trivia competitions. It’s taken off. We’ve made it to the media!

Our team is Purple Brain. I’m a big Prince fan. Dramaturgs are generally good at triv, but we are in last place. Last week, on the big final question I got the names and the order in size of the world’s five oceans wrong. Doh! I need to redeem myself tonight or I could be off the team.

Dramatists/dramaturgs are good at teasing out the mundane into epic tragedy. I attribute any talent I have at this to my mother. She’s a catastrophist. You cough – she predicts you have pneumonia. She tells you a story of someone who coughed one day and was dead the next. These days, well, she’s a realist.

Today I moved my suit from the old to the new house. I only have one. My father only had one. He was married in it and buried in it. In his open coffin he held his beloved golf putter like a knight with their lance. That’s where the word freelance comes from, a gun for hire. We had him in our pool room for a few days, so he could be with us and people could come and say their goodbyes. It’s a Maori thing. We’re not so much into the person being all alone at the funeral directors. I guess there is dramaturgy to the performance of a funeral. Six Feet Under is one of the best TV dramas of all time. It’s based around a family who run a funeral home. It seems a really obvious thing to do. Although, no one in the west really likes to think about death too much. There’s a reality TV show about a Maori-run funeral service on Netflix. It’s called The Casketeers, it’s respectful but also funny. The trickster is present.

I borrowed my father’s one suit jacket to go to a dance. I searched the pockets hoping he’d left some cash tucked away. No such luck. I found some small colored discs. Red, yellow, blue. Then it dawned on me – it was confetti from his wedding day. I’m not sure if he kept it there as a memento or he wasn’t much into dry-cleaning. Probably the latter. It tucked it back deep into the seam.

Costumes are important. Design is the most underrated area in theatre, TV and film. Look at how much the costumes in Black Panther added to the film. Ruth Carter was the first African-American woman to win an Oscar for costume design. We shall all engage in designturgy. Yes, the words and the movement are important, but the design can give just as much meaning, and it’s often left till last. A dramaturg can make sure those conversations happen sooner.

I like to create provocations around design. Can the Indigenous designs in our weaving be mirrored in the narrative, the stage movement? Can our history of mask and dance be honored in this new work, particularly as the WWI soldiers are wearing gas masks? I love the West Coast transformation masks of Turtle Island/Canada. They are one creature; you pull a string and they transform into another.

Dramaturgs should always be tracking transformation. In Blake Snyder’s seminal book Save The Cat, he talks about the first image of the work capturing the characters as they are, and the final image should show how far they’ve transformed.

I predict the future of drama will feature a lot of mask work. All these screens we are dealing with are masks, too – a rectangular mask that we hide behind and then choose what to reveal. We create avatars, set dec our rooms, present a face to the world. It is no surprise that Facebook is so big, so pervasive, invasive, galling and addictive – in our face. We’re all about the face.

My brother isn’t on Facebook. He has followed in my father’s bootsteps and is a man of the land. I wrote a poem about staying with brother when he was a “Single Shepherd” – a job description usually accompanied with “must have own dogs, preferably a mix of Huntaways and eye-dogs.” My brother’s name is Leonard. He had a dartboard with a lot of “R v. L” games scored on a notepad. I asked him who this “R” guy was that he was playing all the time. His reply: “Oh no, that’s my right hand versus my left.” It spoke volumes. It was a poem waiting to happen.

Our families are our first dramas, comedies, farces and tragedies. It’s something we can’t help but be a player in. Yes, we can embrace found families as we grow up and away, but we’re always looking for brothers and sisters, mothers and fathers, sons and daughters, aunts, uncles, grandparents/Elders who can pass on their knowledge.

This is a line I got off my father-in-law. He is a Baptist pastor but mostly he likes working on his comedy. It’s served him, and the Lord, well. I know a lot of people blame Christianity for the evils of the world. The residential school system of Canada that took Indigenous children from their families, assimilated and abused them, is a prime example.

I can’t forgive those involved, but I do see that we all need to find spirituality somewhere. I just choose to find it in the arts and ceremony, and theatre/film/TV that functions as a meaningful ceremony.

Back to masks, if you haven’t seen the 2019 Watchmen TV series then its masked vigilante’s reworking of the superhero genre is essential. And so is Succession, the black comic satire that lifts the masks on the 0.001% who rule the world and their family dramas. It’s Rupert Murdoch’s clan meet the Trumps meets Putin meets the Saudi Prince…

My latest short play for Climate Change Theatre Action is OWN NOW! It’s about a self-help writer/guru/charlatan who believes the Climate Crisis is God-driven and will lead to Jesus’ second coming: “We need to capture the Rapture in our next Chapter.” I wrote in a moment I worried went too far but now I’m glad I did. At his book launch, the charlatan opens a suitcase to reveal a holy relic: the gold-plated hacksaw used to dismember Jamal Kashoggi, the Saudi dissident and journalist who in 2018 was lured into the Saudi consulate in Istanbul to get papers for his upcoming marriage. He was never seen again.

The case remains unsolved. No one wishes to offend the Saudis. The charlatan rejoices, “Journalism is Dead!” Life goes on. Journalists and activists are killed, disappeared, locked up and muzzled, every day. The masks stay on.

A few days ago, I talked about the dramaturg as a historian, providing context. I feel it’s our duty to keep the names of those like Kashoggi alive, and what they stood for – a dedication to telling the truth. Otherwise, we’re just fluff, a distraction, part of the mask that hides the horrors. 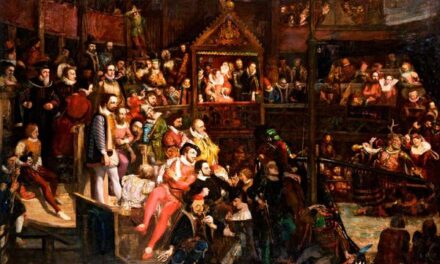 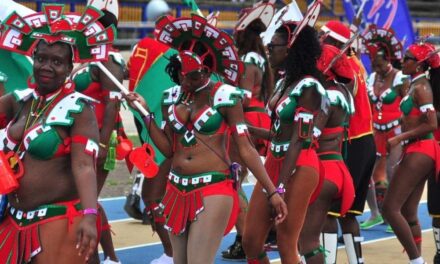 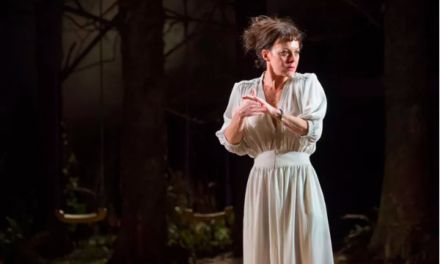