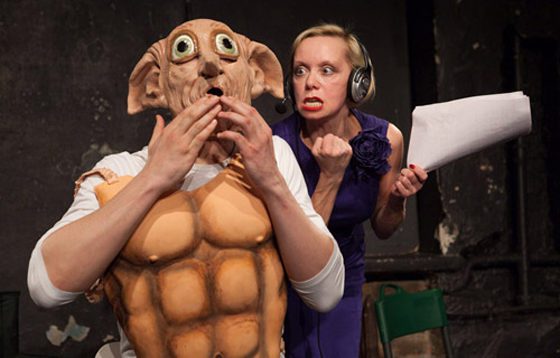 Caitlin Connell and Patrick Connelly have spent the summer in Moscow looking at the current theater scene. They have written a piece on intimidation tactics used against theaters in Moscow to explain how Moscow theaters and government clash over new trend towards censorship.

In the back offices of some of Moscow’s most popular theaters, a quiet political battle is beginning. Although the stages this battle plays out on are varied, they carry the same question of the how young theaters will fare in an era of increasing government intervention in the arts. The Gogol Centerr and Teatr.Doc are two of these theaters.

The Gogol Center and Teatr.Doc do not share much in common at first glance, but both theaters have drawn considerable attention lately from Moscow city authorities. Gogol Center resides in large space complete with a cafe, bookstore, and open areas for gathering and conversation. Teatr.Doc on the other hand, is tucked away in a basement through a largely ungroomed courtyard, almost unnoticeable among apartments and parking lots. The art these theaters produce is as varied as their buildings. While Gogol Center thrives on highly stylized pieces, Teatr.Doc shies away from any elements that distract from the words being said on stage. Yet both of these styles of theater possess elements that draw concern from the Moscow Culture Committee.

This concern was made evident by the recent actions of the Committee. Teatr.Doc recently moved into their third location, after authorities very suddenly came up with technicalities invalidating their occupation of the last two. At the Gogol Center, Kirill Serebrennikov, the artistic director, along with a handful of other directors at Moscow theaters, recently received letters from the regional city government ordering them to appear and answer questions regarding the moral content of their works. Both of these events tie into a series of recent steps taken by the Ministry of Culture and the Moscow Culture Committee to intimidate theaters into falling in line with the moral standards they set. The Ministry of Culture, headed by Minister of Culture Vladimir Medinsky, operates at the federal level. Meanwhile, the Moscow Cultural Committee oversees the arts at a city level. The Moscow Cultural Committee directly gives funding and provides oversight for theaters in Moscow. However, statements and actions by the Ministry of Culture have the ability to impact theaters and city level organizations throughout the country. While swearing on stage is already illegal, the civil authorities wish to ensure that no performance contributes to what they define as the moral corruption of the people of Moscow. For many, this trend towards censorship is distinctly and concerningly reminiscent of Soviet control of art and medi

Struggles with the government are nothing new to Teatr.Doc, however. The theater first opened it’s doors in 2002, stating its mission as “the theater where no one acts.” The documentary-style theater uses verbatim texts as it’s material, derived from interviews or social media. They are simple and personal pieces, often focused on specific issues. In February, authorities forcibly removed this tiny Moscow theater from its first home in the center of the city. Riding a wave of international outrage and support, the theater quickly reopened in an old, but a slightly larger location in another part of town. Planting flowers and even a tree in the otherwise dilapidated courtyard, Teatr.Doc planned for the long term in their new space. Yet in May, the authorities arrived again, making a show of police force one evening during a play directed by the theater’s ringleader Yelena Gremina and written by Polina Borodina, The Bolotnoe Square Case.

This simple piece with a cast of four discussed the struggles and emotions of the family members of those arrested during the Bolotnoe Square protests. These protests on May 6th, 2012 were sparked by the sweeping victory of Valdimir Putin’s United Russia party in what were widely thought to be staged elections. Following the conflict with police officers, 27 people were arrested, some receiving sentences as long as 13 years. At Teatr.Doc’s showing of The Bolotnoe Square Case, officers arrived in uniform and dressed in plainclothes, bringing dogs along with them. This was an undoubtedly intimidating display at a theater that could scarcely hold 100 people. Sure enough, not long afterward Gremina received notice that her lease was under investigation and quickly thereafter the lease was terminated. Gremina and Teatr.Doc were required to vacate the space by June 23rd, 2015.

Resilient as ever, Teatr.Doc refused to allow these assaults to disrupt its work. Reinventing its motto as “the theater that moves”, Gremina quickly announced on Facebook to her loyal fans that she found not one, but ten potential spaces where she could relocate the theater and she was prepared to continue moving as often as was necessary. Her tenacious Facebook presence is not just talking, Teatr.Doc continued its schedule this June uninterrupted after reopening at a new location on the 23rd. Further playing with its original motto, Gremina dubbed Doc “theater that does not fear”. While Gremina’s fiery persistence and belief in her theater drive this resilience, it would impossible without the willing support of the theater’s friends and artists. Directors, actors, and supporters worked tirelessly at the new location, preparing the space for the June 23rd opening, on a stage even larger than the last one.

At the final showing of The Bolotnoe Square Case in Doc’s second home, the fans packed the tiny building. People first gathered in the courtyard, because there was not space for a proper lobby. Gremina sat in a chair at one end, accepting greetings and hugs from her many friends who walked through the gate. Not only is space tight, but so are the people at Teatr.Doc. Patrons, actors, directors, and friends create a family atmosphere. No one was turned away from the show. People filled every seat, then sat on the floor and along the walls. Some sat on each other’s laps. Yet, even in that state, only about 100 people attended the performance.

With such a small audience, it would seem unlikely that this theater could achieve the global renown that it has. The government’s assault on the theater gives Gremina and the media something to shout about, something noteworthy to spread across the internet and across international borders to people who never even attended a show at Teatr.Doc. Gremina knows how to take advantage of this. Every attack on Teatr.Doc draws outcry on Facebook and other social mediums. Articles and interviews published in both Russian and English. It draws more attention to the theater than ever before. However, it also sends a message. If a theater contradicts the moral standards the government sets, the government will do everything in its power to eliminate it. Intimidation is the goal. Despite the size of Teatr.Doc, the Committee of Culture can use it make an example out of a defiant, experimental theater.

Other, more mainstream, Moscow theaters have also under the scrutiny of civil authorities recently. The Gogol Center and its Artistic Director Kirill Serebrennikov received accusations that they were in violation of censorship laws in some of the plays they produced. On June 16th, 2015, the accusations came in the form of a notice to Serebrennikov from the regional city government ordering him to appear on the 17th to answer an inquiry about the moral characteristics of ten of his old works, only a few of which are still in repertoire anywhere. Serebrennikov was not the only one to receive this notice. A handful of other directors at theaters in Moscow, including the Meyerhold Center and Moscow Art Theater, also joined Serebrennikov in facing inquiries. This comes after a statement by the Ministry of Culture, insisting the state is responsible for the moral well-being of the citizens and that no work of theater, especially one supported by state funds, should corrupt a person’s morals.

These threats carry the possibility of the permanent shutdown of the Gogol Center. Unlike Doc, Gogol Center utilizes large sets, lights, and costumes and cannot simply move and continue operating elsewhere. Additionally, typical of the arts funding structures in Russia, the building Gogol Center uses remains owned by the city government. Much of the money needed to run the theater also comes from Moscow Culture Committee. Despite statements forbidding censorship in the national constitution, the Russian federal government’s control of artistic expression seems to be steadily increasing. When talking about theaters in a recent interview, the federal Minister of Culture Vladimir Medinsky stated that shows “funded by the government should not create schisms in society, should not be the cause of mass unrest, speeches, court cases and demonstrations.” Funding from the Moscow Culture Committee eliminates some pressure to sell tickets, giving theaters the financial flexibility to experiment with their shows.Previously given a large amount of latitude to run his hip, edgy theater, Serebrennikov’s case appears to be a litmus test for the future of the creative autonomy at Moscow’s theaters at large.

In contrast to Teatr.Doc, which is independent of state funding, Gogol Center feels additional pressure from the Moscow Government since state funds played a key role in the 2012 renovations to the Gogol Theater which resulted in the creation of the Gogol Center. The Moscow City Duma used this leverage to intimidate this theater which stages pointedly political plays and at times ignores the ban on profanities on stage. A team of investigators recently descended on the Gogol Center, setting up camp at a large circular table in the cozy cafe designed to welcome actors, directors, and patrons to have a cup of tea or a meal and enjoy the space. These investigators had no interest in enjoying the space. Rather, brandishing a measuring tape, they trooped around the building measuring every wall down to the centimeter. They were checking to ensure that money for renovations was properly used, but while they were at it, they requested a version of a Gogol Center play about to premiere, Who Lives Well in Russia, based on a classic text. The team of investigators spent hours in the building, tediously examining every inch of the space. More than simply conducting an investigation, this team made their presence known at the Gogol Center and reminded them of the government’s role in its establishment.

After a period of relative artistic freedom in Moscow, artists once again feel pressure exerted by the government to toe the ideological line drawn in Moscow. Pressure comes from various directions from various agencies, but the efforts appear to have a unified goal. The government puts considerable resources and time into intimidating artists and theaters into falling in line with their moral standards. In a city with 221 theaters, this art form plays a critical role in the lives of Muscovites. Only time will tell if new, experimental theaters like Gogol Center and Teatr.Doc will have a hand in that role. In the meantime, their vocal and dedicated supporters continue to fight against these intimidation tactics. 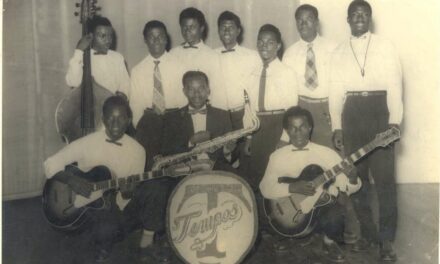 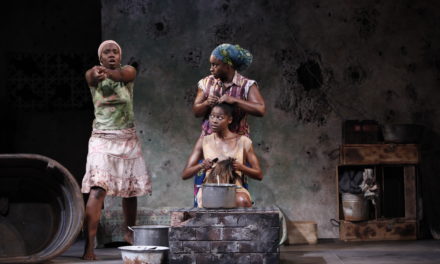 From Feminist to Globalist to Humanist: Intercultural Dramaturgy for Compassionate Action in Danai Gurira’s “Eclipsed”