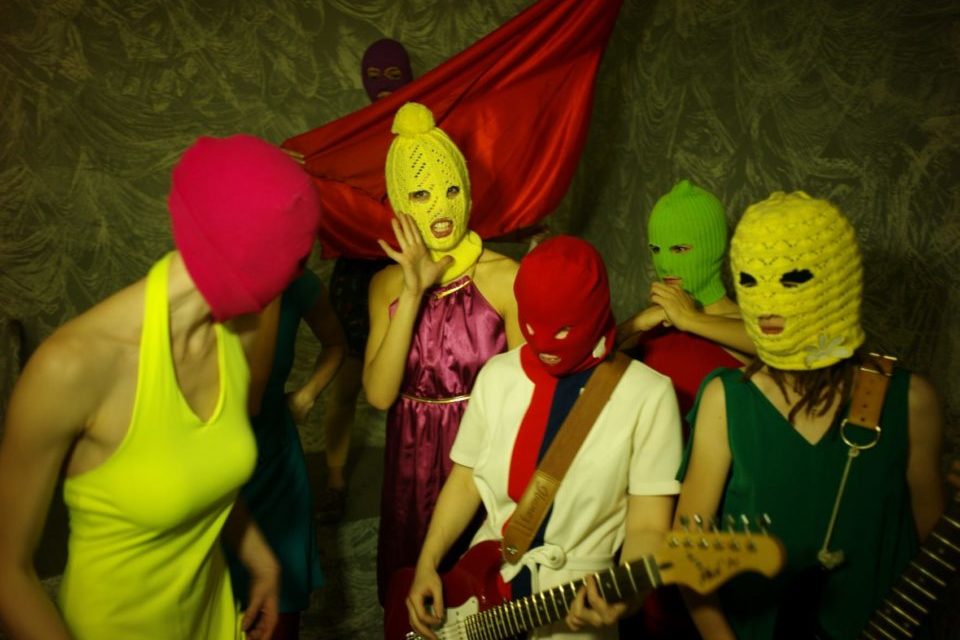 Taking place 100 years after the Russian Revolution, Art Riot: Post-Soviet Actionism opened at London’s Saatchi Gallery. The show brings together contemporary Russian and Ukrainian artists whose work is focused on both the power of political protest and highlighting censorship. The artists in the show also all demonstrated solidarity with the Russian protest art group Pussy Riot during their arrest and subsequent trial in 2012.

The Blue Noses are an irreverent art duo who call their style of work “hooligan improvisation.” Their best-known work is probably Era of Mercy: a photo of two Russian policemen, in full uniform, lips locked, touching each others’ bums in a snowy forest. The Siberian art collective’s contribution to the show is a series of funny portraits of naked people frolicking on a futon, their faces crudely replaced with cut-out photos of world leaders. One striking example shows Trump and Putin happily standing over Kim Jong-un, who is on all-fours. 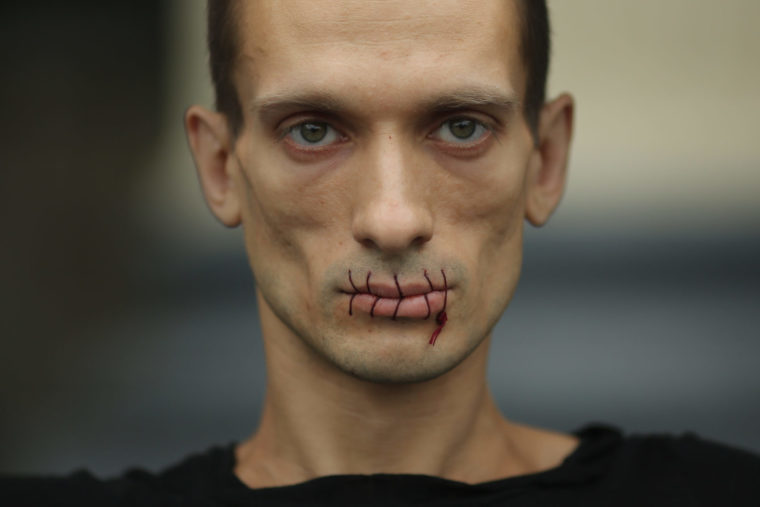 Pussy Riot’s spirit of anarchic protest underpins the whole show and two of Pussy Riot’s members–Maria “Masha” Alyokhina and Nadezhda “Nadya” Tolokonnikova–have been involved in the project, which fuses art performances with photography and video.

The show is relevant, says Tolokonnikova, as even in the West our rights are being eroded.

“We started to believe at some point that somebody else can do politics instead of us, and that we can hire politicians and they can solve all our issues,” she says. “That is not the case.”

“Political art is a way to change the system because it is a way to ask uncomfortable questions and only then can we go forward,” says Alyokhina. “If you see Brexit or Trump or Putin’s presidency with political murders…if you look at this whole picture, it is impossible to think this exhibition is not relevant to today’s world.”

I ask how she would have voted in the US election, and, considering she’s a member of a famous feminist punk group, she is surprisingly sympathetic to the Trump voters.

“I am one of those who is like, ‘Bernie would have won.’ I was asked constantly by my friends ‘Should we support Hillary or not?’ and that was difficult because she is an old political player who represents everything but change.”

Along with videos by Pussy Riot, there are two performances which tell the story of the group’s arrest and imprisonment following their protest song, which was performed inside Moscow’s Cathedral of Christ the Saviour in 2012, told from different perspectives. 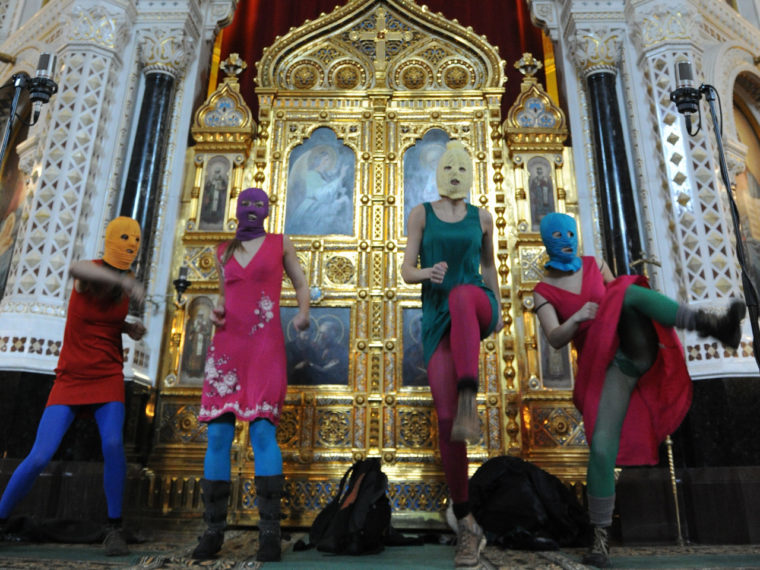 Maria Alyokhina will bring a segment of her Riot Days show, which retells the story of the Punk Prayer performance that led to the three core members being convicted of “hooliganism” and sentenced to two years in a penal colony in Siberia.

Another major strand of the show is Inside Pussy Riot, an immersive experience which offers audiences a chance to see what it’s like to be a member of the famous punk-art-rock collective–and then be imprisoned for their actions. It has been devised by Tolokonnikova in collaboration with the immersive theatre group Les Enfants Terribles.

“It feels like at this moment, in particular, their voices need to be heard,” says Les Enfants Terribles co-founder Oliver Lansley. “What’s been great about working with Nadya is she doesn’t want it to be a vanity project. Our instinct is to celebrate Pussy Riot but Nadya’s is to remind us the reasons around why the arrest happened–and what is important and more widely applicable about Pussy Riot’s story.”

The visitors who choose to experience the Inside Pussy Riot strand of the exhibition will go through “a couple of tough situations” where they will be encouraged to stand up for something they believe in, and then “imprisoned” for that belief.

The aim is to get audiences to reflect on the freedom and power collective protest brings and how it could be harnessed.

“You realize you have real responsibilities,” says Lansley. “You have to dig down and think, ‘What do we want the audience to come out with?’ It’s important they ask their own questions and come to their own realizations.”

“Hopefully it will motivate them to help other prisoners,” says Tolokonnikova. “UK prisons are much better than Russian prisons, but still I heard that they are not caring enough about rehabilitation.”

While the Pussy Riot members are out of prison, for now, the threat of having their rights taken away is something that is always looming.

“Every time I’m crossing the border or interacting with police, man, it is a thrill,” says Tolokonnikova, “because anything can happen.”

Maria’s aspiration is to galvanize those who visit the exhibition into taking political action.

“I want people to overcome apathy,” she says. “It’s possible, believe me. Any action is important, any protest can change the world. Just go from your heart, it just needs to be honest.”

Art Riot: Post-Soviet Actionism, Saatchi Gallery, London, to December 31. Inside Pussy Riot, to  December 24 (insidepussyriot.com). Riot Days is at Islington Assembly Hall, London on November 17, and then goes on a UK tour

This post originally appeared on iNews on November 16, 2017, and has been reposted with permission. 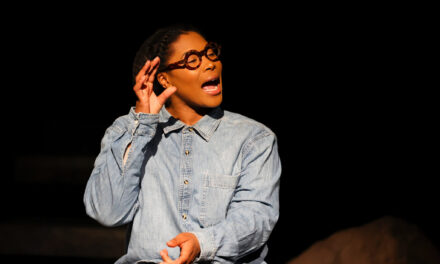