New prime minister, Rishi Sunak, is the latest to take on the leading role in this unravelling Shakespearean drama. Allstar Picture Library Ltd/Alamy

The last few years in politics have gifted the keen observer many allusions to some of Shakespeare’s best-loved works. From the Midsummer Night’s (fever) Dream the electorate might think they are experiencing while looking on at parliament to All’s Well That Ends Well (or is it?).

But more than surface references apply. Shakespeare’s work provides insights into the nature of power and how it is exercised.

Shakespeare lived through politically tumultuous times. His playwriting career spanned the reign of two monarchs, Elizabeth I and James I. The England of his plays was forming itself anew following the Wars of the Roses (c. 1455-1487), which established the Tudor dynasty. They also set in motion the biggest political schism of the age: Henry VIII’s infamous divorce from Catherine of Aragon and break with the Roman Catholic Church.

It is unsurprising, then, that questions of moral authority, the right to rule and the nature of a good leader are recurring themes in Shakespeare’s oeuvre. Recent political events could almost be ripped from the pages of these four plays.

Measure for Measure is about justice and exacting the proper punishment. Set in Italy, the play’s population has, under the leadership of a morally lax Duke, fallen into sinful ways.

Despairing of his whore-ridden, drink-loving populace, the Duke leaves the kingdom in the charge of his aide, Angelo, only to return disguised as a friar to observe his protegee’s progress. Angelo sets about doling out punishment left, right and centre, but comes undone when his lust for a trainee nun overpowers his moral authority. The Duke swoops in at the last moment to restore order, but the audience is left wondering how he justified leaving in the first place.

What springs to mind here is ex-prime minister David Cameron leaving government in the aftermath of the EU referendum. His casual singing after having resigned seemed to betray a lack of care for the Brexit debacle. More recently, I’m reminded of another former prime minister, Boris Johnson, whose morally ambiguous premiership ended with a series of luxurious holidays as the kingdom crumbled.

Throughout Johnson’s scandal-ridden time in office I thought of King Lear, a tale of kingly disconnect.

King Lear’s court is stacked with flatterers who provide no good counsel so that he can only hear what he wants. The parallels reached their height in the latest Tory leadership contest in which loyalists emerged from the woodwork to endorse Johnson’s return. Such shows of devotion were for nought, however, as he decided not to run.

Lear is also a family psychodrama. He pits his daughters against each other, asking each to express how much they love him. When Cordelia doesn’t do so satisfactorily, she is exiled and the kingdom is bequeathed to her sisters, who promptly oust their father.

The play’s betrayal speaks directly to the endless in-fighting in the Tory party. What is, however, remarkable about this play, and distinctly absent in the Tory party, is the depth of remorse felt by Lear. Cast out of his castle, Lear experiences life as one of his subjects — reduced to a “bare forked animal” (or no different to an animal). In a scene that will have chilling resonance with the winter much of Britain currently faces due to rising food, mortgage and fuel costs, Lear repents having ignored his people:

Poor naked wretches, wheresoe’er you are,

That bide the pelting of this miserable storm,

How shall your houseless heads and unfed sides,

Your looped and windowed raggedness defend you

From seasons such as these? Oh, I have ta’en

Too little care of this!

Anthony and Cleopatra might best befit the ill-fated and short-lived reign of Johnson’s successor Liz Truss and her chancellor Kwasi Kwarteng.

From the opening scene, Anthony makes his lack of care for reality known. He dismisses messengers from Rome, declaring: “Let Rome in Tiber melt, and the wide arch / Of the ranged empire fall! […] Kingdoms are clay.”

Liz Truss and Kwasi Kwarteng were thick as thieves until things seemed to be going badly. Reuters/Alamy

But both Truss and Kwarteng might have taken note of the end of Shakespeare’s tragedy in which Anthony and Cleopatra die in agony. Under Truss’s short reign the economy tanked and so did her standing. Her sacking of Kwarteng, in what looked like an attempt to save her premiership, seems itself Shakespearean. It did not stop her from being forced to resign, making her the shortest-serving prime minister in British history. A painful end, to say the least.

The lesson from Anthony and Cleopatra, and Truss and Kwarteng, is what you idolize beyond all sense — be it another person or free markets — might just kill you.

Shakespeare’s plays often end with a restoration of order after a tussle for power. Richard III ends with the dawn of the Tudor age and, in Macbeth, the rightful heirs ascend the throne. For some, Truss’s successor Rishi Sunak is seen as a “safe pair of hands.”

But what feels more fitting to me is Titus Andronicus. In Shakespeare’s bloodiest play, nobody emerges unscathed. Violence begets violence as the body count mounts and Romans, Goths and Aaron the Moor fight for supremacy. Unable to call a general election in the face of terrible polling and imminent difficult decisions on public spending, Sunak faces a daunting task. In the words of Shakespeare’s Henry IV, “uneasy lies the head that wears the crown.”

While we might often focus on Shakespeare’s main characters in analyzing his drama — the Richards and Macbeths — now is a time to consider the collateral damage. The Tory’s ongoing psychodrama might resemble Elizabethan amusements but, unlike Shakespeare, the impacts are real.

This article was originally published by The Conversation on October 26, 2022, and has been reposted with permission. To read the original article, click here. 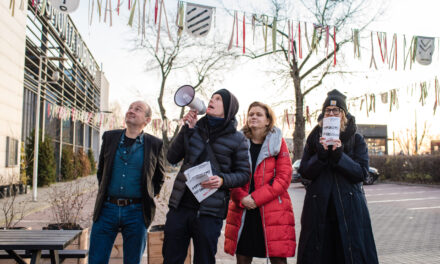 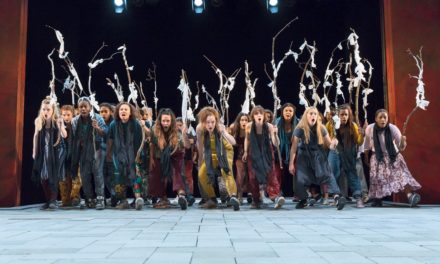 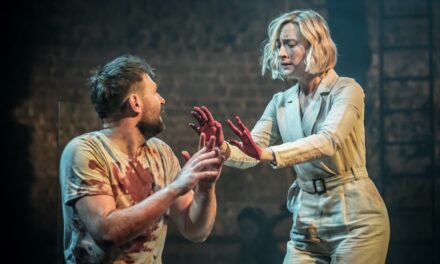