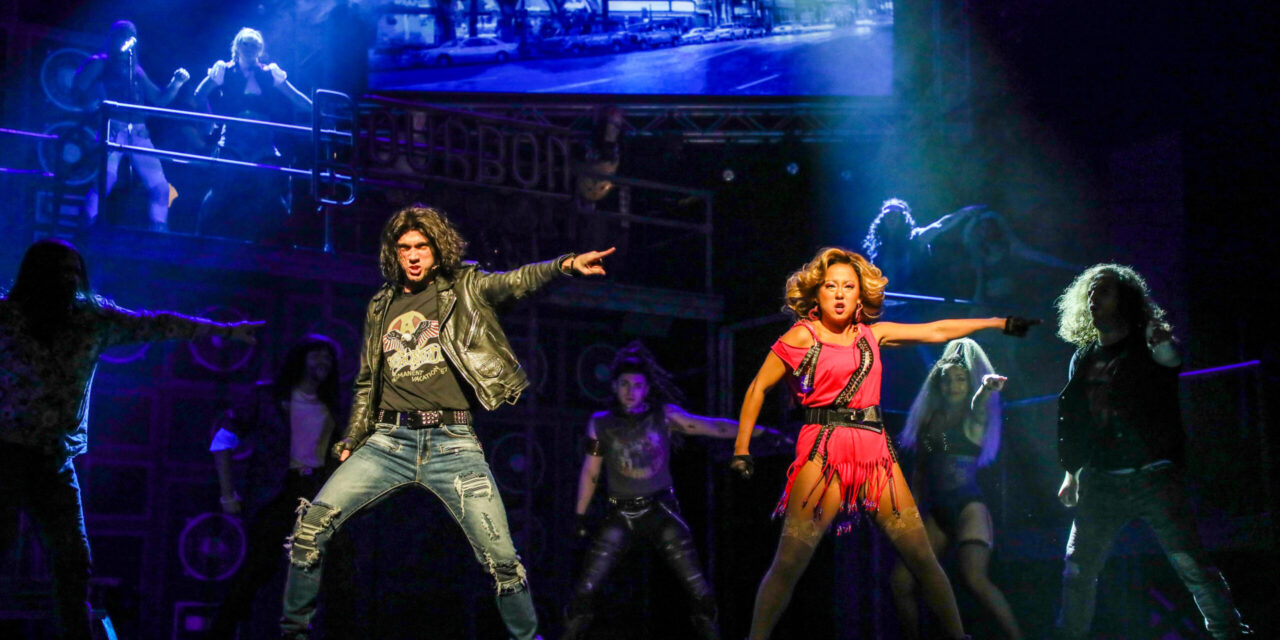 Justin Matthew Sargent as “Drew” and Diana Huey as “Sherrie” in the new TUTS production of Rock of Ages. Photo by Melissa Taylor.

I have to confess something. I haven’t really missed theatre since the Covid-19 pandemic forced theatres to go dark in March 2020. The last time I saw professional theatre was a whirlwind weekend in Chicago just days before isolation began. I saw shows at the Goodman, Lookingglass, Steppenwolf, and Chicago Shakes. It was just a normal weekend for me. You see, I was once a theatre junkie. I went as often as I could and I could never seem to get enough. And then everything changed overnight. During the pandemic, my interest in theatre slowly waned. While my fellow theatre nerds tweeted about how much they missed it, I was okay with it. I didn’t need it anymore.

It should be no surprise then that as Houston theatre began re-opening for live, in-person performances, there was one show I was genuinely looking forward to—Rock of Ages at Theatre Under The Stars (TUTS). I had seen the show on Broadway. I saw it on tour. And I knew it was just the antidote I needed to forget about everything for a few hours and just have some silly fun at one of my favorite Houston theatres. TUTS gave me just that. And you can get the rockin’ antidote, too! Under the direction of director/choreographer Jessica Hartman, Rock of Ages runs through October 17 at the Hobby Center in Houston, Texas. The cast of the new TUTS production of Rock of Ages. Photo by Melissa Taylor.

Rock of Ages tells the story of Drew and Sherry, who have dreams of making it big in Los Angeles. Drew (Justin Matthew Sargent with a truly insane vocal range) wants to be the next big rock star. Sherry (Diana Huey with an equally insane vocal range) is destined to become an award-winning actress. They meet at the Bourbon Room, LA’s legendary rock club that faces threats of demolition at the hands of greedy developers who want to build a Foot Locker on the historic site. The musical is filled with subplots, as well. We have Lonny (Justin Collette) and Dennis (Steven Bogard), who own the Bourbon Room. Regina the activist, played by local favorite Teresa Zimmerman. Franz (Drew Redington) the flamboyant German developer turned confectionary whiz. Stacee Jaxx (Brett Stoelker) the skeezy, but sexy (no shame!) rockstar. Justice (Nicole Powell) the strip club owner. And, of course, let’s not forget about Waitress Number One. Justin Matthew Sargent as “Drew” and Diana Huey as “Sherrie” in the new TUTS production of Rock of Ages. Photo by Melissa Taylor.

Rock of Ages is a jukebox musical and, to be honest, it’s the show’s biggest selling point. Tied together by a book by Chris D’Arienzo, audiences are treated to powerhouse renditions of some of the biggest 80s hits: “Sister Christian,” “We Built This City,” “Waiting for a Girl Like You,” “Dead or Alive,” “Here I Go Again,” and “Don’t Stop Believing,” to name a few. But unlike other jukebox musicals that take themselves too seriously and come off as, well, bad, Rock of Ages knows what it is at all times. This is pure escapist, silly fun. This is a chance to forget about everything that’s wrong with the world. This is a chance to rock out to Warrant, Whitesnake, Journey, Damn Yankees, and Foreigner. It’s a chance to tease your hair, put on your leg warmers, and pop open a wine cooler. You wanna rock? TUTS has your back.

Now, I could write a traditional review of the production, but, I’m not going to lie to you, I don’t want to. As I sit here the morning after the show, I can’t fight this feeling anymore. I’m stretching my vocal chords beyond their comfort zone as I try to sing “High Enough” and “Heaven.” Unfortunately, my vocal range can’t seem to match the joy I’m feeling having returned to the Hobby Center to see musical theatre. Justin Matthew Sargent as “Drew” in the new TUTS production of Rock of Ages. Photo by Melissa Taylor.

And isn’t this a review enough? Shouldn’t musical theatre move us to feel something? Shouldn’t it bring us joy, make us smile, laugh, and forget about the new traumas that have become quotidian in the age of Covid-19? Isn’t that what we all want? Rock of Ages does just that and more. 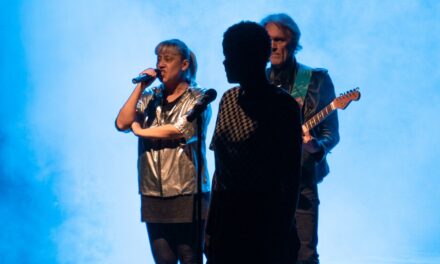 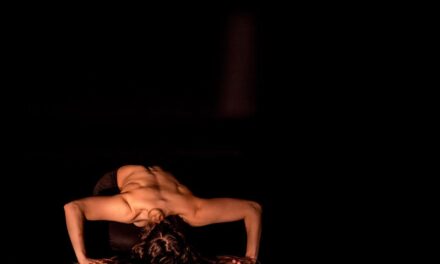