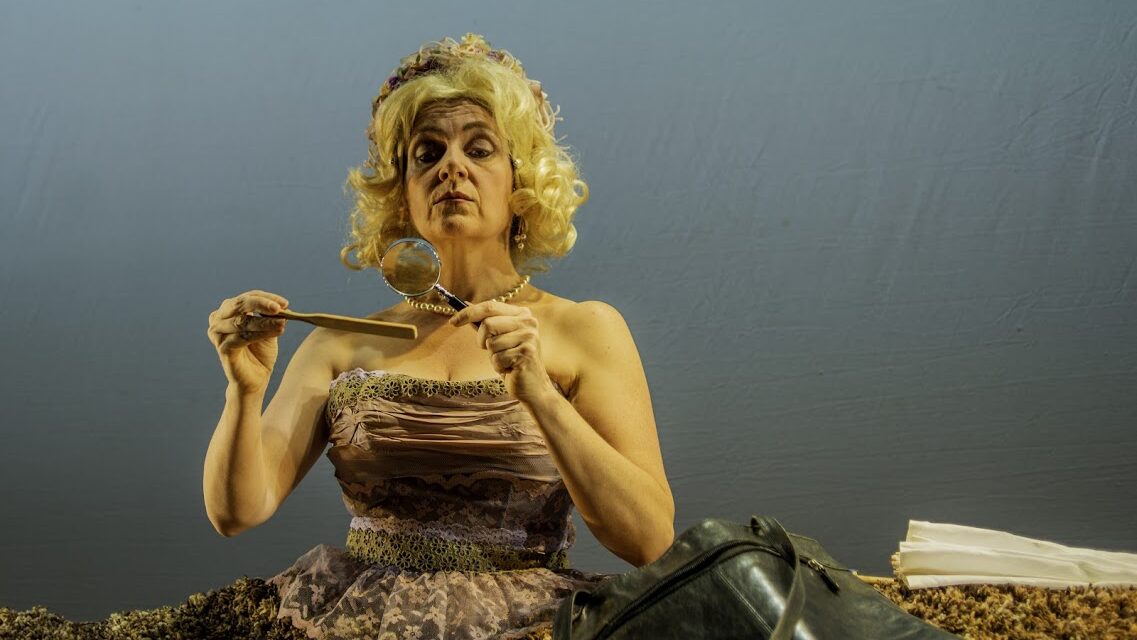 The works of modern Irish playwright Samuel Beckett, largely absurdist and tragicomic in scope, are certainly not intended to be simple crowd pleasers. Rather, they display a depressingly monotonous view of life, with the protagonist often not achieving their goal or ending up trapped in the same cycle of rumination as before. Happy Days, the second play in Theatre Kingston’s line-up for this season, is very much in this vein – completed and first staged in 1961 years immediately following, Beckett presents us with a middle-aged couple leading a vicarious existence in sand mounds on a beach. This production, directed by Craig Walker (also the head of the Dan School of Drama and Music at Queen’s University) and with stellar performances by Rosemary Doyle and Richard Sheridan Willis as the main characters, plays up both Beckett’s humour and bleak outlook on life to high effect. Both actors amply communicate the small amusements and tortured waiting their characters undergo, amidst a backdrop that is effectively rendered by Andrea Robertson.

Beginning with Winnie (Doyle) being woken up by a bell and lifting her upper body to face the audience from a hole in the sand, Happy Days presents a peculiar scene from the outset. “What exactly are she and her husband doing in the sand?”, one wonders, a thought that is even voiced by another couple passing by later in the play. This question, of course, is never answered; as it turns out, however, it does not matter so much. What is at stake here is how the experience of desperately trying to find amusement in the most mundane of things can eventually wear someone down overtime, as well as how even optimism can reach its limits. The painstaking effort Winnie takes in deciphering the description on her nail file, as well as her insistence that “Not a day goes by…without some sort of blessing in disguise”, are just twoexamples that illustrate this desperation.

Doyle gives a superb performance as this character, perfectly capturing both her feigned optimistic and emotionally disappointed states. Her vivid facial expressions continue to give life to Winnie, even as she is covered up to her neck in sand by the second act. The dynamic that emerges between her and Willie is also enacted simply yet effectively at the same time.Their relationship is one of unequal commitment, as Winnie relies upon obtaining response from Willie to affirm of her attempts to remain occupied.

As the seemingly disinterested husband, Sheridan Willis provides a felt presence in spite of his character’s absence from the audience’s view for most of the play. The few responses he gives are powerful mainly for their ambiguity: his laugh after a witty remark Winnie has made, for instance, is lower and goes on for longer than she evidently expected. Moments such as these make one wonder whether he is truly responding to her or is caught up within his own world. The strained relationship between Winnie and Willie, as it is presented by the actors, thus helps inform the desperate nature of Winnie’s predicament.

Robertson’s set is well-designed, with realistic looking sand mounds and a backdrop of the sky set behind a transparent screen. It not only gives the appearance of a real beach, but also imparts a sense of the playing area as its own world with the distance from the audience created by the screen. The orange lighting used for the backdrop in the second half is an effective thematic contrast from the bright blue lighting in the first one.

Theatre Kingston’s production of Happy Days overall is an evocative one, eliciting interest in the individual story it depicts as much as it does the broader concerns applicable to human experience. Here, theatre as an aesthetic spectacle is ably executed and intriguing to watch for its own merit.

Happy Days continues until November 9 at the Grand Theatre in Kingston, ON. For information and tickets, see https://www.theatrekingston.com/happy-days.html

This article was originally posted by Natasha Lomonosoff at Capital Critics Circle on November 3, 2019, and has been reposted with permission. To read the original article, click here. 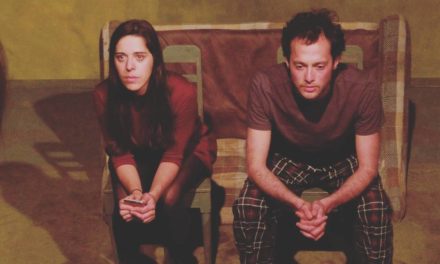 The Inability to Fill the Void: Eduardo Orozco’s “Asatia”