From Idea To Page To Stage 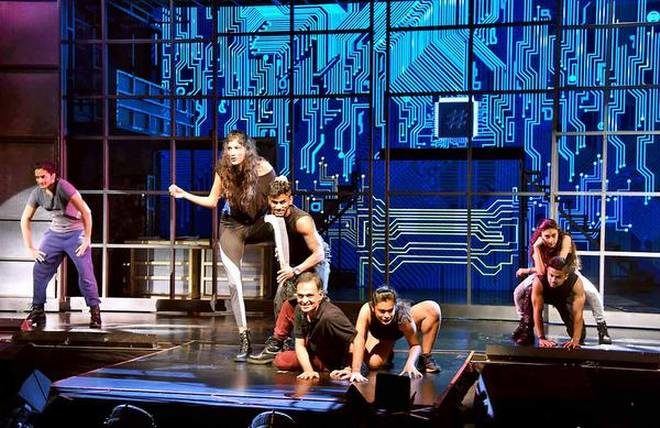 The story behind the story, Rahul DaCunha says, starts in 2009, with an idea about a musical on singing contests. “We had never had an original musical that had come out of the country.”

Bhargava ‘Bugs’ Krishna joined him on the project in 2010. The years it took to actually write it was like a gift from God, he says. “Every two years, something new would come into the country that would change the plot.”

Bigg Boss convinced them that the show must have a reality TV aspect. Which morphed to seeing the action from behind the scenes. Then came the learning that young people don’t watch TV, they view shows on their phones; that led to making it more interactive, a “younger musical that fed into the Internet.” That’s how #SingIndiaSing came into being.

They also decided that rather than the Rogers and Hammerstein model—songs as interludes—they’d rather do something more like Webber and Rice, everything in song: “We said, let’s do away with dialogue. Which was a f***load of work.”

What took them so long? “Hard to find rhymes,” Krishna says, chortling, before getting serious.

The challenge, he says, was marrying the serious theatre vision he and DaCunha share with a musical, “creating complexity without complexity.” Was it tough telling a story only through lyrics? “It’s really simple if you follow the basic rule of writing a musical: a song takes the plot forward rather than being an interjection. Show a character’s intent, allow other characters to experience the intent and have their own reactions.”

The reality show within the show has four finalists: Vishnu, small town rocker, Kitty, bar dancer who has worked her way up from Dharavi, Jaishankar, son of a Chennai temple priest who, after seeing Jay Z on TV rechristens himself Jazzy, and who sings a blend of Carnatic and rap, and Shweta, mystery woman from Kashmir who wears a mask. The channel the show runs on is owned by “Channel,” ruthless media magnate, with Dolly, a former investigative journalist who now uses her skills to dig up dirt, and Rocky, washed-up music maestro, who Channel gives a second chance. And there are the Hashtags, traditional Greek chorus-cum-voice of social media.

The audience plays a part too: each night, they will vote for a winner. “The story is completed in terms of the drama,” Krishna says, “but the audience are part of the ending.”

It will be fascinating, they say, to see how each night, new people process what they witness.

The challenge was to work in order to meld it all into a cohesive two-hour musical landscape which would be sung live every night, where each contestant was a messenger of a certain kind of music. The hard part for the self-described control freak is stepping back now, leaving his music in other hands.

“But you have to trust [the other lead creators] to do their thing, to trust Nadir to put it all together.”

Talking about director Nadir Khan, the creators are uniformly effusive. Krishna sums it up:

“He’s already done a lot of good work, but not at this scale. I think Bombay is seeing the birth of a huge director.”

He was initially co-director, running rehearsals and helping build the show before DaCunha decided that it was best to hand over the reins entirely.

Building a musical is, Khan says, a dream, a directorial ambition. “The scale is beyond anything I’ve ever done. Being able to see music from the other side, that’s priceless.”

An inherited set-up, he says, means

“There are expectations set, and you’ve got to align your thoughts to what’s already established and merge it into an organic whole. As much as it’s my baby, it’s more [DaCunha’s and Krishna’s], and they’re trusting me with it.”

Khan has no problems with what he’s inherited. The cast is “Amazing, and I’m learning from them.” Some of that learning comes from the fact that most of them are professional singers.

“They have given me new tools, new ways of understanding. And I have been able to push in character and intent: what you want to achieve with a line rather than what you want to do with it.”

A musical theatre wisdom says it’s far easier to get a singer to act than an actor to sing; Khan does not quite subscribe to that.

“There is no one who cannot act. There are people who can access a particular truth and make me believe it and those who can’t. If you’re honest and activated that truth, you’ve ‘acted’ it. Yes, it’s difficult to do both if you’ve done only one for a long time. I would expect an actor made to sing to sing truthfully and hit the right notes, and I expect a singer being made to act to be as honest about it as they are with their music.”

Khan’s task has been to take these multiple truths—those of the characters, but also of the writers, the composer, the vocal trainer, the acting trainer, the choreographer, the technicians, all the moving parts of this enterprise—and funnel them through his own head.

“It has to be one vision. Those individual responses must be of one world.”

What will audiences take away?

“It’s a tale about where India is today,” DaCunha says, “About jealousy, deceit, what society is, the voyeuristic nature, that we live pretty much on the Internet. It tries to capture the essential questions, where is the gap between moral and immoral? Is there even right and wrong anymore? How far will you go for success: sleep your way to the top, kill your way to the top?”

Khan concurs, but adds, “I have learnt that there is nothing wrong with being entertained. It’s nice to have some sort of social context, or a thematic element running through, a statement you’re trying to make. But there’s huge merit in just having an engaging evening.”

The third play for Aadyam 2018, #SingIndiaSing premieres at 7.30 p.m. at the Jamshed Bhabha Theatre, NCPA, and will have shows on October 13 and October 14, more details at bookmyshow.com

This article first appeared in The Hindu on October 11, 2018, and has been reposted with permission. 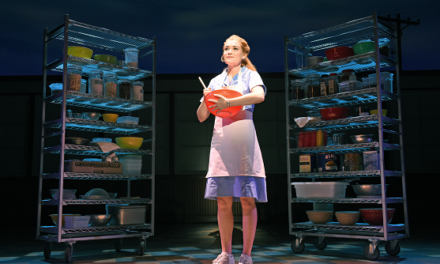 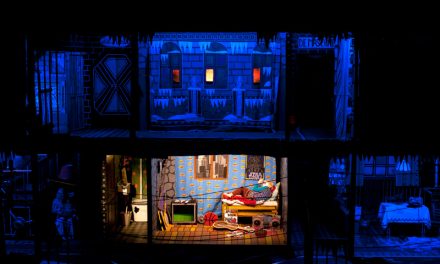