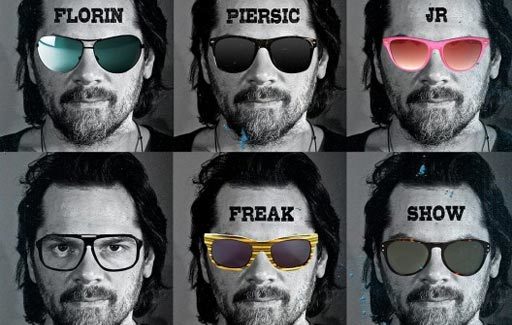 Humanity is by no means short of afflictions and artists never tire of exposing them. One of these exposés is Florin Piersic jr.’s latest theatre project Freak Show, which has just made it to London’s West End. The play is in Romanian and is the ultimate one-man show –  written, directed and acted by Piersic himself.

It offers a new take – “never attempted before in Romania” some critics tell us – if not on the less desirable face of society then on isolated figures we would scarcely wish to recognize, let alone admit to having. In a succession of short monologues, Piersic impersonates 13 different people, the costume-changes taking place in full view onstage. He’s, in turn, a salesman, a TV producer, a homeless person, and so on. Sitting on a chair, the only furniture on the stage, he speaks to us about life through the eyes of his characters… 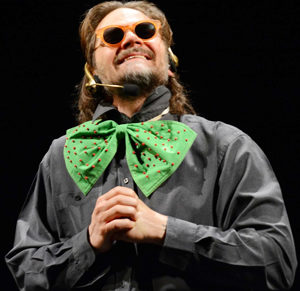 Well-versed then in physical metamorphosis, Piersic is adept in Freak Show. He seems effortless to lend his body to his characters, while hats, wigs and fake teeth add the finishing touches. Though they’re a diverse range of types, Piersic’s personae do share one thing: they’re the product of Today and all of them suffer from modern day maladies: deception, insensitivity, loneliness, delusion. The salesman, selling his soul to an unscrupulous god of Commerce, tries to give nothing for something,  charging for a stake but delivering only mititei (Romanian grilled sausages).  The TV producer casually dismisses his employee’s grief at the loss of a family member and urges him to be on time for work the next day. Then we have the compulsive shopper who buys a ceramic garden gnome for his flat, so lonely he invites the phone operator for a coffee. Of them all, only the homeless man is happy – living in a modern age nirvana without earthly possessions.

There are things clearly absent here: namely big helpings of sex, drugs and rock’n’roll. Yet the fact Piersic uses them so sparingly is original, and perhaps it’s to his credit, part of the show’s engaging quality, that they feature so little. Besides, there are other things here aplenty: madness, eccentricity, alienation. The sheer diversity of the characters suggests their omnipresence: anywhere in society they can be found, in a home close to where you live – or perhaps you’re even one of them yourself. 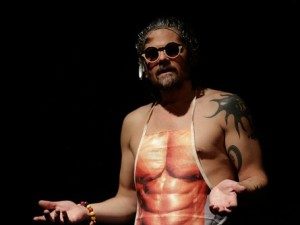 The intent’s ambitious but at times it falls short. We see the characters parading before us like the circus freak shows of the past. But like those shows, they too need some redeeming features to win us over. There’s no gentle giant in Freak Show, and little complexity on display. For all the clinical cleverness of Piersic’s performance, the depths of the human psyche remain unplumbed.  Plenty to see in Freak Show, in other words, and plenty to enjoy too, but rather less to feel.

This article originally appeared in Central and Eastern European London Review on February 2nd, 2015 and has been reposted with permission. 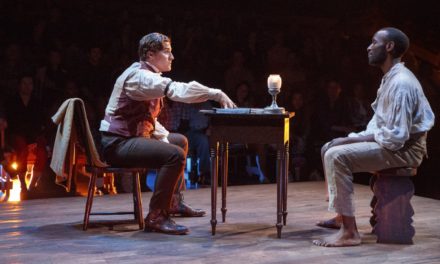 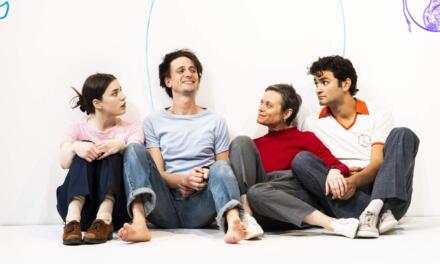