“Fiddler On The Roof” at The Chichester Festival Theatre 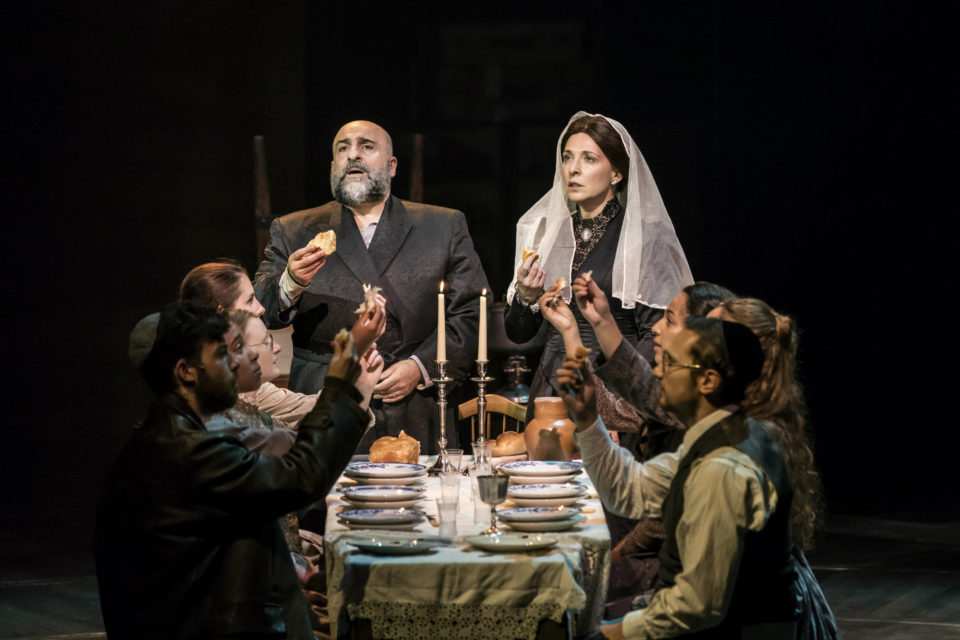 Omid Djalili as Tevye and Tracy-Ann-Oberman as Golde in "Fiddler on the Roof." Photo: Johan Persson 2017

If the choice of a female Doctor Who still has the power to shock and challenge, then we have not time-traveled as far as we hoped from Imperial Russia in 1905. Then, Jewish communities eking out an existence on the land were confronting, with some dismay, the fledgling determination of wives and daughters to do things their way.

No sooner has dairyman Tevye arranged a marriage for his eldest daughter with a wealthy local butcher than she announces her own plans to marry a poor, young tailor, Motel, “for love.” Her sisters are quick to follow suit leaving the local matchmaker redundant and her father torn between tradition and a father’s affection for his family.

Based on the rich and pungent honesty of the Sholem Aleichem stories, Fiddler on the Roof tackles the sadly perpetual themes of discrimination against minority cultures and the relentless beat of nationalism.

Fifty years on from the first musical production, and this revival comes complete with new choreography, new orchestrations, and a warm self-deprecating humor that makes it irresistible. Jerry Bock’s music and Sheldon Harnick’s lyrics have lost none of their soothing, foot-tapping potency. Sunrise, Sunset; Matchmaker; Tradition; and of course If I Were a Rich Man” are now the stuff of Broadway legend. 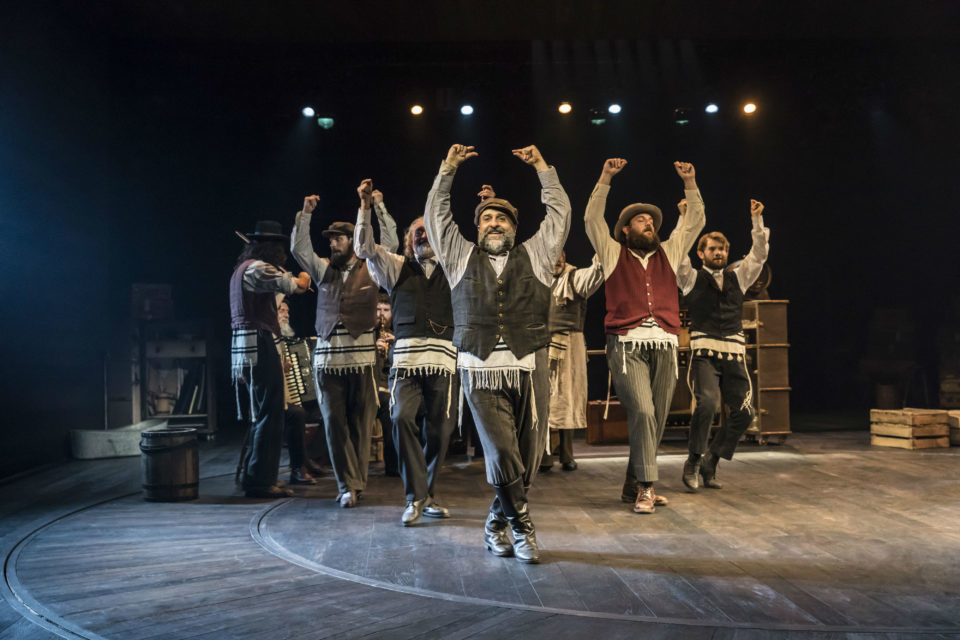 But the real power is uncorked by Omid Djalili as Tevye and Tracy-Ann Oberman as Golde his long-suffering wife of 25 years. With split-second comic-timing and an earthy determination to be good parents and neighbors, they project a natural authenticity and good nature which transcends religion, time and place.

This is as sure-footed a production as we have seen this year at Chichester. New artistic director Daniel Evans has shrugged off a couple of hesitant first plays to strike gold. The West End will snap this up. From the artistry of the dream scene to the final snapshot blending sugary fiction with bitter fact, this is the Festival Theatre on tip-top form.

A triumph not merely for great entertainment but for values that today’s world appears in danger of forgetting.

This post originally appeared on iNews on July 20th, 2017  and has been reposted with permission.

“Baghdaddy” at the Royal Court 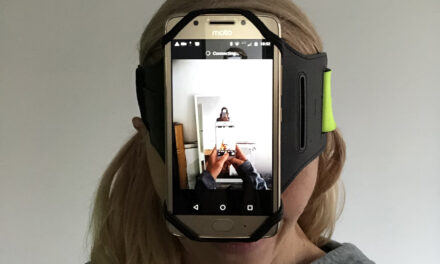