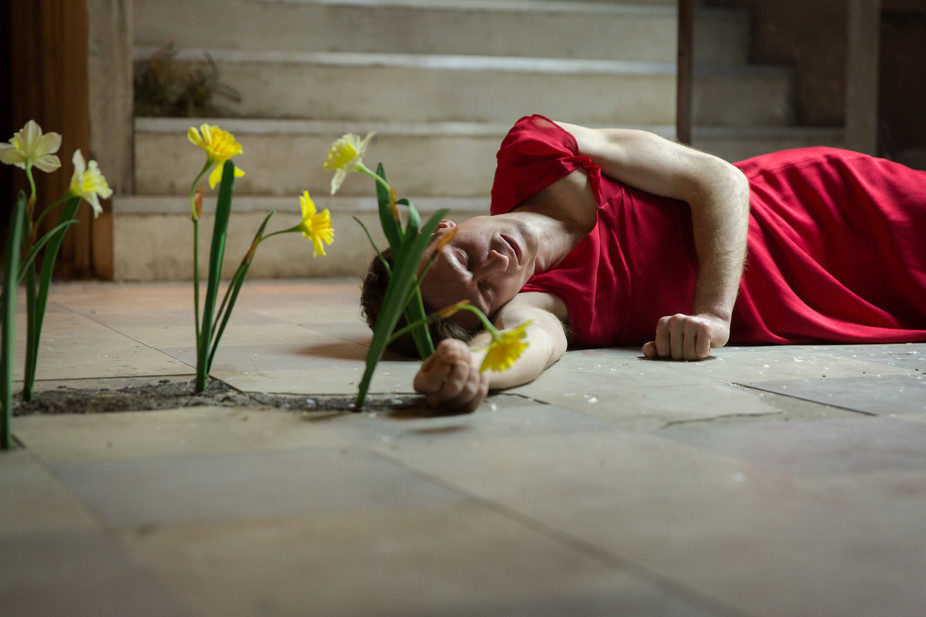 Last year, London audiences have been horrified by the violence shown on stage in the National Theatre’s production of Sarah Kane’s play Cleansed. The National’s own website rather euphemistically describes the production as “unflinching,” but media reports have dwelt on the gory action in more detail. 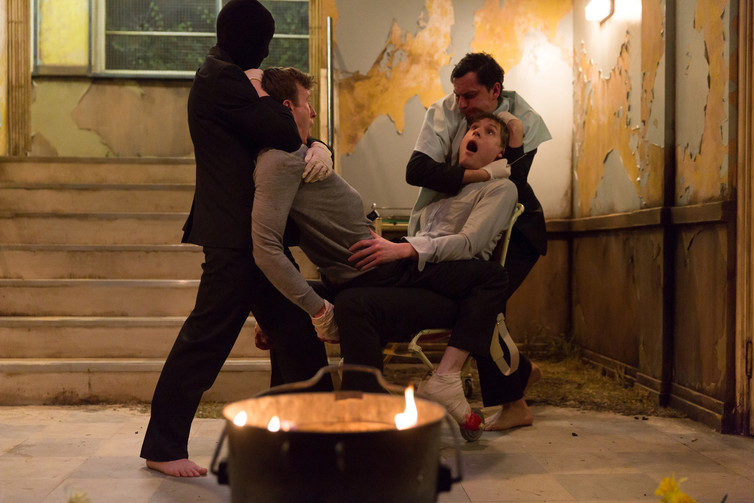 The play involves electrocution, incest, forced sex-reassignment surgery, and in a scene that has particularly shocked audiences, one character has their tongue cut out and hands placed in a shredder. In the play’s first week, five audience members fainted, requiring medical attention. Many others have walked out of the performance. Critics’ responses have been perhaps more positive than those of the audience, though even they have found the play tough going, with the Independent’s reviewer commenting that she had “never longed so much for [a show] to end”.

The director, Katie Mitchell, has suggested that British audiences are afraid of exploring “the violence of atrocity,” and that we should get better at confronting difficult issues. But do we really need to see graphic depictions of violence in order to reflect upon the darker side of human nature?

Ancient Greek theatre took exactly the opposite approach to staging violence, pushing it all off stage. Despite the many horrific things that happen in Greek tragedy (self-mutilation, child-killing, incest, torture), these are never directly depicted. Instead, the audience is given descriptions, hears off-stage cries, and sees only the aftermath of the bloody action.

This isn’t because the Greeks didn’t appreciate the value of shock. We’re told that in the first performance of Aeschylus’s Eumenides, the audience was so horrified by the chorus of Furies (monstrous vengeance-deities with snakes for hair) that women in the audience suffered miscarriages and children fainted. But the Greek dramatists were also aware that an audience gets more implicated in the action if they have to do some of the work. By not directly portraying violence, the tragedians forced their audience to imagine the horrors for themselves. The power of imagination can do far more than any stage gore. 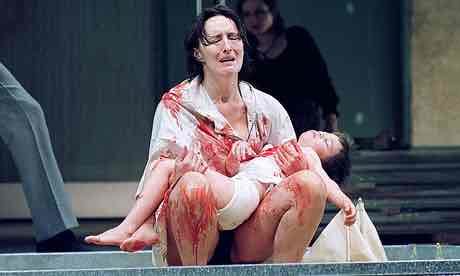 Greek drama uses several tricks to make the off-stage horror truly upsetting. Graphic descriptions of what has happened, usually related by a messenger, use metaphor and similes to unforgettable effect. In Euripides’s Medea, a messenger describes how a princess is tricked into putting on a poisoned robe that burns her alive: “Her flesh dripped from her bones like resin from a pine torch.” Still more horrifically, when her father embraces her corpse, the robe sticks to his flesh “like ivy clings to shoots of laurel,” and peels his skin from the bones when he tries to prise himself loose. Even with modern special effects, it’s hard to imagine how this could be staged in a way that captures the grisliness of Euripides’s description.

We find an equally nausea-inducing description in Sophocles’s Women of Trachis, where the great hero Heracles turns against his loyal servant, assuming that he is involved in a plot to kill him, and dashes his brains out: “The white brains flowed out from his hair along with blood, as his head was shattered.” The gruesome detail encourages us to imagine the shocking consequences of a moment of fury, and shapes our impression of Heracles’s character before we see him on stage.

Even more chilling scenes are those where we hear the sounds of violence taking place off stage. This allows imaginations to run riot as the audience tries to piece together what must be taking place. Perhaps the most distressing moment in Greek tragedy is Medea’s murder of her children, where they call in terror to each other, realising that their own mother is about to slaughter them. As the scene continues, the screams of the children suddenly stop, and we realise that Medea has gone through with her plan.

Those who prefer the more direct approach of Cleansed might feel that Greek tragedy’s tactics leave something to be desired. But violence as entertainment was normal in ancient Rome: gladiatorial contests meant that audiences were familiar with blood and guts. In answer to Roman theatre audiences’ enthusiasm for greater levels of realism, the authorities hit upon a way of truly recreating the horrific events of Greek myth, by using criminals condemned to death for special re-enactments. This might be a bit much for even today’s most die-hard gore fan.

These unfortunate “actors” were given costumes and forced to play the role of legendary figures who suffered a gruesome fate. Far from having to suspend disbelief or engage their imaginations, the audience could see for themselves what these grisly stories would have been like. In these theatrical executions, the events of Cleansed would have been merely a warm-up act. We hear of one criminal forced to castrate himself (telling the story of Attis, who did this in a moment of religious frenzy). Another was burned on a pyre, in the style of Heracles, while yet another was dressed as the poet Orpheus and expected to bewitch the animals, but in fact was killed by a bear. The most disturbing example comes from the poet Martial, who praises a rendition of the myth of Pasiphae, where a woman has intercourse with a bull.

So while Cleansed might seem extreme to modern British tastes, to a Roman audience her plays would be fairly tame stuff. And being forced to confront the realities of violence didn’t make the Romans more empathetic or reflective – the philosopher Seneca complained that all it did was make them more and more bloodthirsty. Katie Mitchell has spoken of the nightmares her cast suffered while rehearsing Cleansed. But at least, unlike some ancient “actors,” they can be confident they’ll still be alive at the end of the performance.