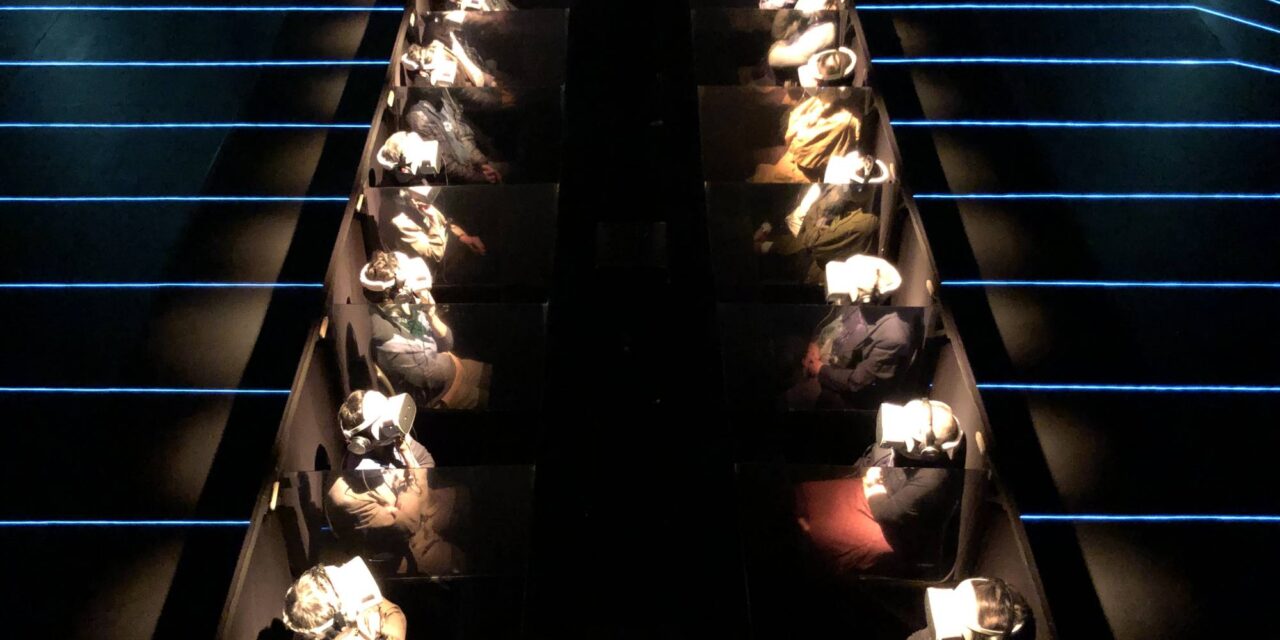 Look into the future: A sign of things to come in the world of performing arts, director Kuro Tanino’s virtual reality production, “Dark Master VR,” plays with the audience’s senses of sight, taste and smell to create an immersive theater experience. | KEIZO MAEDA

At the time, he may have had social turmoil in mind when he wrote those lyrics, but the sentiment applies just as well now to how the performing arts in Japan have been going through dramatic shifts to survive in the face of the COVID-19 pandemic.

In 2020, theater companies broke the mold by embracing digital platforms and trying out new approaches to business models and staging productions. Such changes will no doubt carry on in the new year, especially with Japan’s second state of emergency looking like it may be extended until the end of February.

When the government first declared a state of emergency in April last year, many venues temporarily went dark through the spring. By midsummer, however, theaters gradually and carefully opened their doors again as some moved their start times forward in line with government warnings to limit socializing after 8 p.m, shifted to offering low-capacity seating, or started putting their shows online.

Despite the effort of theaters to adapt, a single case of COVID-19 can result in instant cancellations and months of preparation going down the drain. Consequently, venues and theater companies are paying close attention to safety measures, all the while exploring creative ways to bring theater to life without the need for a packed auditorium.

When it reopened this past August after a five-month closure, the venerable Kabuki-za theater in Tokyo halted its traditional practice of running two long programs per day. Instead, in order to reduce the time audiences spend in close proximity, it switched to four short programs, with the auditorium emptied and cleaned after each show. Starting this month, though, the Kabuki-za will present three programs a day to half-full houses. However, audience members will be prohibited from eating and drinking during performances (a policy in line with the nation’s cinemas), as well as shouting out customary cheers of encouragement to the actors.

A more drastic approach to modernizing has come in the form of Zoom Kabuki, a project that gets its name from the online communication platform as well as the term “図夢” (zu-mu), which translates to “attempting to dream.” Launched by Shochiku, the production company that operates the Kabuki-za, the streaming project presented Yaji Kita, an original contemporary work starring the kabuki actors Matsumoto Koshiro X and Ichikawa Ennosuke IV, on Amazon Prime in December. Eleven more performances are planned for 2021.

Kabuki is, of course, not alone in rising to the challenges brought on by the pandemic. With help from the Agency for Cultural Affairs’ annual fund supporting innovation in the creative arts, railway company Tokyu Corp. — which also runs the Tokyu Bunkamura and Theatre Orb venues in Shibuya Ward — set about providing a new high-quality digital drama platform it calls Immersive 4K Live-streaming Theater. Old faithful: Directors are reviving proven hits such as Death of a Salesman to cut costs amid the pandemic and draw in audience members who missed out on seeing the show during its initial run. | © SHINJI HOSONO

The first production, which will run from Feb. 8 to 13, is Majo no Yoru (A Witch’s Night), a 2010 work by leading playwright Ryuta Horai about two women whose friendship turns sour.

There are four ways to see the show. Daily live performances for audiences of 15 will take place at the Shibuya Cast studio, while simultaneous high-resolution live streams for 80 others will be shown at nearby Hikarie Hall. Alternatively, people can live stream the play on their smartphones or computers on closing night, or catch a deluxe version adapted for screens at Hikarie Hall in March. Tokyu says many more new digital “theater appreciation services’’ are likely to follow.

Meanwhile, another medium bringing theater to life in an engaging way is virtual reality (VR). In 2020, playwright and director Kuro Tanino created two VR works: Dark Master VR, in which the audience’s senses of sight, taste, and smell are immersed in the ambiance of a kitchen in a small restaurant as they watch how a lone chef is surreally controlled by the voice of an unseen owner; and Marzo VR, a delightfully gruesome experience in which audience members “see” a surgeon cut into their bellies and pull out their innards.

Tanino’s VR productions were one of the most exciting theater experiences to come out of 2020, so whatever he has planned for this year is sure to be exciting.

In yet another pandemic-driven development, on Feb. 1 the CAT Produce company, which grew out of the musical and drama scenes in Tokyo some 20 years ago, will unveil its third VR production, a new comedy by Junichi Hirota titled Boku wa mada Shindenai (I’m Not Dead Yet).

The most groundbreaking aspect of this show, however, is that CAT will only sell tickets for online VR streaming on the free 3D app Blinky, which allows viewers to zoom in and out of the action at will. The play will be available to watch via smartphone, tablet, computer, or a special VR device until 11:59 p.m. on March 7.

Despite the innovations, investing in such productions poses a risk for theater companies — who knows when the pandemic will end or if another devastating shutdown awaits?

And so, instead of spending money on developing new shows, a growing number of dramatists are choosing to revive proven hits that will allow their popularity to grow through word of mouth. This approach of running revivals has the effect of broadening the theater community by attracting customers who may have originally been deterred from attending by enthusiastic fans who snapped up seats in a show’s initial limited 10-day or two-week run.

Kanagawa Arts Theatre in Yokohama, for example, staged a repeat run of Arthur Miller’s Death of a Salesman from Jan. 8 to 12 to nearly packed houses. Similarly, from March 19 to 30, Setagaya Public Theatre will rerun its award-winning 2017 production of Shigosen no Matsuri (The Meridian Rite) by the great postwar playwright Junji Kinoshita. With kyogen actor Nomura Mansai as the show’s director and leading actor, the medieval epic is set to be an impressive addition to a roster of reruns.

While COVID-19 has cast a dark and dangerous cloud over Japan’s performing arts world, there is a silver lining — stage productions have continued to deliver on quality and, perhaps more importantly, new technologies have allowed artists to reach previously untapped demographics. Few would have foreseen such a drastic change just 12 months ago.

Without a doubt, Japan’s theaters are poised to shine and surprise in 2021 even as the old order fades. I, for one, can’t wait to see what happens next.

This article was originally published by The Japan Times on January 27, 2021, and has been reposted with permission. For the original, click here. 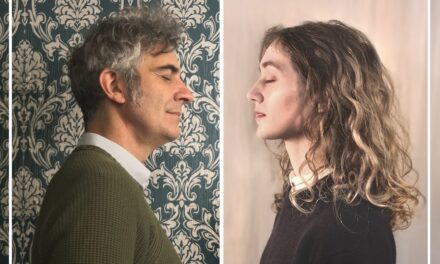