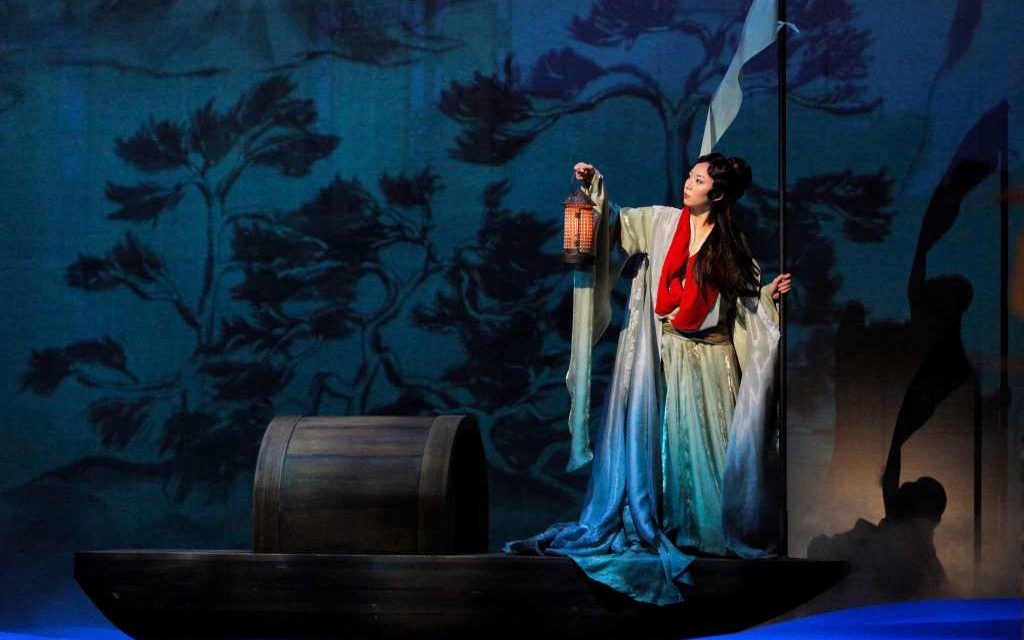 Princess Jia’s request for poetry upon her visit to the Red Chamber is met by the impetuous Bao Yu’s “Within these red walls, peace can be found…” Yet such ignorance of the turmoil happening inside the mansion stands in stark contrast to what the audience witnesses in this adaptation of Cao Xueqin’s classic Chinese novel Dream of the Red Chamber (Hong lou meng). Alternatively titled The Story of the Stone, the epic late Qing dynasty work plays out over 100 chapters — an oft-cited statistic is that it is double the length of War and Peace. The sprawling narrative interweaves elements of Buddhism and Daoism into a story with more than 500 characters. An entire field of literary study and criticism, known as Redology (Hong xue), has developed around the novel, which points to the complexity of the work. Having done away with many of the minor characters (and some major ones, according to avid fans of the novel), the opera focuses on the trio of the dashing Bao Yu, emotional Dai Yu, and sensual Bao Chai, whose love triangle is overshadowed by the power struggles between their relatives led by Jia clan matriarch Granny Jia.

The romance between Bao Yu and Dai Yu is well developed: it starts with a stone, left over from the building of Heaven, who is nurtured by a crimson pearl flower. Their desire to experience human love leads to their incarnation on Earth, where they bond through a mutual love of the Chinese musical instrument Qin. An act two aria sung by Bao Yu during Dai Yu’s burning of the poems they wrote together would move even the most hardened hearts. As for the other tip of the love triangle, Bao Chai, her lower prominence and less stage time allows limited room to develop her character beyond being a nouveau riche beauty; hence the audience should not be blamed for finding less empathy for her predicament.

Adapted by David Henry Hwang and Bright Sheng, a commission from the Minneapolis-based Chinese Heritage Foundation in 2011 for a new opera in English based on Dream of the Red Chamber led to its creation. San Francisco Opera gave the premiere in September of 2016, and the 2017 Hong Kong Arts Festival, co-producer of the show, staged it as the closing event of this year’s festival, which coincides with the 20th anniversary of the establishment of the Hong Kong Special Administrative Region of China. The two back-to-back shows were sold out shortly after tickets went on sale, a testament to the drawing power of a classical Chinese novel told through the Western medium of opera. Several minor changes in staging were made from the San Francisco version of the Hong Kong one: an aria by Lady Wang was cut, the Monk is better integrated into the action (silently weaving in and out of pivotal scenes), and two Hong Kong performers took up roles in the show — actor Pichead Amornsomboon as the Monk, and Soprano Amanda Li as Bao Chai.

The costume designs by Tim Yip seem to take inspiration from the political dimensions of the opera: the imperial messenger’s costume is reminiscent of a kite – a motif that is used in the novel to denote a perceived level of freedom that is ultimately being constrained. Such irony is mirrored in the elaborate costumes of the wealthy characters Bao Chai and Princess Jia, which positively drip with jewels and expensive fabrics, but at the same time inhibit movement. Burdened by poverty, Dai Yu wears a plain and loose garment that affords greater freedom of movement. The costumes succeed brilliantly at letting the audience understand at a glance the different status level of characters in the Red Chamber. The set embraces a concept of political instability: pillars hung above the stage do not reach to the floor, lending a precariousness to the Red Chamber and foreshadowing its downfall and fragility. The floating columns also recall the surreal feeling of being in a dream, a feeling that is echoed in Granny Jia’s exaggerated sitting room and Bao Yu’s gargantuan bed. The views of the mansion as seen from a distance and up close are created by a backdrop of classical Chinese paintings of houses and mountains cut in different shapes to resemble a puzzle. The staggering of pieces cleverly allows rearrangement to show the change of location as the audience peeks into the Red Chamber. Lighting makes a mark during the opening “heaven” sequence with muted, diffuse tones, which contrast the bright colours and vivid emotions of the “real world.”

This opera may be a way to open Chinese culture to a global audience, and for those unfamiliar with the novel, the opera succeeds: interested viewers may read the novel or watch one of several television or film adaptations to gain more insight. For those who are familiar with Chinese culture, this new interpretation of a classic novel through melding Chinese content into a Western form works well.

Dream of the Red Chamber. A San Francisco Opera and Hong Kong Arts Festival co-production. Composed by Bright Sheng. Directed by Stan Lai. Libretto by Bright Sheng and David Henry Hwang, based on the novel by Cao Xueqin. 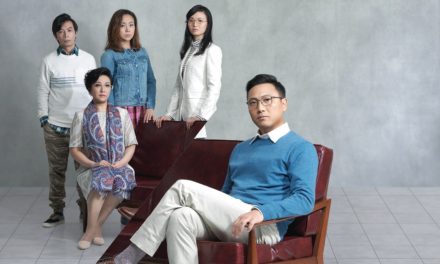