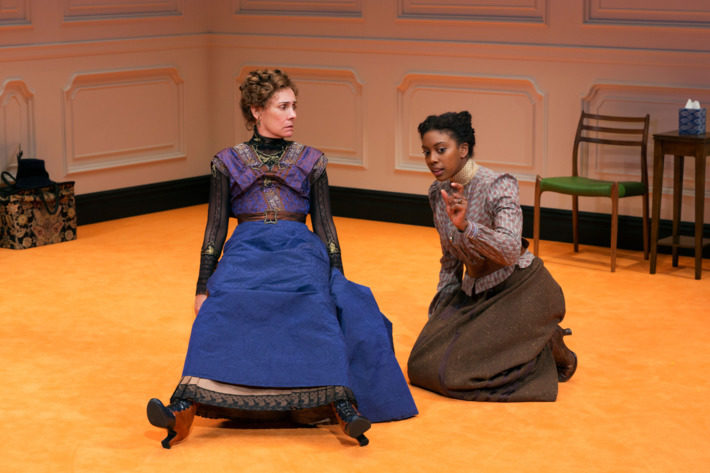 A Doll’s House made Henrik Ibsen a household name in 1879. It ruffled feathers throughout the Western world, provoking intemperate outrage, extravagant acclamation, and torrents of reaction in the form of articles, lectures, protests, sermons, and counter-plays. Sequels by other authors appeared shortly after the play’s premiere, most written as rebuttals to its perceived disparagement of marriage. How dare anyone argue that a woman might justifiably leave her husband and children? Ibsen’s Ghosts was itself a sequel of sorts, suggesting that A Doll’s House was if anything too mild. (There a wife who dutifully stayed ensured that the sickness she condoned would be handed down to her child.)

The pace of dramatic reaction and polemic slowed in the 20th century but never stopped. Our own age has seen Nobel Prize-winner Elfriede Jelinek’s 1979 play What Happened After Nora Left Her Husband, a grim and ultimately tendentious tale of serial sexist and capitalist exploitation following the heroine’s getaway, and Comden and Green’s 1982 Broadway musical A Doll’s Life, which closed after five performances and had a plot curiously similar to Jelinek’s. The latest addition to this tributary tradition is Lucas Hnath’s A Doll’s House, Part 2—a slick, intelligent, splendidly acted discussion drama that’s fun to watch, though not entirely believable. It might be described as a sequel for the age of Wikipedia.

Hnath’s play doesn’t represent a very deep reading of Ibsen’s A Doll’s House. It clearly germinated in the shallows of the play’s popular reputation, responding more to the casual knowledge of the plot, factoids, and historical aftereffects of the sort one finds online than to what Ibsen actually wrote. It’s a play that uses not Ibsen’s characters but people with the same names as Ibsen’s characters to tell a wholly contemporary story about selfishness, selflessness, growth, and compromise in long-term relationships.

These characters wear Victorian-era clothes but speak and behave just like you and me, our partners, exes, and kids. In other words, they lace their language with casual profanity, plop onto the floor on the slightest pretext, and demonstrate with every other incidental mannerism that they aren’t living with the restrictions or cultural assumptions of Ibsen’s time. They’re clearly creatures of the contemporary world birthed by feminism, rock-and-roll, and 1960s counterculture.

Fair enough. A Doll’s House, Part 2 is a contemporary relationship play in Victorian drag, a classical commentary projected through the lens of candidly confessed hindsight, akin to Paula Vogel’s Desdemona: A Play About a Handkerchief. I liked it well enough in that spirit.

You wouldn’t call Hnath’s work gripping or suspenseful but it’s interesting and vivid because the acting is first-rate and the stakes are urgent for the characters. Nora, out of touch for 15 years, has returned to Torvald’s house because she needs something from him. Now a famous author of novels that attack marriage and prompt women to leave their husbands (written under a pseudonym), she has antagonized a powerful judge whose wife left him after reading her. The judge discovered that Torvald never legally divorced Nora and is blackmailing her. Due to the patriarchal legal code, she is a criminal: all her professional contracts are void and her independent sex life adulterous.

The crux of Hnath’s drama is in the return of this proud, strident, self-absorbed woman to the home of those she wounded and abandoned in order to achieve independence. Torvald, portrayed entirely as an innocent victim, could help her by just filing the divorce papers but at first, refuses (for reasons she thinks she understands but doesn’t). She then tries to enlist others as allies: the servant Anne-Marie (who brought her children up) and her grown daughter Emmy (who has no memory of her and wants what her mother discarded, a loving marriage and stable home).

To Hnath’s credit, all of these are independent, self-aware, self-respecting people who hold their own with pushy and waspish Nora. All three challenge her to account for the wider repercussions of her choices years ago in ways she never wanted to face before. After much emotional struggle, the play ends on an honest, probing note of mutual recognition—a sort of respectful stalemate reminiscent of countless ruminative couple-dramas by authors like Donald Margulies, Richard Greenberg, David Lindsay-Abaire, and many others.

At bottom, though, Hnath’s characters feel too much like pieces on a polemical gameboard to be wholly credible as people. What keeps their artifice from overwhelming things is the superb acting in Sam Gold’s production. Laurie Metcalf and Jayne Houdyshell are brilliantly sharp, funny and nuanced as Nora and Anne Marie. Metcalf is an impossible blend of self-confident gravitas and salty, borderline-hammy humor. She somehow turns sincerity and intimacy into an amiable pose.

Houdyshell is the foil that makes Metcalf’s jarring shifts and contradictions work. Ibsen’s Anne Marie was a long-suffering supporting role but here she is a formidable player, an adversary who swears like a sailor when Nora is ungrateful and oblivious to class privilege, and a precisely modulated “straight man” who perfectly sets up Metcalf’s punch-lines. The intelligence and surprise of both these performances is enough reason to see the show.

Yet here’s the wrinkle for those who care about Ibsen’s play. To characterize middle-aged Nora as a strident ideologue who returns begging for help because she’s been blind-sided once again by a malign, patriarchal legal maneuver (remember Krogstad?!) is an injustice to the original character. When Ibsen’s Nora leaves her home she is determined to learn the rules of the male-dominated world that infantilized her, that kept her ignorant of the values by which a false signature on a promissory note was held to be more iniquitous than letting one’s husband die. Hnath’s Nora has essentially made no progress in that mission. We’re asked to believe that after all that happened with Krogstad, she’s still so careless about legal matters that she never bothered to check whether she was legally divorced. Deep down, it seems, she’s still the vain, self-absorbed twit people took her for before her epiphany.

My question for Hnath is: if that’s what you really think of Nora, and Ibsen’s play by extension, why bother writing a sequel or commentary to it? Isn’t that tantamount to saying that you regard it as a sad, degrading, a decidedly unedifying tale about shallow, selfish people who flirt with a deeper view of themselves but ultimately shrink back from it?

Isn’t one reason this drama still absorbs and enthrals people the world over 138 years after its premiere that it holds out the prospect of incremental growth beyond that? Stunted, culturally malnourished Nora miraculously finds a seed of full-blown humanity within herself and decides to go off and nurture it. No one can say for sure what her future is (she’s fictional, after all). But surely that seed ought to be seen as part of it.

This article was originally published on jonathankalb.com. Reposted with permission. Read the original article. 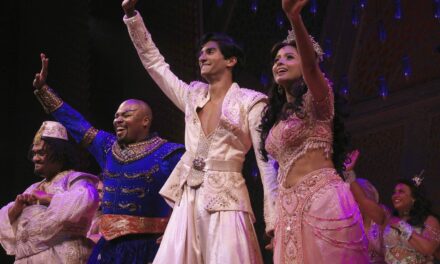