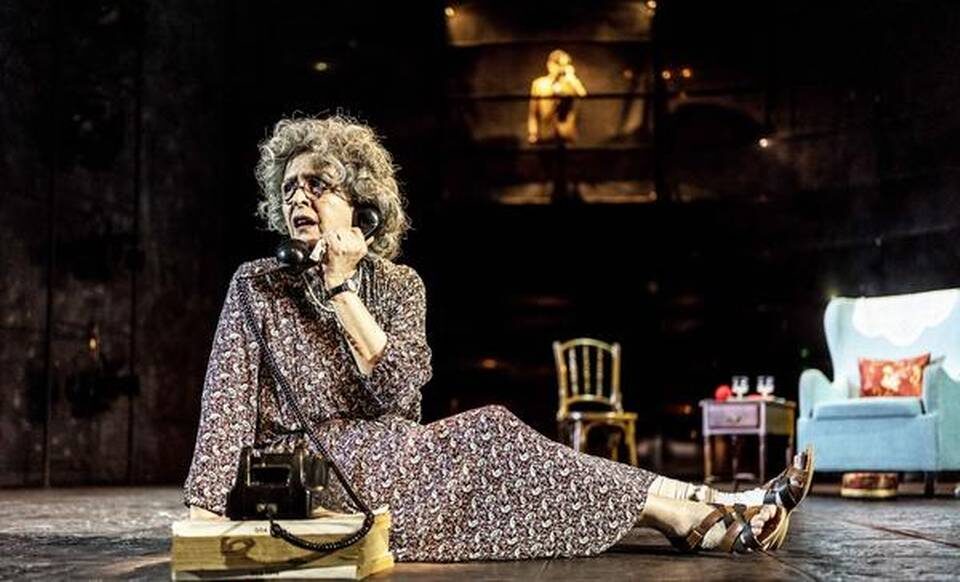 "The Mirror Crack'd" by Rachel Wagstaff, directed by Melly Still at the National Centre of Performing Arts. 2020.

For fans of the whodunit as gradually unfolding conundrum rather than mere build-up to a climactic masterstroke, an Indian reboot of a British play based on the 1962 Agatha Christie novel, The Mirror Crack’d from Side to Side, has been served up by the National Centre of Performing Arts (NCPA) this week, with its opening run continuing till next Sunday. Titled simply The Mirror Crack’d, the play has been adapted for the stage by Rachel Wagstaff, and directed by Melly Still. The NCPA staging of this Wales Millennium Centre and Wiltshire Creative production comes less than a year after its British predecessor opened at the Salisbury Playhouse. While sets and lighting echo the original design, the play has been ‘reimagined’ for Indian audiences by Ayeesha Menon. This entails translocating its goings-on to a sleepy hollow in Goa in 1976, with Christie’s deceptively derelict private eye Miss Marple becoming Jiloo Mistry, as played by the ever-reliable Shernaz Patel. Movie buffs might remember the Rituparno Ghosh film, Shubho Mahurat, starring Rakhee and Sharmila Tagore, which persuasively drew on the same material. Here too, the Indian milieu doesn’t quite require a stretch of imagination, even if populated with only cursory local references.

Death by drugged daquiri sets a chair-bound Mistry on a labyrinthine quest of motives and alibis, with Superintendent Daniel D’Mello (Denzil Smith) close on her heels. The other principals include Mamta (Sonali Kulkarni), an over-the-hill film star on the verge of a comeback, and local gossip Dolly Briganza (Avantika Akerkar), at whose old Portuguese manor house, a party thrown for Mamta becomes the site of ostensibly premeditated homicide. The action is set up with a choreographed dream sequence featuring the entire ensemble, inflected with the exotic Bollywood touch so peculiar to plays of British Indian provenance.

The production’s strong points include its sparse but atmospheric country-house setting (the set design is by Richard Kent) with high ceilings and almost creaking floorboards, backed by a grand wall of reflective translucence, that overlays mirrored on-stage actors with the intrigues that lie behind. Very frequently, the actors turn into ciphers and shadows, in place like shifting pawns even in scenes where they don’t play a part. This allows the play to occupy two timelines simultaneously — the lively party scene, and the site of Mistry’s extended convalescence. Movement director Joseph Alford gets the cast-in-waiting to move in subtle, imaginative ways that make the time-warp wholly believable while adding suspense and foreboding to the proceedings. It is an alien aesthetic certainly – Indian English plays are not known for their experimental staging, and it’s surreal to watch a local ensemble committing to these ministrations, with nary a false step.

That said, the production isn’t quite the promised thriller, and is decidedly low on drama for the most part. Menon’s Indianisation seems a tad dumbed-down, with the casualty being Mamta’s vapid characterization which even an otherwise dependable Kulkarni (and a knowing Rekha reference to boot) cannot rescue. Smith’s signature baritone serves him well, but his moments of drama lack a similar flair. Bhavna Pani, who plays starlet Leela Gopalan in a fluttery dress does inject some vim, and a British sartorial flavor, to the play. The use of language and class is along predictable lines — overlords converse in impeccable English, and underlings help themselves to a smattering of ill-judged Hindi. Worse still, neither the victims nor the eventually unearthed perpetrator appears to provide us with compelling sub-plots (although arguably this is not lacking in the script itself). However, an aspect of the production that proves sufficiently engrossing is the manner in which clues are strewn about so carefully, that enterprising members of the audience could very well take it upon themselves to solve the case before the prized eureka moment of detection. As it so happens, the power of the crescendo is frittered away and the play ends in what seems like a roll-call of incidental details rather than the revelatory twists that make or break a whodunit.

Patel, in true form, holds sway magnificently over The Mirror Crack’d. Although a tad ineffectual in the climax, she is absolutely flawless in her scenes with Akerkar (who lends able support), as they take a detour away from the crime-scene into more personal, even deeply affecting, territory. It’s almost like another play altogether. She adds a palpable layer of vulnerability and tension to the scenes where she is left alone — a frail woman with an injured ankle who knows too much about a killer on the loose.

The play doesn’t make much of Mistry’s antecedents as an inveterate case-solver, except in D’Mello’s begrudging (and belated) acknowledgment of her sleuthing skills, however, she’s as alive to every moment as her ears alert to ageist barbs. The wig might need some rethinking, but Patel’s turn might well be worth the not inconsiderable price of admission.

This article appeared in TheHindu.com on January 31, 2020, and has been reposted with permission. 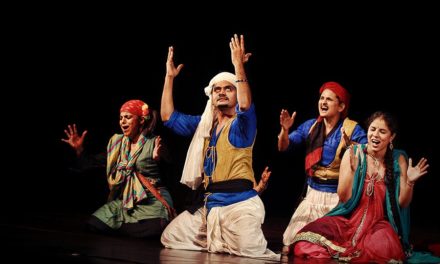 Shakespeare and the Hindi Theatre 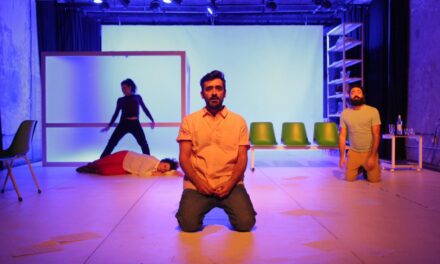