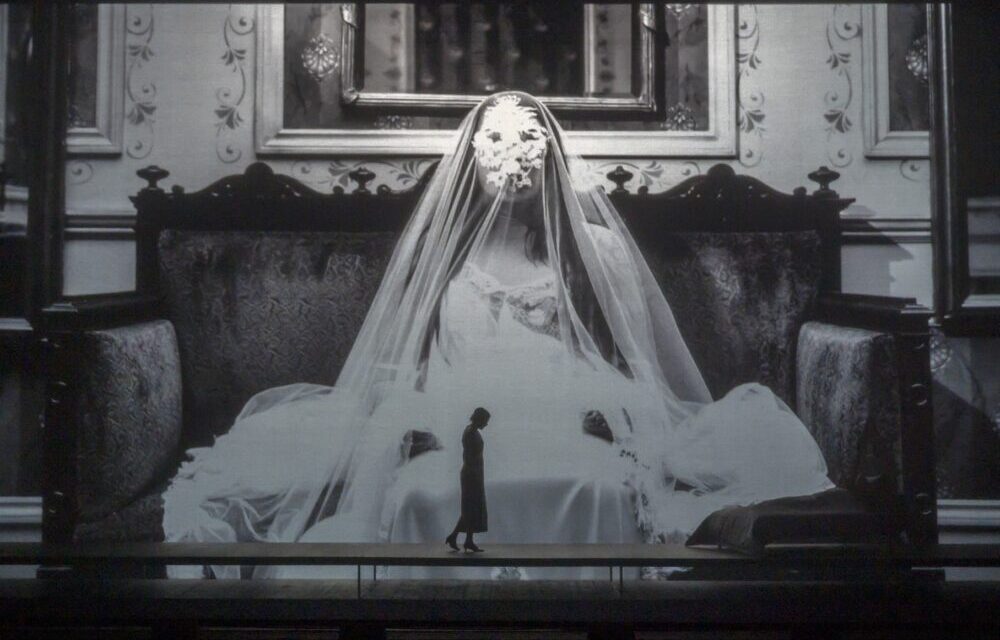 Does a diva ever really die? It’s a fitting question from the reigning queen of endurance art, Marina Abramović. Her first original opera, 7 Deaths of Maria Callas, is a tribute to the titular soprano, whose voice and mythic aura have fascinated the artist since childhood. Opening the 2020-21 season at the Paris Opera’s Palais Garnier in collaboration with the Festival d’Automne, Abramović performed on the same stage where Maria Callas once sang to sold-out crowds.

Conceived in two parts, the opera opens with a patchwork of seven arias from Callas’ most emblematic roles: Violetta, Tosca, Desdemona, Cio-Cio san, Carmen, Lucia, and Norma. The music is interpreted by a successive stream of international soloists, all dressed in the white collared uniform of Callas’ housekeeping staff. Known for her extended vocal range (whether natural or forced remains a touchy subject depending upon whom you ask), it takes a cohort of sopranos and mezzo sopranos to represent the full scope of Callas’ repertoire. Meanwhile, Abramović posing as Callas peacefully slumbers on an authentic copy of the diva’s death bed. Each aria is paired with a short film dedicated to the respective heroine’s death. Here, Abramović trades her signature live body art for ghosts, replacing physical interventions with a series of haunting special effects. Projected onto a giant screen, these vignettes feature diverse landscapes that range from dystopian urban America (Tosca falls from a gray skyscraper) to post-apocalyptic wasteland (the players of Madame Butterfly wear protective yellow Hazmat suits). Directed by Nabil Elderkin, the films are based on original texts written and narrated by Abramović in voice over. The artist also portrays the various protagonists, embodying their deaths with a stoic elegance, while Willem Dafoe appears in various supporting roles. Operatic tragedy is mined for its universal symbolism on screen while allowing traces of Abramović and Callas to intertwine with fiction. Abramović’s Desdemona, for instance, suffocates beneath a pile of coiled pythons and boa constrictors that Othello (Defoe) ritualistically drapes around her neck. Snakes have been a recurring feature of Abramović’s performance oeuvre, first emerging at the outset of her solo career following the artist’s mediatized separation from her partner, Ulay. Just as Callas’ turbulent relationship with Aristotle Onassis intersected with her public image, gender representation and tangled love resonate across time and multiple women in 7 Deaths of Maria Callas.

Following various incarnations of the singer’s stage roles, the final section of the opera is entitled “Maria Callas Dies of a Broken Heart”. But do we really bear witness to her death? Or is it a resurrection? In an exact replica of the singer’s Paris apartment, Abramović as Callas rises from the bed and calls out to her housekeeper. Whether studying her own image in the mirror, shattering a vase of flowers, or approaching the window to take in a rush of fresh air, the performer’s minimal gestures are powerful fragments of an imaginary adieu (in reality, the singer was found dead in bed at the same Paris home, aged 53). The lights dim and a recording of Callas’ voice echoes across the darkened opera house.

It’s a risky bet, inviting a superstar of the art world to create an opera. Will it simply read as a shallow gimmick or will the proscenium stage reap new rewards? Fortunately, in the case of 7 Deaths of Maria Callas there is much to admire. While infusing opera with audiovisual practices that deepen our relationship to the music, Abramović has also drawn new audiences to experience a varied repertoire sung by an accomplished cast (Adela Zaharia’s singing in the role of Lucia Ashton was particularly noteworthy).

Marina Abramović claims that Maria Callas is her “alter ego” in a merging of Marina/Maria worthy of Ingmar Bergman’s 1961 film Persona. But who is Maria Callas? Is she Tosca or Violetta? A heartbroken retired singer? All of the above? And who is Marina Abramović for that matter? For all its focus on tragedy, 7 Deaths of Maria Callas is really about life, the life-affirming role of art that forges personalities and continues to resonate across time and space. 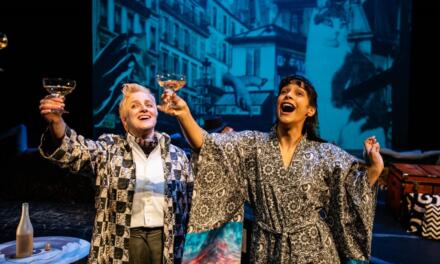