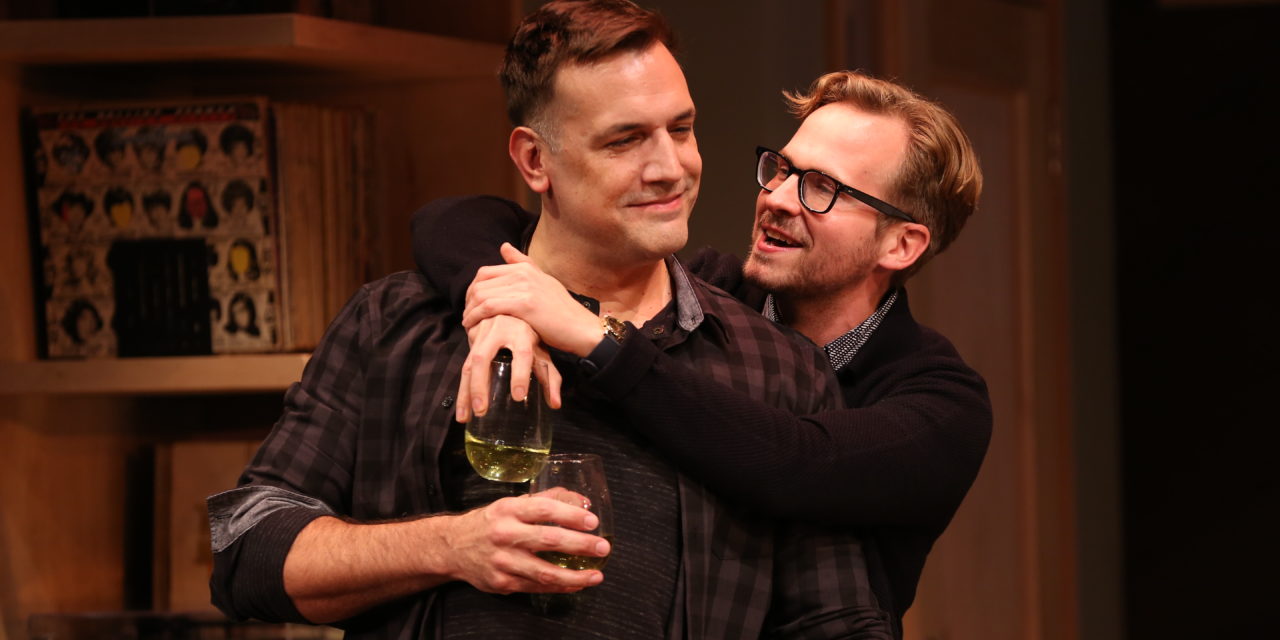 A poignant, topical chamber piece for five characters, Daniel’s Husband commences with two gay couples enjoying a dinner party in the living room of Daniel and Mitchell’s stylish house in a progressive suburb, requisite lesbian couple ensconced across the street.

The play begins as the quartet enjoy what appears to be a breezy evening of playful banter that gradually morphs into more prickly terrain. Daniel and Mitchell are an affluent white couple whose guests include their old friend Barry and his current fling Trip. Barry appears to be crowding 50 while Trip is in his early 20s.

The crux of the opening scene’s conflict finds Mitchell’s disdain for gay marriage butting up against Trip’s enthusiastic embrace of same-sex matrimony. Matthew Montelongo’s Mitchell immediately establishes himself as the worthy centerpiece of the evening and, by extension, the play. It’s fascinating to watch his compressed tension, overflowing with passion about a topic he is encouraged to tamp down, the better to avoid spoiling an otherwise pleasant dinner party. Daniel’s obvious difference of opinion on this central topic provides the couple with their most memorable scenes.

The male characters introduced and established, playwright Michael McKeever then reveals Daniel’s overbearing mother, a moneyed divorcee living in Florida. Lydia is embodied by Anna Hollbrook as the doting mother who seemingly adores her son’s partner. Her arrival marks the point where the play transitions from au courant dark comedy to more conventional family drama. Without a more compelling reason to appear than apparent boredom, Lydia’s arrival smacks more of a plot contrivance than dramaturgical necessity. It would’ve been more convincing to have her arrive on the heels of the death of a relative or close friend.

The greater biographical detail would more effectively establish the particulars of her bond with Daniel. Narcissism and denial of her son’s dispassion toward her are apparently what drives Lydia. Despite those reservations, the topical nature of same-sex marriage renders Daniel’s Husband potentially the gay play of the moment.

The play begins as a thoughtful examination of various contemporary gay topics, from same-sex marriage to intergenerational relationships to commitment issues. The opening scene is the play’s most inspired and entertaining. Daniel’s Husband later evolves into a power struggle between an overbearing mother and a devoted partner that ultimately underscores it’s potential for pathos. The flashback at the end is a particularly memorable solution to the innate challenge of an ending. The play flows effortlessly from the beginning to the central conflict between first the two lovers and then between Mitchell and Lydia, once a sudden ailment befalls Daniel. The main drawback of the evening is the occasionally awkward plot development.

McKeever’s play is a worthy addition to the gay illness-as-metaphor tragedy, from The Normal Heart to Prelude To A Kiss, up to Marvin’s Room, and including Next Fall, the play Daniel’s Husband most evidently resembles. More clearly resembling classic Greek drama in structure, Daniel’s Husband relegates much of the later action offstage, the better to limit the activity to the single set of Daniel and Mitchell’s home.

The cast is of a piece and is consistently committed, particularly Leland Wheeler as Trip. Ryan Spahn as Daniel is also touching and convincing in his relationships with Mitchell and Lydia. Lou Liberatore as Barry is an astute supporting player, his devotion to friend and client Mitchell palpable. His loyalty suggests the possibility that his relationship with Mitchell is his most cherished, a backstory that’s intriguing to ponder.

The credit belongs to the creative team, in particular director Joe Brancato. He seamlessly squires his actors through the various ripe scenarios of the play and across the smartly appointed set. The scenic design by Brian Prather is effectively modern and authentically appointed, and the lighting design by Jeff Croiter subdued but for a pair of cinematic spotlight closeups. William Neal’s music is muted and effective and Gregory Gale’s costumes are suitably unobtrusive and restrained.

Daniel’s Husband is at the Westside Theatre at 407 West 43rd Street in New York City. 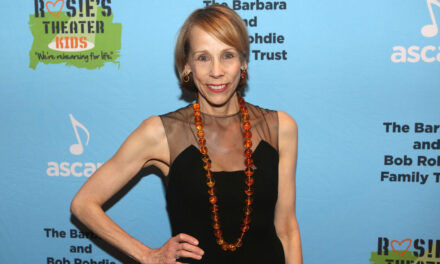