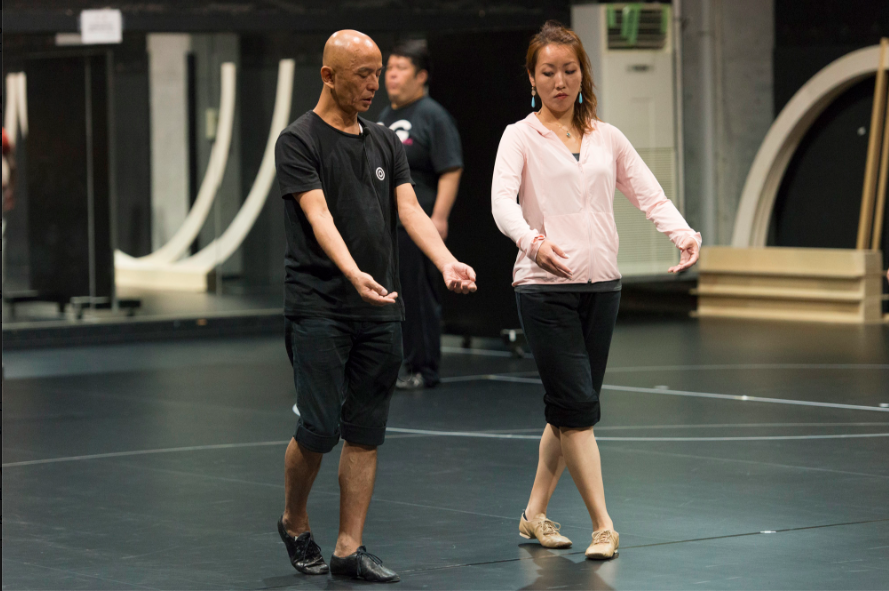 Working with Mari Moriya on her role as the Queen of the Night's daughter, Pamina, in 'The Magic Flute.' | © M. TERASHI_TOKYO MDE BRAVO

Since studying visual arts and sculpture before taking up ballet at the age of 20 in 1973, Saburo Teshigawara has become a world-renowned choreographer and dancer whose unique style and aesthetic sense has even drawn him commissions from the Paris Opera Ballet, Frankfurt Ballet, and Nederlands Dans Theater.

Now, after working along the way with videomakers, “noise artists” and performance art in search of what he’s called “a new form of beauty,” the Tokyo native is tackling The Magic Flute—Austrian composer-supreme Wolfgang Amadeus Mozart’s two-act opera from 1791.

Although the work with its German libretto by Emanuel Schikaneder was created as a Singspiel, a form that includes both singing and spoken dialogue, audiences can savor Teshigawara’s original take on Mozart’s final gem next month when it has its world premiere at the Aichi Triennale 2016 arts festival.

Recently though, just before plunging into a full rehearsal, Teshigawara — who, besides working with Karas (Crow), the company he formed in 1985, is also an acclaimed graphic artist and film director — welcomed this writer to his studio base in a backstreet of the lively, western Tokyo town of Ogikubo.

Asked why he’d chosen to stage this famed work he’s also choreographed — as well as designing the sets, lighting and costumes — here now with an all-Japanese cast, he first credited the depth and breadth of The Magic Flute itself. 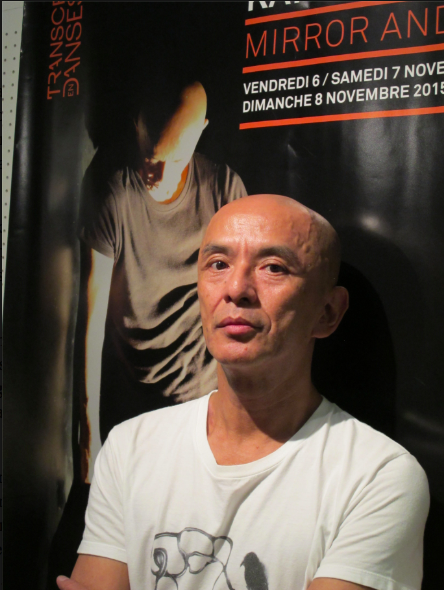 In this story, the Queen of the Night (played by Yui Takahashi) gives Prince Tamino (Jun Suzuki) and a birdcatcher named Papageno (Masamitsu Miyamoto) a magic flute and bells and commands them to rescue her daughter Pamina (Mari Moriya) from a priest named Sarastro (Hidekazu Tsumaya) who’s enslaved her.

However, when they get to the priest’s shrine they find he is actually looking after Pamina to protect her from her evil mother, and though the prince and princess fall madly in love he won’t let her leave until Tamino and Papageno pass three tests.

Despite the queen’s efforts to destroy the shrine to stop them succeeding — before she’s struck by a thunderbolt and sent to hell — the pair magically overcome the challenges and everyone lives happily ever after when romance also blossoms for Papageno and Papagena (Sonoka Daigo), who have met along the way.

Yet after explaining how Mozart and Schikaneder were members of the same Masonic lodge — and that the story features symbols and language drawn straight from Freemasonry — Teshigawara insisted: “I don’t want to do this opera just following other European directors and imitating their style with Japanese performers as if I’m pretending to understand their cultural background. That would be farcical.

“Instead, I want to extract universal issues concerning love, mystery, social compulsion and status from this Germanic story so it is relevant for audiences in Japan. I believe I can do this by directing it in abstract ways and concentrating on the music.”

In practice, Teshigawara said he’s told the 17 opera singers he’s enlisted to perform in the original German under the baton of Italian conductor Gaetano d’Espinosa to forget about speaking and acting. Similarly, he’s told the 16 dancers he’s brought in from the Tokyo Ballet to just dance and forget about speaking — while leaving his longtime dance and artistic partner Rihoko Sato to narrate the story, written by Teshigawara in a poetic style, as she moves with her consummate grace around the stage as she’s previously done in some Karas dance pieces.

That three-way split, he said, is crucial to “avoiding the disorder of having the vocalists singing in German and speaking in Japanese as is normal in Japanese versions of The Magic Flute.

“I actually divided the roles just between singers and dancers in my opera Solaris based on the Polish writer Stanislaw Lem’s iconic sci-fi novel that premiered in March 2015 at the Theatre des Champs Elysees in Paris,” the director said.

“Although the singers complained at first, I told them I believed singing was already tough enough physically and I wanted them to concentrate 100 percent on that. I was satisfied with the result — and the critics agreed with me.”

Then, returning to the opera’s storyline, the director added that, “Despite its idealistic, happy ending, I feel a darkness in it that may reflect the composer’s true despair at the state of humanity.

“In that sense, I think The Magic Flute—whose premiere Mozart conducted before returning to his sickbed and dying two months later, aged 35—draws on his dream state and hence contains lots of contradictions, including that almost sarcastically happy ending perhaps included to give people hope. Art often works like that.

“So rather than using a realistic set and gorgeous medieval costumes and strictly following the original, to bring out this work’s inherent contradictions and its darkness, I have opted for an abstract production.”

Hence audiences will see the singers clad in arresting “architectural” costumes, with diaphanous dancers moving imaginatively around on a set featuring suspended metallic rings of various sizes swinging and glinting — rings that Teshigawara said, “refer to a perfect world, as symbols of termination and also recalling the universe in ways that disturb people’s inner balance.

“I would like to create such ambivalence between beautiful circles and imbalance to represent the contradictions of our world,” he continued. “Furthermore, I would like to examine how people can cooperate and realize harmony in today’s uncertain world in which we live.”

In pursuit of that same goal, the director added, “It’s very important to be making the work harmoniously together with all the cast and crew.

“If I refer to the creation process as blowing up a balloon, it won’t inflate if there are any small holes. So everyone involved has had to contribute their imagination equally and not just leave it to me. By respecting each person’s talent and gathering those powers, we have been able to create our entirely new Magic Flute.”

For globe-trotting Teshigawara, this will be his fifth operatic work following Solaris and three others staged before that—Turandot in Edinburgh and Japan in 2009, Daido and Aeneas in Venice in 2010 and Acis and Galatea in Aix-en-Provence in 2011.

To him, though, this impressive achievement isn’t about kudos, but art.

As he declared before leaving for that rehearsal, “If the director grabs the living, present-day reality from Western operas, new Japanese adaptations can resonate powerfully with Western audiences and be a mind-blowing experience for traditional opera fans there.

“And I’m sure this Magic Flute will be that.”

To judge for yourself if he’s pulled it off, simply head to Nagoya next month.

This post originally appeared on The Japan Times on August 23, 2016, and has been reposted with permission. 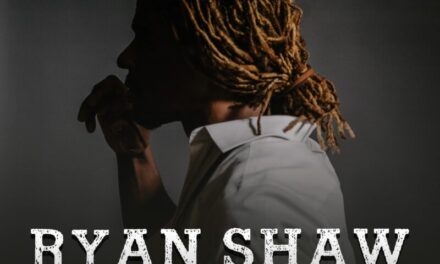 “Imagining Marvin”: A Tribute to How Far (and Not Far) We’ve Come