What Is the Relationship Between Acting and Transmedia? Part II 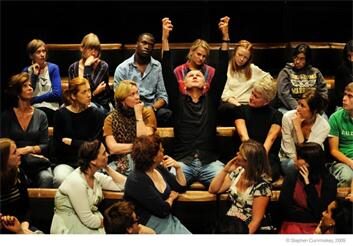 This is the second blog post looking at acting and transmedia. It identifies several key relationships the actor has with the story and particular skills she is advised to develop.

In the same way that format affects acting (screen acting vs. stage acting), the most relevant factor influencing acting in a transmedia project is the degree of audience interaction and how it affects the story. Actors interacting with their audience is nothing new, many times the fourth wall has been destroyed in theatre history in order to defy conventions and to hold a conversation with the audience. However, the actors – as stewards of the live experience – must be aware of many factors before breaking that invisible wall to ensure the interaction is consistent and meaningful:

In addition to this, if the actor is going to create an authentic interaction on behalf of the character then she must ask:

Actor Relationships in a Transmedia Experience

–       The actor’s relationship with other actors

Transmedia actors know their characters in depth, they have explored them and they get to embody them without problems – freely interacting across time and platforms. In the same way, they interact with other actors, clearly establishing the boundaries of their encounters, either previously written or improvised within some guidelines agreed in the characters’ bibles. Actors should know the alternative paths of other characters in order, when improvising, not to lead their colleagues to inconsistent or incoherent interactions. The encounter among live action characters can take place on different platforms (actors in a video interacting with actors on stage, or among them in social media), so deep exploration and research of the nature of their relationship is a must for this new breed of actor. Traditional techniques based on active listening are really important for the development of this facet of the transmedia actor.

–       The actor’s relationship with the audience

Actor interaction with the audience is an inherent part of transmedia storytelling. Consequently, rehearsing should grant actors opportunities to interact with the audience as this will be integral to character construction. Actors should be nurtured by several encounters in rehearsals with spectators whose reactions are not foreseeable: passives, hyper-actives, spoilers…  Acting techniques coming from street performance and improvisation theatre are highly beneficial for the transmedia actor in these cases.

–       The actor’s relationship with the environment

Actors relate to everything that surrounds them on stage and this is a convention, shared by all actors, that makes the audience believe that an artificial setting is transformed into a forest or a bedroom. When we add the audience as part of the interaction equation, not only has the actor to make them believe in the convention but also to share it with them and try to justify it together. In these transmedia projects, acting also tends to blur the conventional limits of theatre – taking place on the street, in the countryside or wherever. Even in a digital environment (e.g. the internet and social media), the actor has to listen as she would in a physical environment and use her imagination.  Actors should be trained in acting techniques that explore the conventions of a stage environment and its limits, such as Viewpoints and other exploratory lines of actors’ movement across physical space.

–       The actor’s relationship with technology

Transmedia actors should be trained to use and associate with technology on stage and in physical environments. Software, websites, apps and devices are used in this sort of project to expand the limits of the experience and the actor has to learn how to organically justify and integrate its use. Additionally, an actor may be given commands via an earpiece about how she should interact with a particular spectator, or receive messages in a tablet about the most voted answer in a virtual survey and modify the course of the story accordingly. For this reason, the sooner the actor can gain experience of working with the technology that is integrated within a story, the sooner she will form an organic relationship with it. For this kind of work, it is advisable for actors to know the techniques coming from performance and experimental theatre.

The actor, as a co-creator of a transmedia experience, has to be an integral and skilled performer, deeply prepared for active listening within a distributed, technological, multi-platform and pervasive environment. The transmedia actor should be nurtured by different training techniques to be prepared for the different types of relationships she will expose her character to. She will also have to be open to a multidisciplinary training, as within this type of storytelling everything can contribute to character’s construction. More than ever, an early deep exploration of the character will enable a solid construction that will unfold coherently across the story, to guarantee that the audience experience is faithful to the goals of our project, consistent with the storytelling and, above all, unforgettable.

This article was originally published on Transmedia Storyteller. Reposted with permission. Read the original article. 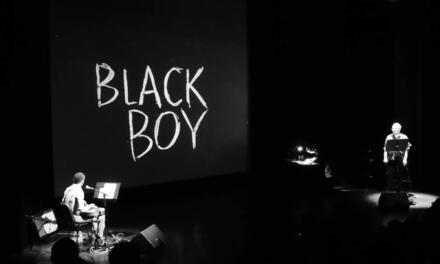 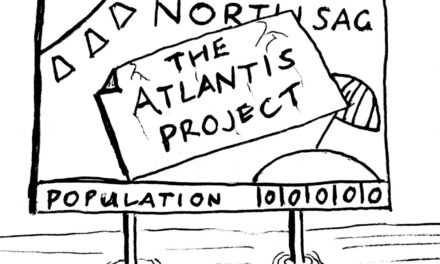 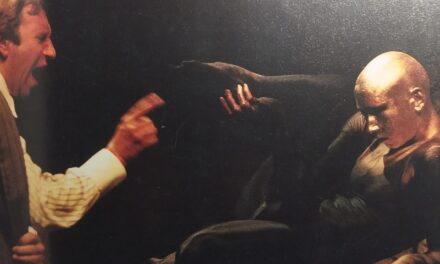