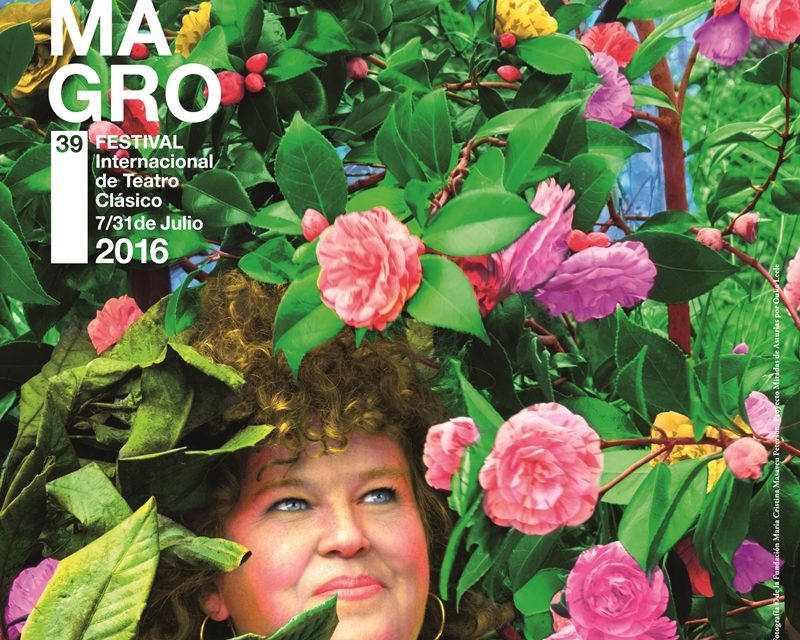 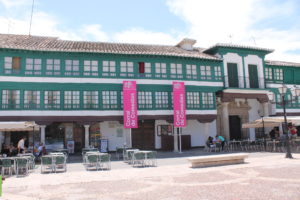 The Almagro Classical Theatre Festival held its 39th edition this month of July, with a special tribute to Cervantes. During its almost four decades of life, the Festival has expanded from a few days and three shows on the first edition up to three weeks and over 50 shows this year.

In 1954, a 16th-century theatre was discovered in Almagro (Ciudad Real, Spain). It was a corral de comedias, an open air theatre construction native to the Spain of the Golden Age. After being restored and turned into a public space of interest, it is the best-preserved corral in the country, and the only one that is regularly used as a theatre like it was 400 years ago.

Almagro is a typical small city of La Mancha, featured in Don Quixote’s journey, filled with white houses and quiet in the hot summer hours after lunch. During the month of July, the Festival takes over the whole town, with shows in the streets and in over ten different spaces. With a program of dozens of Spanish and international theatre shows, the festival also includes exhibitions, several conferences, and Off festival since 2011 (AlmagrOFF) and a Baroque Children Theatre Festival, as well as music and dance shows. This year most of the events focused on Cervantes, and perhaps the one that has earned more international attention is the rap contest organized around the figure of Cervantes and his works (you can read this NYTimes post and this Foxnews article to learn more about this event). 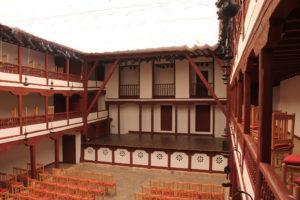 Interior of the corral de comedias in Almagro. Photo by Mara Valderrama.

On April 23rd of 1616, four hundred years ago, Miguel de Cervantes and William Shakespeare both died. They not only shared the day of death but the title of national representatives of the literature of their respective countries. As we celebrate the fourth centennial anniversary of the deaths of the two authors, almost two-thirds of the shows in the Almagro Festival were centered around one of them.

It is often said that Cervantes wanted to be recognized as a playwright, like his contemporary Lope de Vega, but instead, he became immortal for his Quixote, considered the first modern novel. Meanwhile, most of his theatre was relegated to a secondary position, and only his short plays or entremeses have been commonly performed in the Spanish stages. During the Almagro Festival, however, multiple artists have shed new light on Cervantes and his theatre, with bold new perspectives and the exploration of unfamiliar facets of Cervantes’ work and life.

Among the most exciting shows in the Festival were the new and refreshing productions of some texts by Cervantes that had not been staged since the Golden Age. The Young Classical Theatre National Company premiered Pedro de Urdemalas, with Irish director Denis Rafter. While the company Antiqua Escena staged The Conquest of Jerusalem for the first time since its discovery and attribution to Cervantes in the late 20th century.

A scene of Hamlet by Kamikaze Producciones. Photo by J. A. Puertas. Courtesy of Almagro Classical Theatre Festival. Photo courtesy of the Creative Commons.

Ron Lalá returned to Almagro bringing a co-production with the Classical Theatre National Company: Cervantina, directed by Yayo Cáceres. A show filled with music and humor based on multiple texts by Cervantes. Rafael Álvarez “El Brujo” explores the author’s masterpiece in his one-man-show Misterios del Quijote. Although Cervantes occupied most of the attention,the most celebrated show this year was probably the version of Hamlet that Kamikaze Producciones brought to the Festival directed by Miguel del Arco. One last national show that deserves attention is the Celestina produced by the Abadía theatre, with José Luis Gómez directing and playing the role of the old matchmaker and witch. 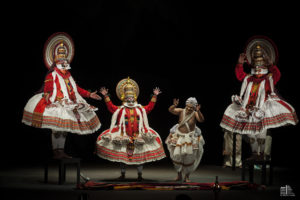 A scene of Kijote Kathakali. Photo by J. A. Puertas. Courtesy of Almagro Classical Theatre Festival. Photo courtesy of the Creative Commons.

Among the international productions, it is worth mentioning the Spanish premiere of Steven Berkoff’s acclaimed Shakespeare’s Villains from Britain. And from Poland, Song of the Goat’s Songs of Lear, directed by Grzegorz Bral, is a breathtaking adaptation of King Lear into twelve songs that reduces the play to its essence. Finally, the guest country this year was India, and the company Margi Kathakali (Trivandrum, India) created a kathakali version of the Quixote for the occasion, Kijote Kathakali (read more about it here, here and here). 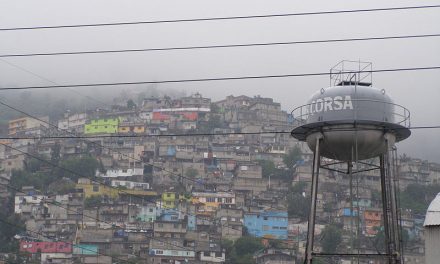 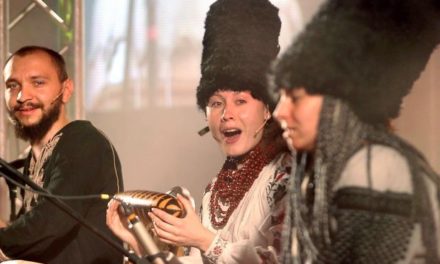 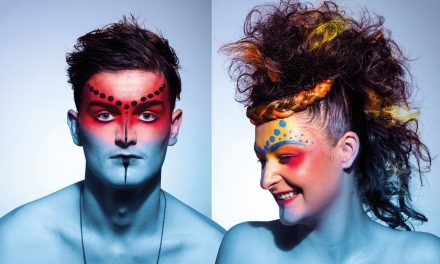